“The SPiN Thoracic Navigation System® allowed for sampling of a Left Lower Lobe lesion that was otherwise not accessible by fluoroscopy or under CT guidance.” 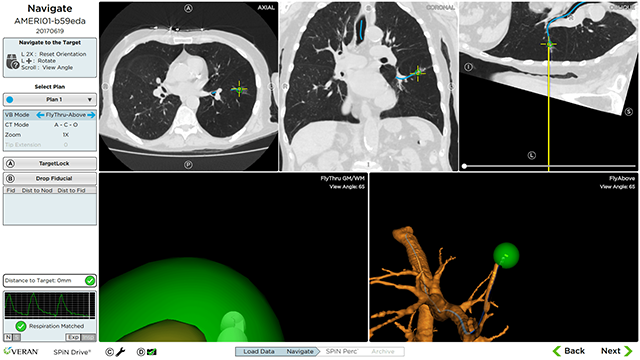 Patient History
A 75 year-old male with a history of smoking that quit 10 years ago and presented with severe COPD. He was seen in clinic for COPD follow up, where the practicing physician recommended a CT scan that incidentally found the ground glass opacity nodule.

Planning
Veran’s SPiN Planning® system was used to successfully target an 8mm Ground Glass Lesion located in the superior segment of the left lower lobe. Due to the Ground Glass characteristics, an 8mm sphere was placed on the target. In addition to targeting, it was also identified that the lesion showed 9mm of movement between inspiration and expiration. This allowed for accurate biopsies during the respiratory cycle.

Procedure
Dr. Elamin successfully navigated to the superior segment of the left lower lobe using the Always-On Tip-Tracked® serrated cup forceps and brush to take multiple biopsies of the 8mm lesion. The biopsy samples were immediately analyzed by Rapid On- Site Evaluation (ROSE), and Small Cell Carcinoma was identified from a touch prep of the trans-bronchial biopsies. The final pathology report confirmed this diagnosis, and the patient was sent for SBRT. 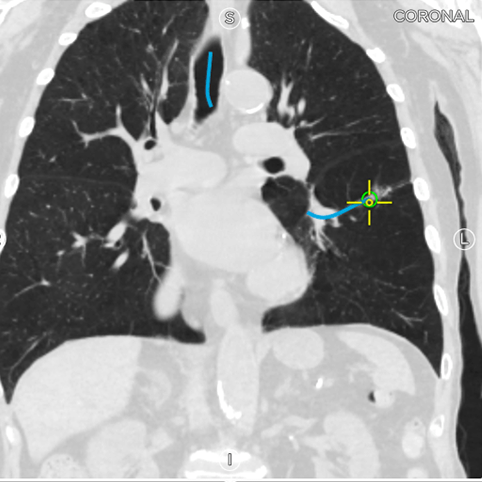 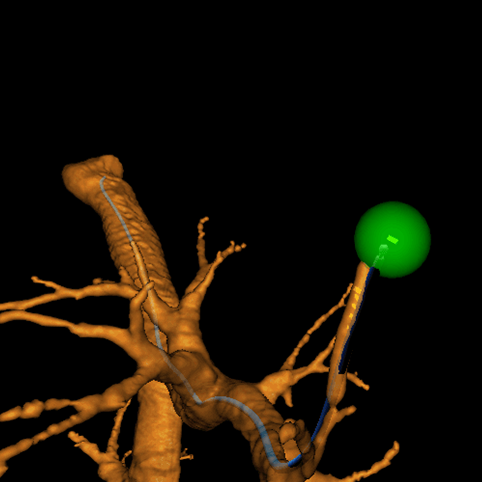 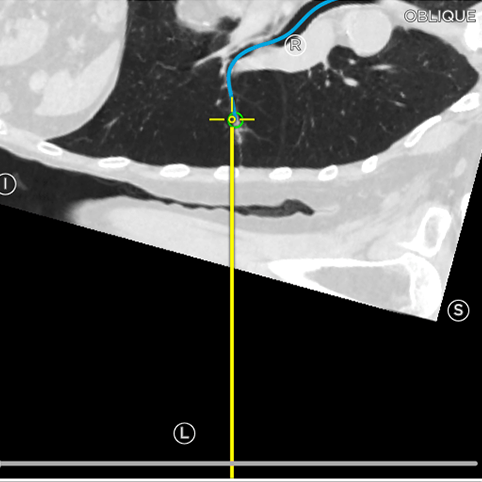