“Based on my clinical experience and evaluation of the radiographic findings, I trusted that the Veran platform would be the most efficient way to provide a timely and accurate diagnosis. We used a variety of Always-On Tip Tracked® instruments to obtain ample tissue to help provide a diagnosis for our patient.” 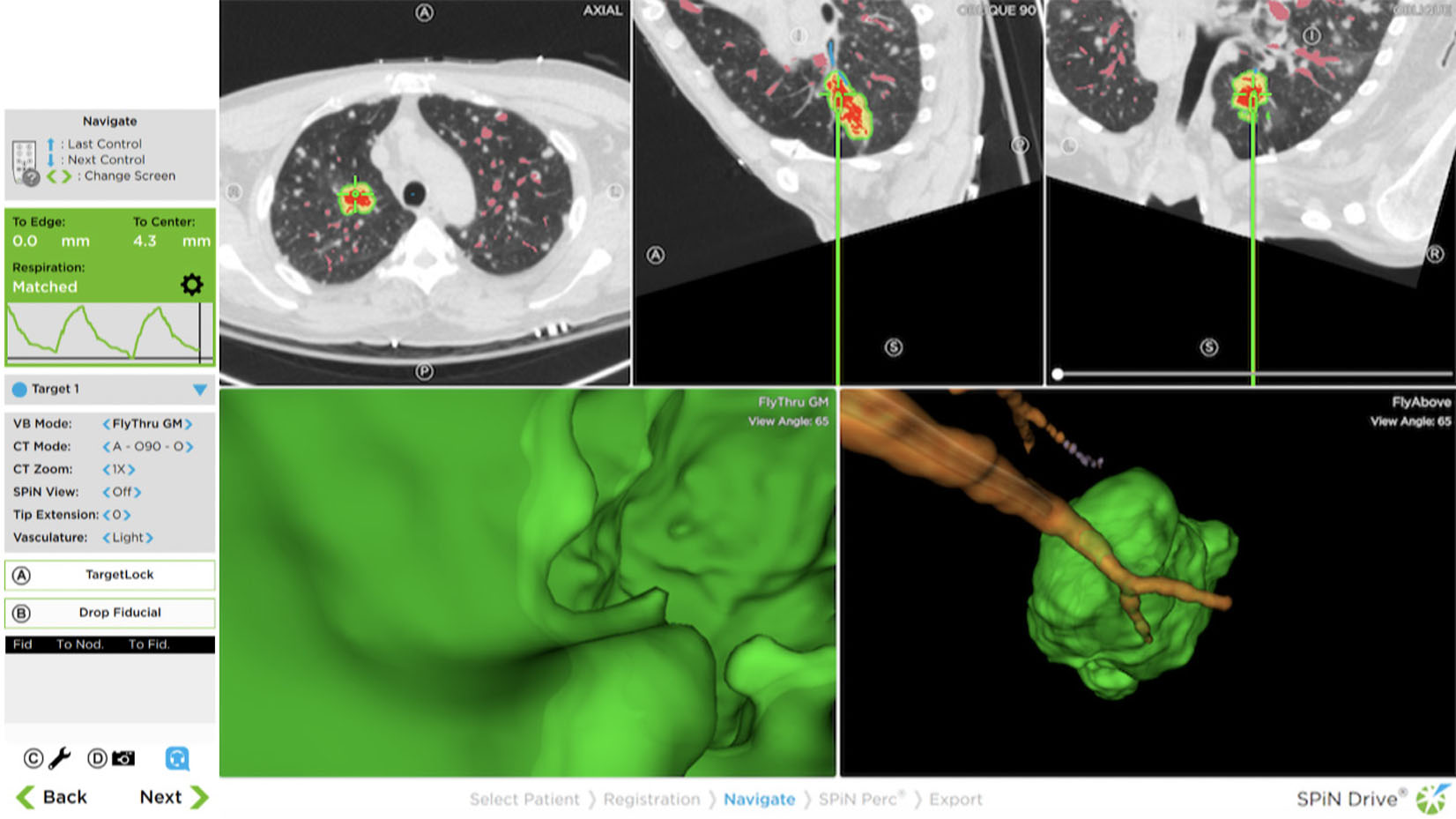 Patient History
The 63-year-old-male patient had a 20-pack-year history prior to ceasing smoking several years ago. He was referred to Dr. Flesher after presenting to his PCP with complaints of exercise-induced, left-sided rib pain, mild cough, and unintentional weight loss. The CT scan revealed innumerable, bilateral densities with a 4.4cm left upper lobe dominant mass lesion. Other findings included diffuse mediastinal and hilar lymphadenopathy and low-density hepatic lesions of unclear significance. Based on these findings, Dr. Flesher opted to use guided endobronchial navigation for a more definitive diagnosis of the primary pulmonary lesion.

Planning
The patient was given a same-day, respiratory gated CT scan prior to the procedure. Dr. Flesher used the scans in combination with Veran’s SPiN Planning® software to segment the 4.4cm mass and confirm the presence of a direct bronchus sign. The software allowed Dr. Flesher to review his plan by virtually visualizing the exact pathway to the nodule as well as see the mass was moving 8.9mm.

Procedure
After the patient was anesthetized, a diagnostic bronchoscope was used to visually inspect the airways. Dr. Flesher began navigation using the Always-On Tip Tracked® forceps to automatically register the patient’s real-time anatomy with SPiN Drive® software. He then navigated to the lesion of interest to obtain several biopsies. Dr. Flesher also used the SPiN Flex® 22ga needle and Always-On Tip Tracked® brush to collect additional cytological samples before completing the procedure. Rapid On-Site Evaluation initially made a call of atypical cells that appeared to be consistent with Metastatic NSCLC, likely Adenocarcinoma. Dr. Flesher continued collecting samples to send to surgical pathology where results revealed Metastatic NSCLC, Squamous Cell. The patient was referred to an Oncologist for chemotherapy and radiation. 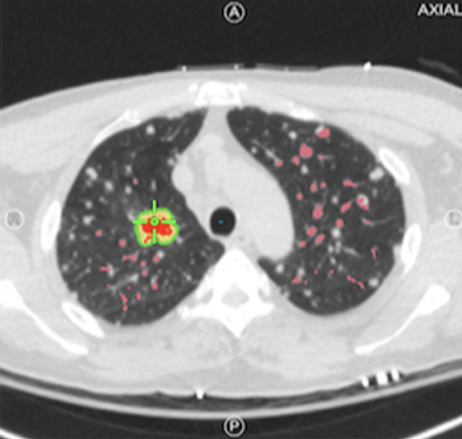 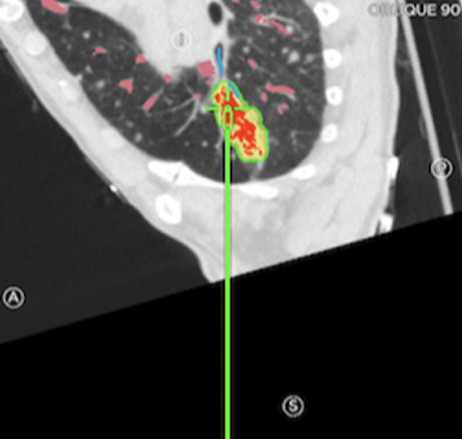 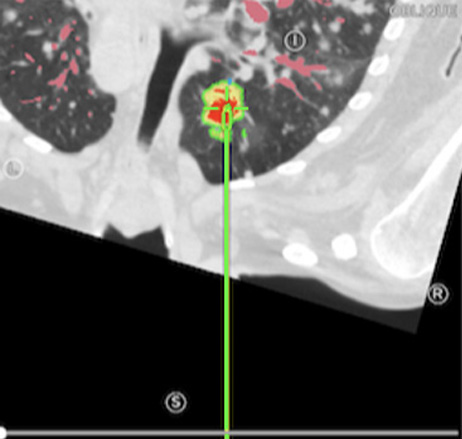