“We decided to use the SPiN Thoracic Navigation System® to help diagnose this right upper lobe nodule located in the periphery, because it offers our patients a less invasive approach to obtain a diagnosis. The SPiN Thoracic Navigation System® helps us diagnose challenging targets in the periphery, which helps speed time to treatment to ultimately save lives.” 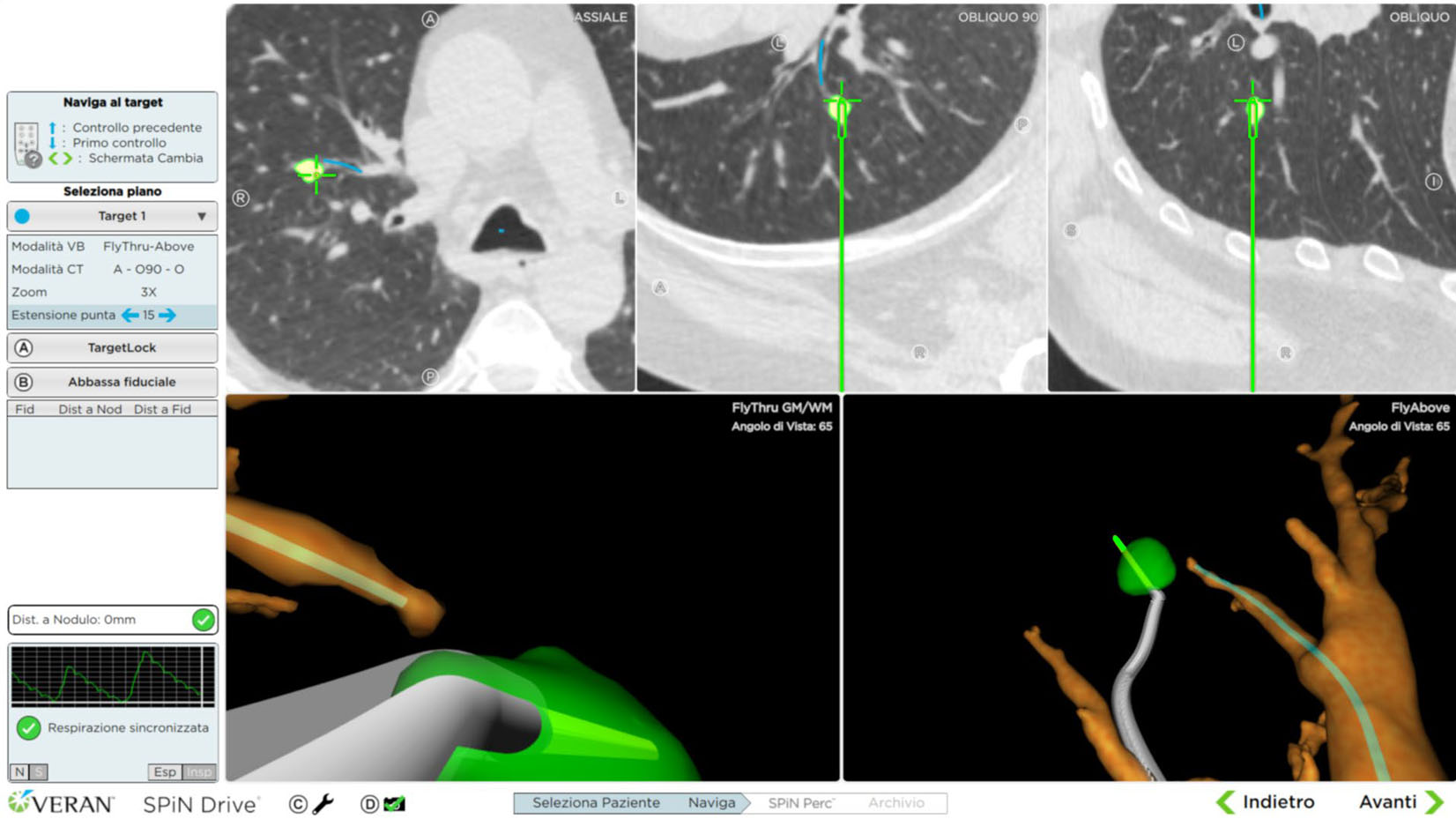 Patient History
This patient is a 59-year-old male who presented with a heavy smoking history. A right upper lobe (RUL) nodule was found incidentally on a scan conducted two years ago. The patient was referred to Dr. Casablanca for diagnosis since the nodule increased in size. He scheduled the patient for a bronchoscopy procedure with the SPiN Thoracic Navigation System® to help diagnose this RUL nodule.

Planning
A CT scan using Veran’s same-day inspiration/expiration protocol was conducted prior to the procedure. Dr. Casablanca started by using the SPiN Planning® software to segment a 12mm nodule in the RUL. The SPiN Planning® software revealed that the nodule was moving 5mm during respiration. Further examination of the CT scan revealed the nodule had a negative bronchus sign. Dr. Casablanca planned to sample the nodule with a tip-tracked needle in order to access the eccentric target.

Procedure
After planning was completed, the patient was placed under general anesthesia. The field generator was placed over the vPads®, which allows for an automatic registration. Dr. Casablanca was able to successfully reach the RUL nodule using the Always-On Tip Tracked® 19ga needle and brush. Since the nodule was outside of the airway, Dr. Casablanca aligned the trajectory of the tip-tracked needle and conducted a transbronchial biopsy. He was able to time each biopsy with matched respiration because of the gated respiratory CT scan. The tip-tracked instruments allow for continual navigation guidance during biopsy without the need of fluoroscopy. The samples obtained with the SPiN Thoracic Navigation System® revealed that the RUL nodule. Was adenocarcinoma. As a result, the patient elected for a lobectomy and lymphadenectomy. The final diagnosis was adenocarcinoma of the lung pT1a N0 M0, stage IA1. 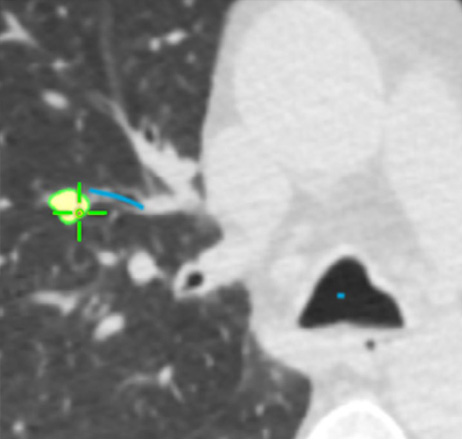 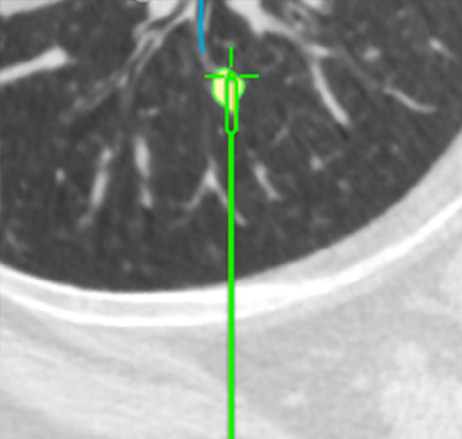 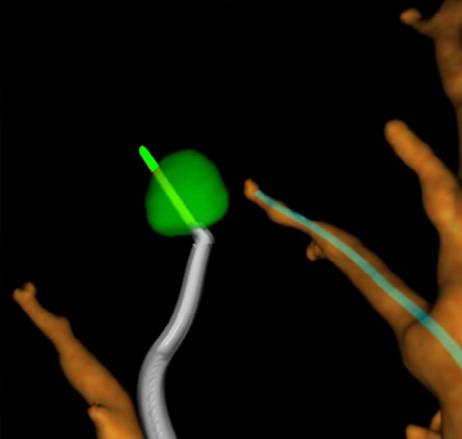