The small size of the Ground-Glass Opacity with greater movement than its diameter did not inhibit Dr. Raval’s decision to biopsy as the SPiN System® would track his sampling tools as well as the nodule’s location throughout the entirety of the procedure. “The ability to track respiration during the procedure is very important, especially in this case because the nodule moved a distance greater than its size. The Always-On Tip Tracked® instruments also provided the confidence to sample this 7mm sub-solid nodule to obtain reliable tissue and achieve a diagnosis for the patient.” 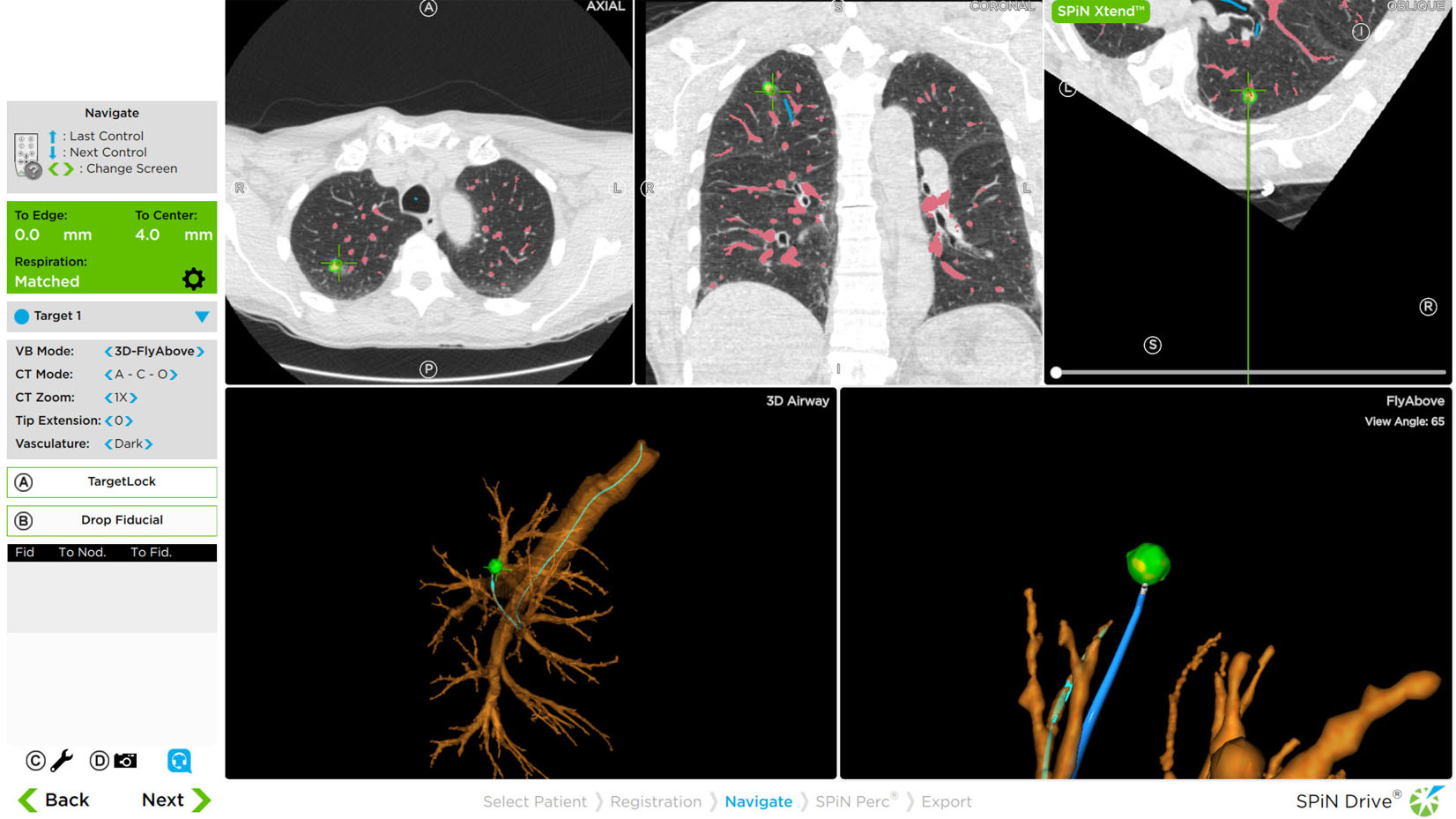 Patient History
This 78-year-old male patient was referred to Dr. Raval approximately three months prior to his visit from the patient’s primary care physician after routine testing revealed an abnormal SPEP with elevated IgM kappa monoclonal protein. A bone marrow biopsy confirmed Waldenstrom macroglobulinemia. The Mayo risk calculator indicated the overall risk of the nodule being malignant was close to 60%. The patient reported a remote history of smoking for 30 years. The option of watchful waiting versus pursuing a biopsy with navigation was given to the patient. The patient decided to pursue biopsy, which was presented in the tumor board and after all consideration. Dr. Raval made the decision to do a navigated bronchoscopy to biopsy the sub-centimeter lesion.

Planning
Dr. Raval created a plan for the procedure utilizing a same-day respiratory gated CT scan with Veran’s SPiN Planning® software. The 7mm GGO was segmented revealing the different densities of the target to help achieve optimal samples as well as 9mm of motion during respiration, a distance greater than its size. Dr. Raval noted the target’s location in the right upper lobe apical segment during mapping.

Procedure
The procedure began with an airway visualization. Dr. Raval completed an automatic registration in the SPiN Drive® software to navigate to his target. Using the Always-On Tip Tracked® Serrated forceps, he timed his biopsies with matched respiration focusing on the target entry indicator. Dr. Raval continued sampling with fine needle aspirations using the SPiN Flex® 22ga Needle to maneuver the turns of the upper lobe. The navigated bronchoscopy was completed with Veran’s tip-tracked brush and a bronchoalveolar lavage. Dr. Raval addressed the adenopathy by sampling lymph tissue with endobronchial ultrasound. Final pathology results from the navigated bronchoscopy’s samples revealed Adenocarcinoma. The patient underwent VATS with a right upper lobectomy a few weeks after the bronchoscopy. The patient reports feeling well and staying active with minimal discomfort. 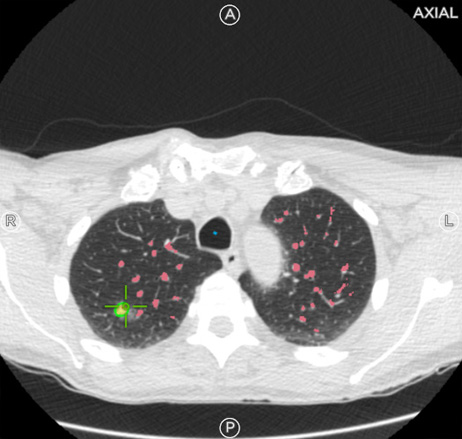 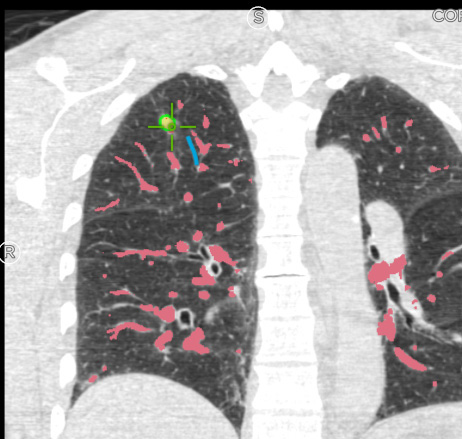 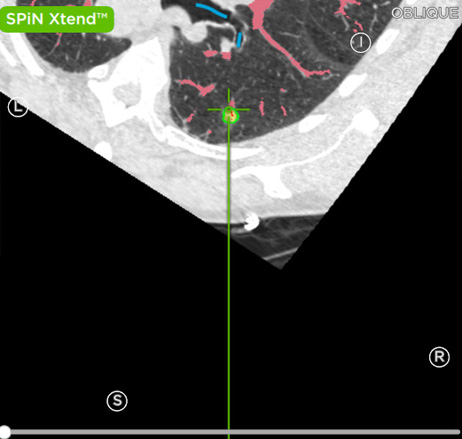