Diagnosis and Fiducial Placement in One Procedure with SPiN Perc®


“We were able to successfully obtain biopsies with an endobronchial approach, but having the ability to easily transition to SPiN Perc® gave us the confidence to obtain a diagnosis during the procedure.” 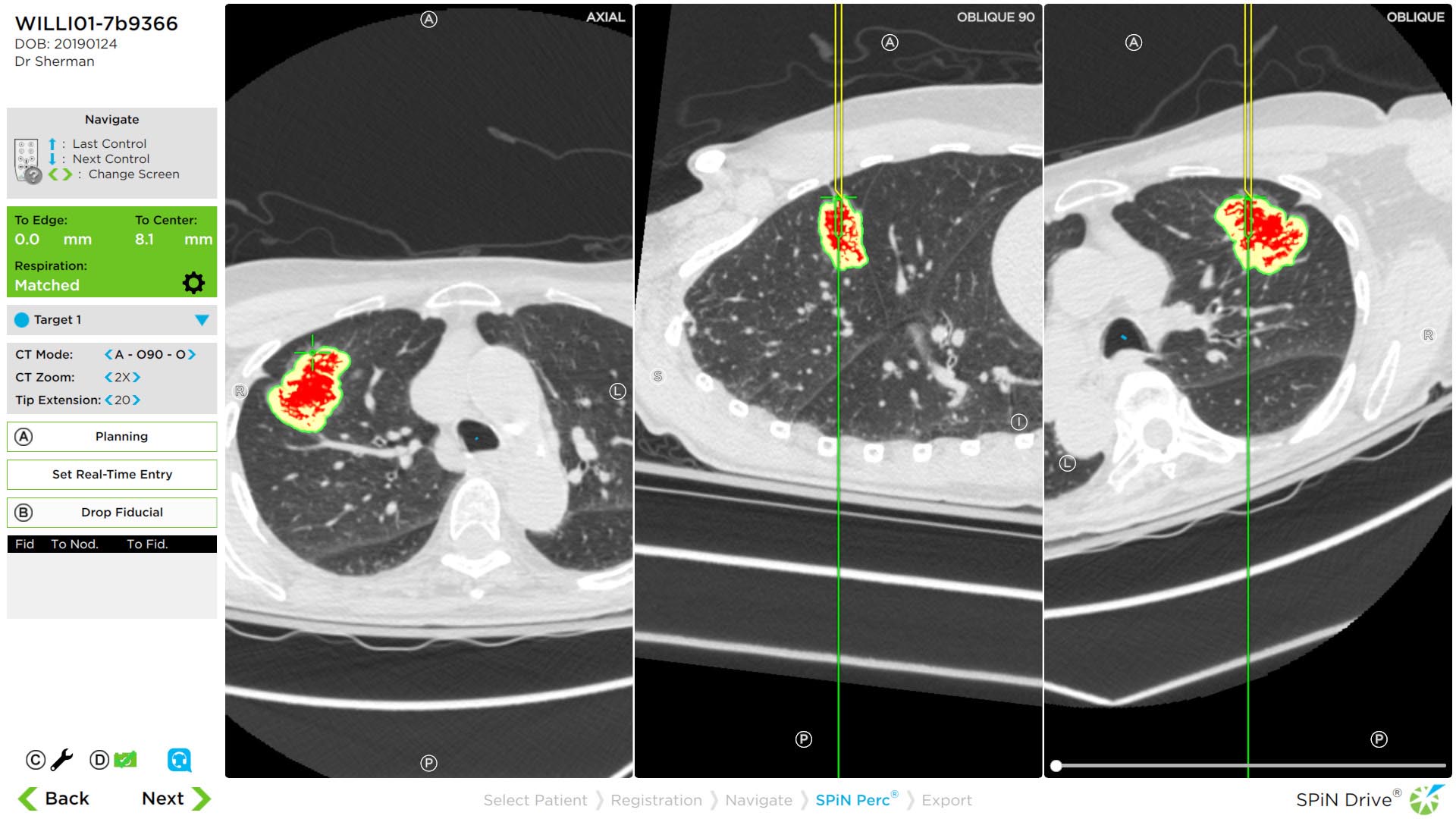 Patient History
This patient was admitted to Williamson Medical Center 6 weeks prior to procedure with pneumonia, and imaging discovered a lesion in the RUL. After a round of an antibiotic regimen, the lesion was unchanged. Dr. Sherman decided to proceed with a Veran procedure to diagnose the lesion.

Planning
Dr. Sherman used the SPiN Planning® software to segment the RUL mass and define a pathway to biopsy the mass using endobronchial navigation. Due to the location of the chest wall lesion outside the lung periphery, Dr. Sherman determined SPiN Perc® would be needed to access the lesion. He planned a trajectory from an anterior approach to percutaneously biopsy the chest wall lesion. 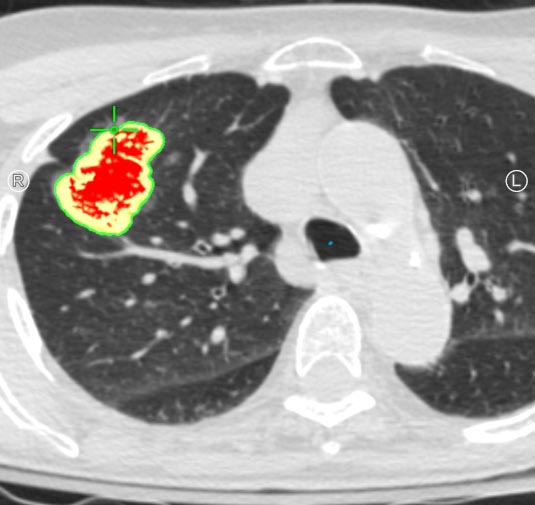 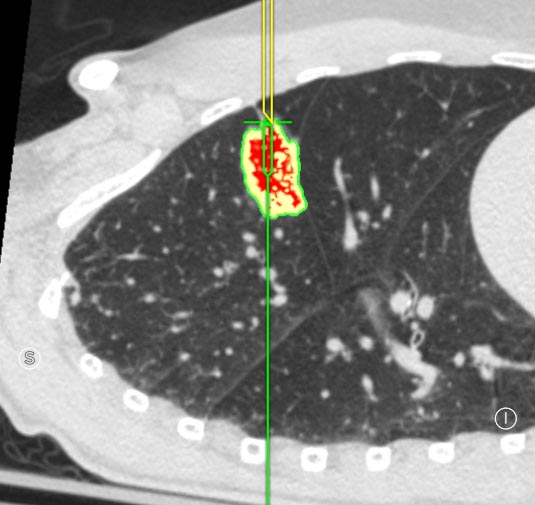 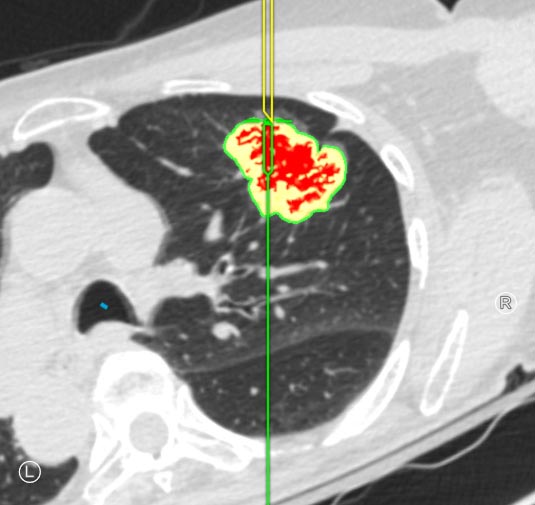