Diagnosis and Initial Treatment Steps Conducted in One Procedure 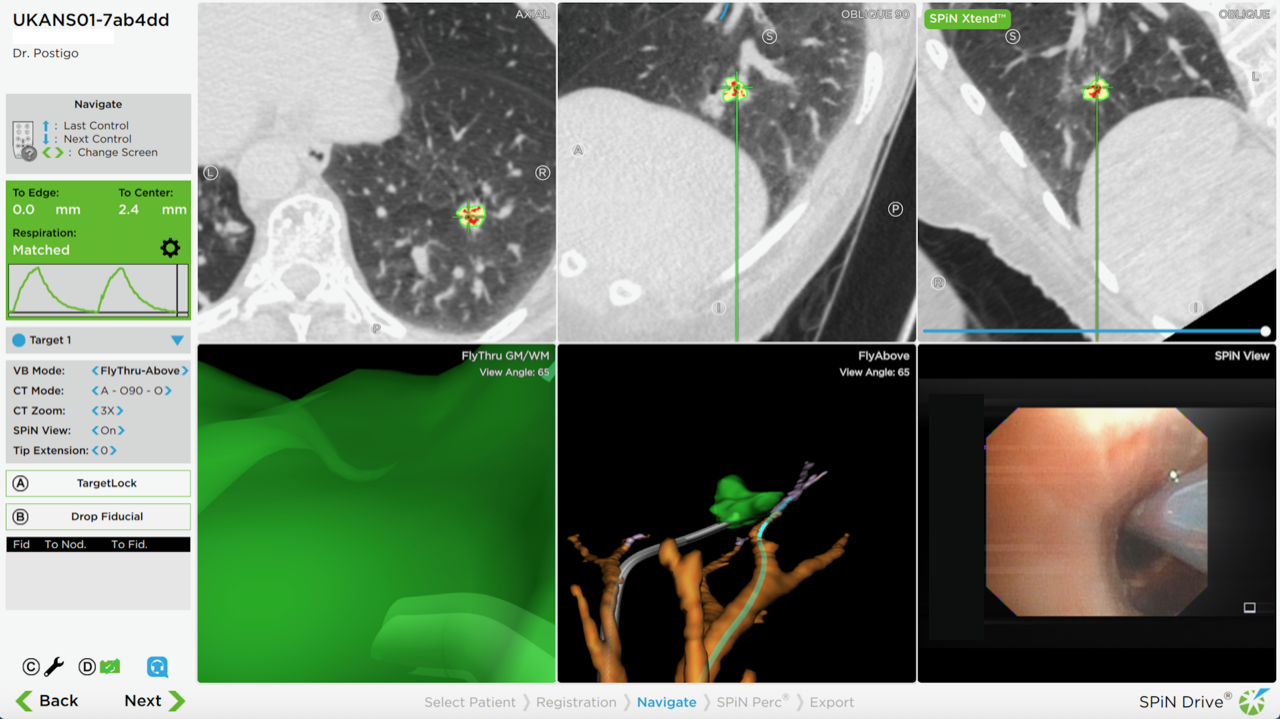 Patient History
This 73-year-old female was referred for a diagnostic tissue biopsy of a right lower lobe nodule that was noted on a recent PET scan. The patient was treated with radiation for squamous cell carcinoma within the left lung one year prior. A navigated bronchoscopy procedure utilizing the SPiN Thoracic Navigation System® was scheduled to determine the possibility of recurrence.

Planning
Dr. Postigo utilized the SPiN Planning® software to segment a target located in the right lower lobe. He segmented the target, which revealed that it was 16mm in size and moving 27mm between inspiration and expiration phases. Dr. Postigo also wanted to utilize the SPiN System® to place Calypso® Anchored Beacon® transponders during the procedure. He opted to utilize SPiN Drive® technology to aid with the measurement and accurate placement during the procedure.

Procedure
Dr. Postigo started the procedure with EBUS. Once adequate samples were obtained, he transitioned to navigation. Dr. Positgo was able to successfully navigate to the target using a slim scope with tip-tracked forceps. Respiratory gating was pertinent at the time of biopsy since the nodule was a moving a distance greater than its size. Dr. Postigo then obtained additional samples utilizing the SPiN Flex® needle and tip-tracked brush. Once adequate samples were obtained, Dr. Postigo then placed one Calypso® Anchored Beacon® transponder strategically near the RLL target using the View Peripheral Catheter®. He then opted to strategically place two more Calypso® Anchored Beacon® transponders utilizing the SPiN Access Catheter®. Final pathology findings confirmed the right lower lobe nodule was adenocarcinoma. The patient will undergo SBRT with the Calypso® system. 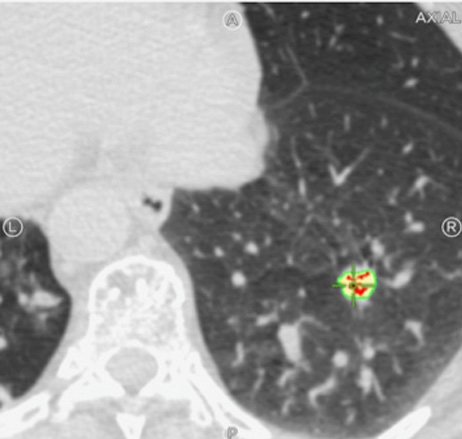 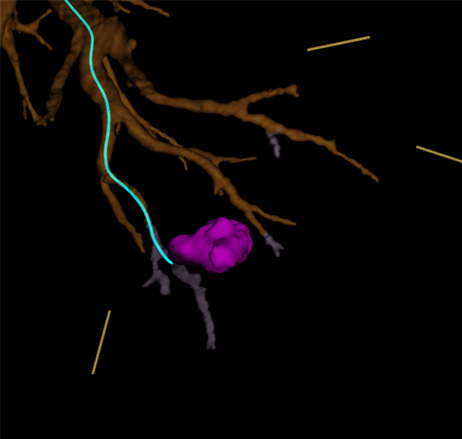 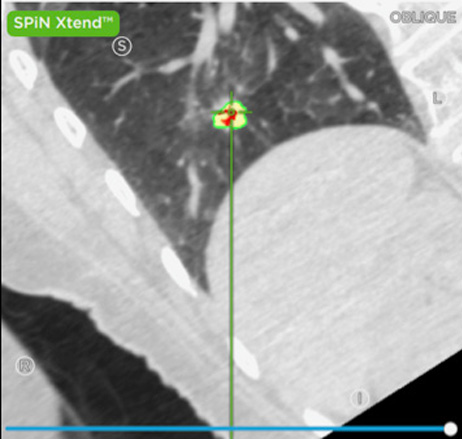