Dr. Kim often utilizes the SPiN Thoracic Navigation System® to localize prior to resections, but this lesion presented a different challenge than past cases. “This lesion was very deep compared to localizations we usually do. Localizing at two positions allowed me to predict the lesion’s location and plan the wedge accordingly.” Veran’s SPiN Perc® platform helped Dr. Kim formulate a plan specific to his patient’s needs. 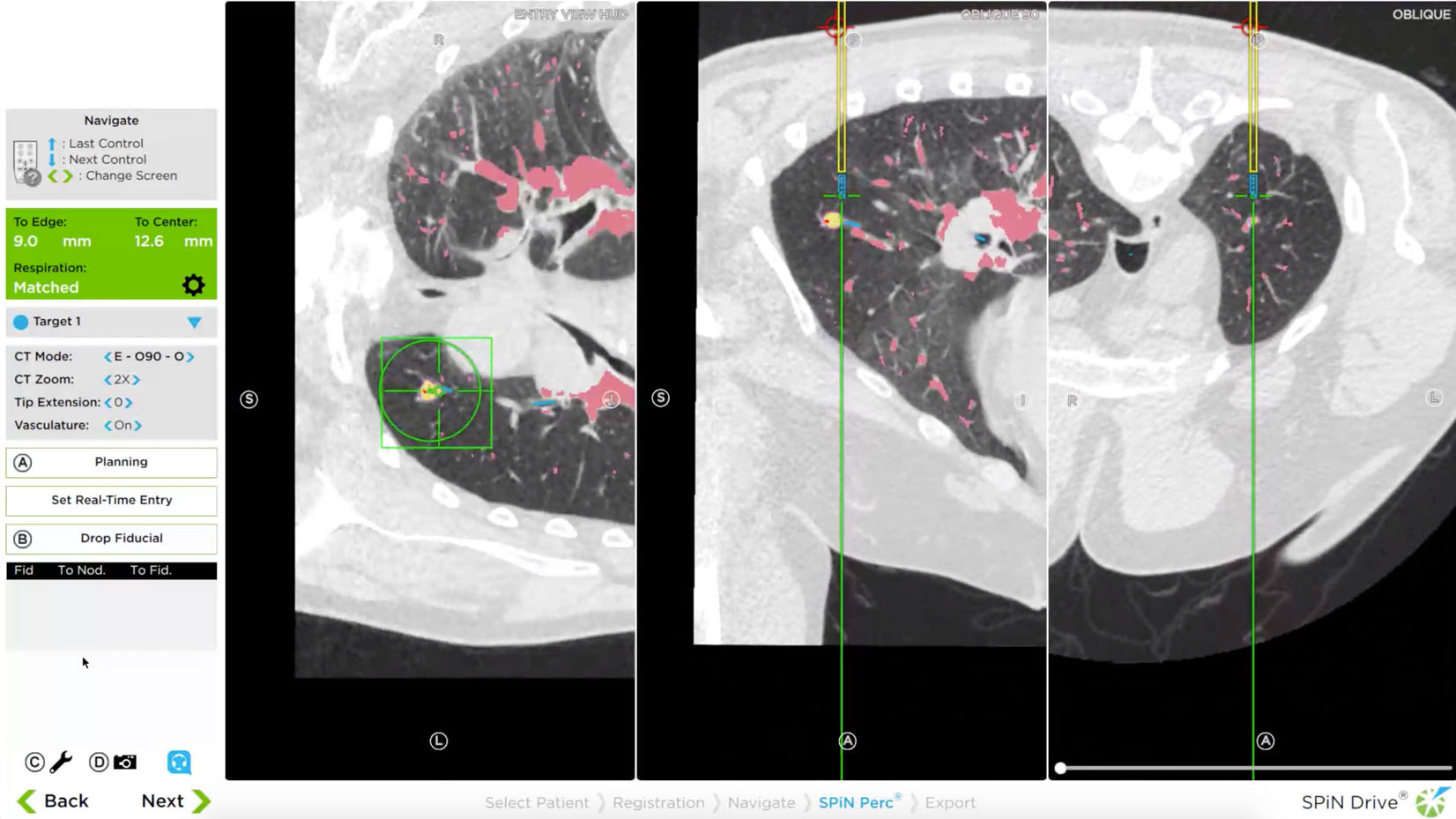 Patient History
This 71-year-old male came to Dr. Kim with a 6mm left upper lobe nodule found during a routine scan for a left hilar calcified lymphadenopathy found two years earlier. A follow up scan was recommended. Nine months after the nodule was discovered a repeat CT Scan showed the nodule had grown from 6mm to 8mm in size. The patient had no history of smoking and was not showing symptoms, but a robotic-assisted diagnostic wedge resection with a possible lobectomy was scheduled due to the growth.

Planning
Dr. Kim planned to use the SPiN Thoracic Navigation System® to localize the nodule prior to the wedge resection to assist in finding the nodule in response to not having tactile feedback from the robotic device and the nodule’s deep location. The patient underwent a Respiratory Gated CT Scan to be used with the SPiN Planning® software. The 8mm nodule was segmented and measured to be 5cm deep to the pleural surface. Knowing the nodule would make for a challenging resection to get a diagnosis, he planned to localize the nodule at different depths and angles to predict the location of the nodule more accurately during the procedure.

Procedure
Dr. Kim quickly performed an automatic registration in the SPiN Perc® software and began to line up his target and entry point using a nonsterile needle to mark the skin. He then used a sterile SPiN Perc® Localization needle to move forward with the localization procedure. Dr. Kim advanced the needle during the patient’s expiratory state to a placement just inferior to the nodule and injected a mixture of 0.8cc of dye. He then made a second marking with the same mixture on the surface of the pleura. He found localizing in this way helped him to measure out his trajectory and plan for his incisions with the robotic stapler instead of lifting the lung and estimating the positioning of the deep, 8mm nodule. The wedge Dr. Kim removed was found to have morphologies consistent with Non-Small Cell Lung Cancer by pathology. The right upper lobe was then resected in the same procedure, and no further cancer signs have been detected. 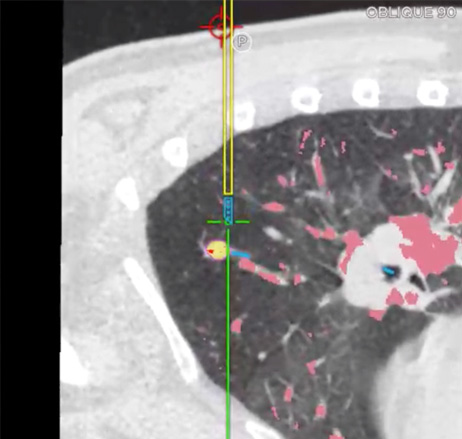 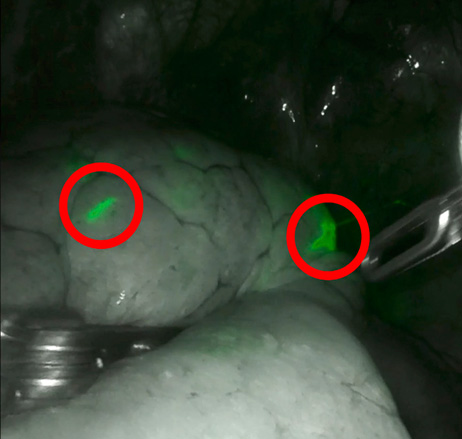 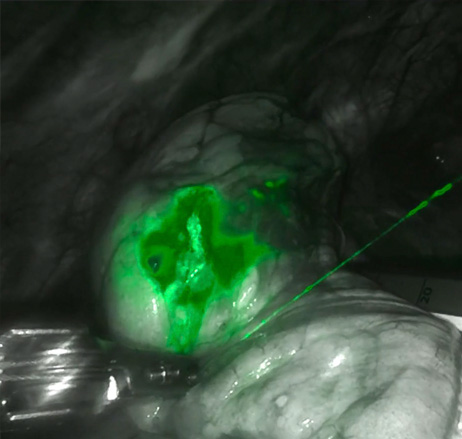