“The Veran system allowed me to localize the lesion using two methods at once; dye and fiducial markers. Upon resection, both the dye and markers aided in the quick identification of the tissue containing the lesion.” 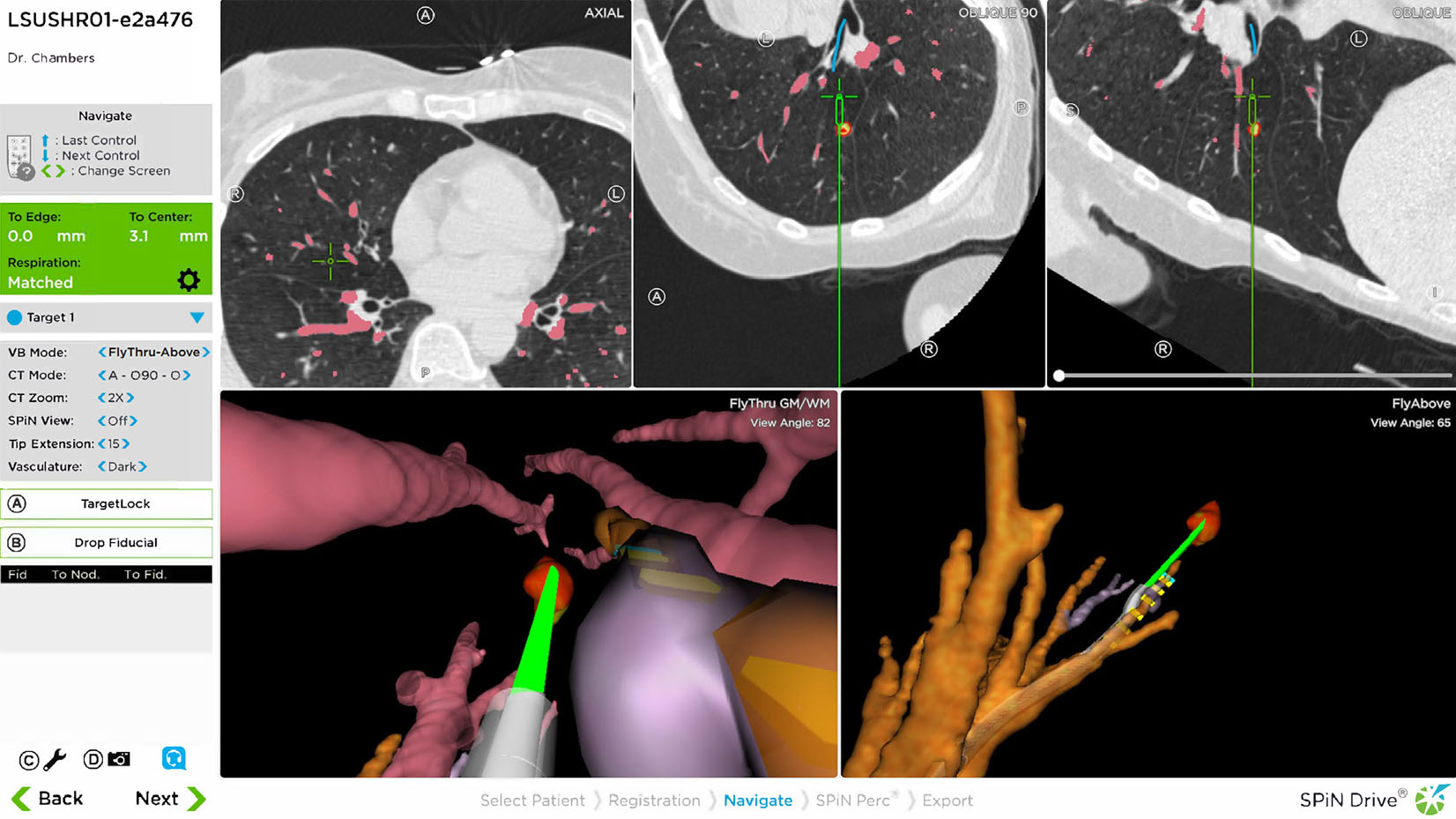 Patient History
This patient with a history of severe COPD and smoking presented with multiple small lung nodules in 2017. By 2019, the physician team felt one nodule was a high risk for malignancy based on a significant increase in size and planned for surgical resection.

Planning
Due to the nodule’s location deep in the right middle lobe and along a major fissure, the physician team determined localization would be needed to successfully identify and resect the nodule. The patient was scanned in the supine position using the Veran CT protocol. Upon reviewing the CT scan, Dr. Chambers noted there was a direct airway to the nodule, as well as the central, deep location of the nodule. Dr. Chambers and the surgical team decided to proceed with an endobronchial localization using dye and fiducial markers.

Procedure
Dr. Chambers first completed registration using the Always-On Tip Tracked® serrated forceps. He then navigated out to the lesion using the 21ga needle, and injected dye to mark the lesion. Dr. Chambers then used the Always-On Tip Tracked® Brush to place 3 fiducial markers in a triangle formation around the lesion. During the surgical resection using robotics, the dye stain was clearly visible on the inferior surface of the right middle lobe, deep within the fissure. After resecting a wedge containing the dye, Pathology confirmed the presence of the nodule and a diagnosis of adenocarcinoma. With a definitive diagnosis, the patient underwent completion lobectomy of the right middle lobe. 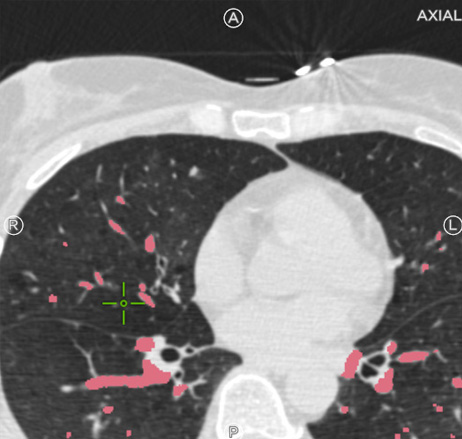 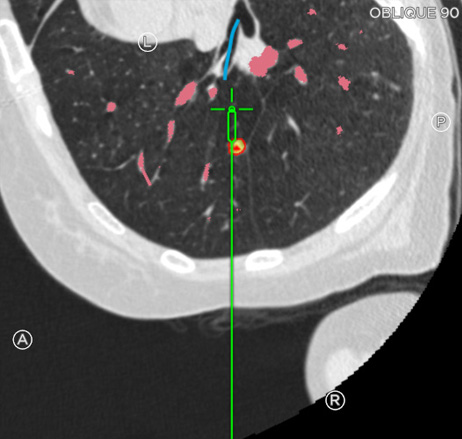 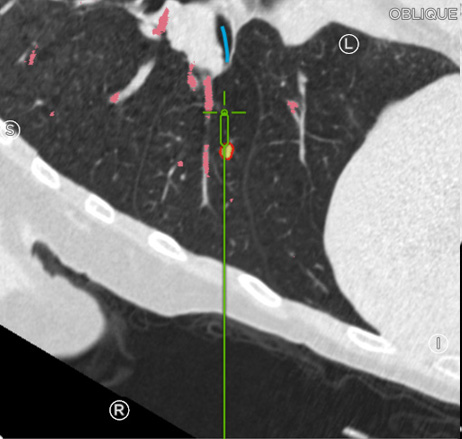