“Veran was essential in locating this nodule as there was no solid component and the depth from the pleura was concerning. Precise localization was required to spare as much healthy lung tissue as possible if the biopsy proved negative. Normal localization by palpation would have required an open thoracotomy, a much more invasive procedure.” 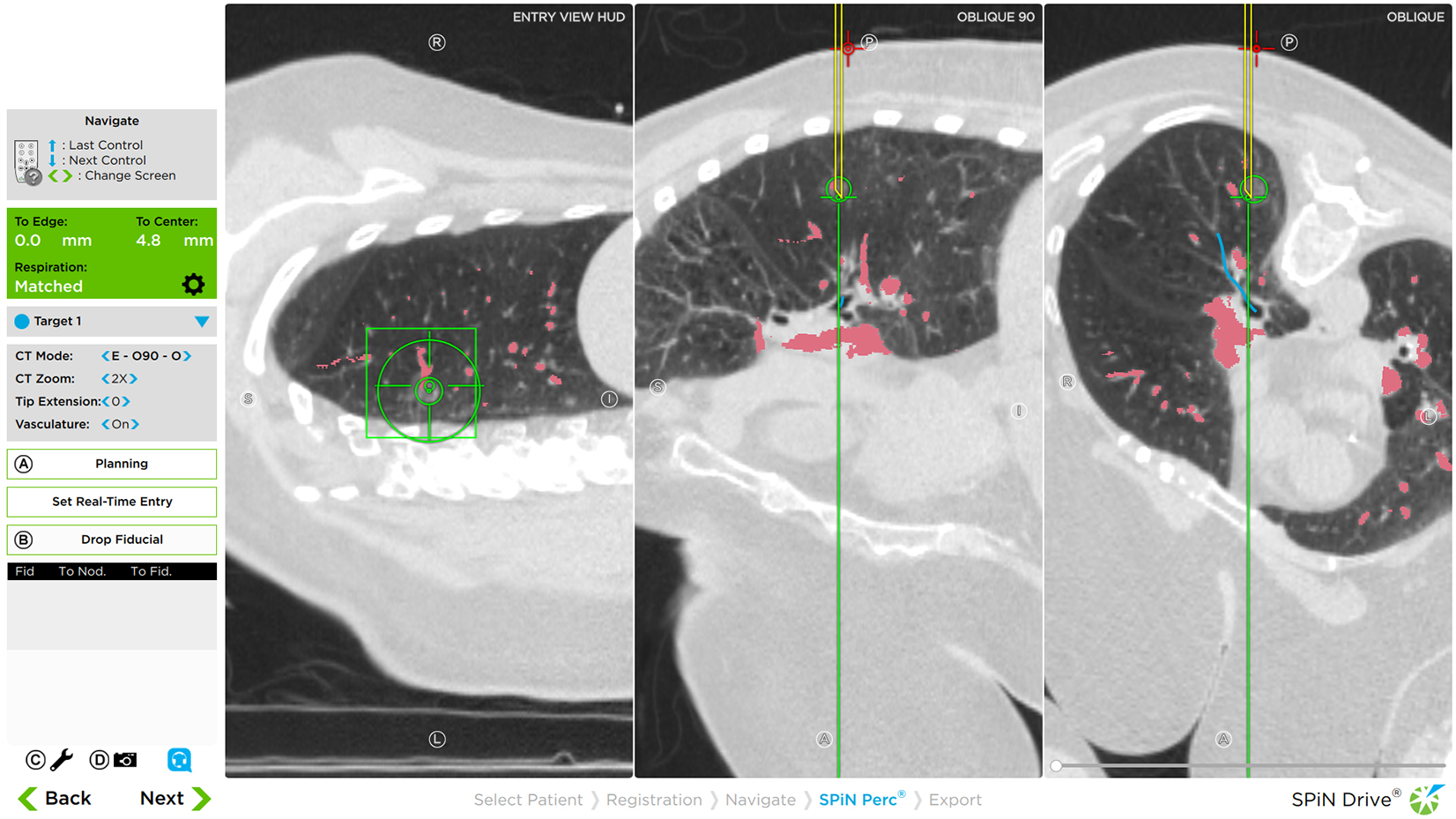 Patient History
The patient is a 74-year-old female former smoker with a 45 pack year history. She quit smoking in 2013. She was referred to Dr. Monteith after her pulmonologist incidentally discovered a 10mm right lower lobe ground-glass opacity nodule. A PET-CT showed the nodule to be growing in size and PET-avid with an SUV of 2.4. The patient’s case was presented at the hospital’s multidisciplinary Lung Nodule Conference where the consensus was the nodule likely represented a malignancy and to proceed with surgical biopsy with intra-operative frozen section and possible lobectomy.

Planning
The patient was scanned in the right lateral decubitus position with Veran CT protocol. This would allow Dr. Monteith to perform the localization with the patient already in position for robotic thoracoscopic surgery. Dr. Monteith used the Veran SPiN Planning® Software to drop a sphere to target the 10mm ground-glass opacity nodule and plan his entry point and trajectory.

Procedure
The patient was intubated and positioned in left lateral decubitus position for thoracoscopy. After a quick registration with the Always-On Tip Tracked® Forceps, the procedure transitioned to SPiN Perc®. Dr. Monteith used the SPiN Perc® Introducer Needle to inject 1mL of dye into the target, and proceeded to make another marking on the surface of the lung parenchyma. As the robotic resection began, Dr. Monteith was quickly able to identify the dye marking, using fluorescence imaging. He resected a wedge encompassing the marking. On examination of the specimen, the nodule was not at all palpable. Pathology confirmed the presence of the nodule and confirmed a diagnosis of adenocarcinoma. Dr. Monteith proceeded with a robotic-assisted right lower lobectomy and mediastinal lymphadenectomy for definitive treatment of her early-stage lung cancer. Utilizing Veran to intraoperatively localize this nodule helped allow the patient to avoid a more invasive and lengthy procedure. 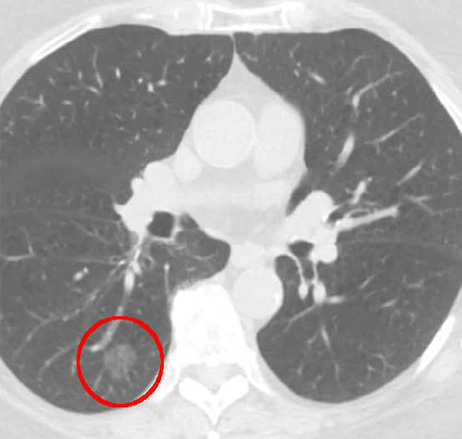 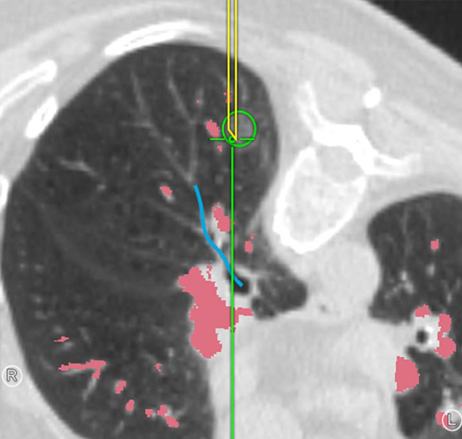 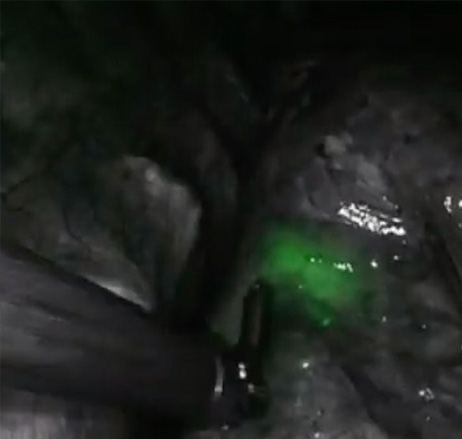