Conclusion: Inflammation due to infection


“I would not have been able to successfully localize this nodule with an ultrasound probe alone. The diagnosis from the wedge allowed me to save this patient from a full lobectomy.” 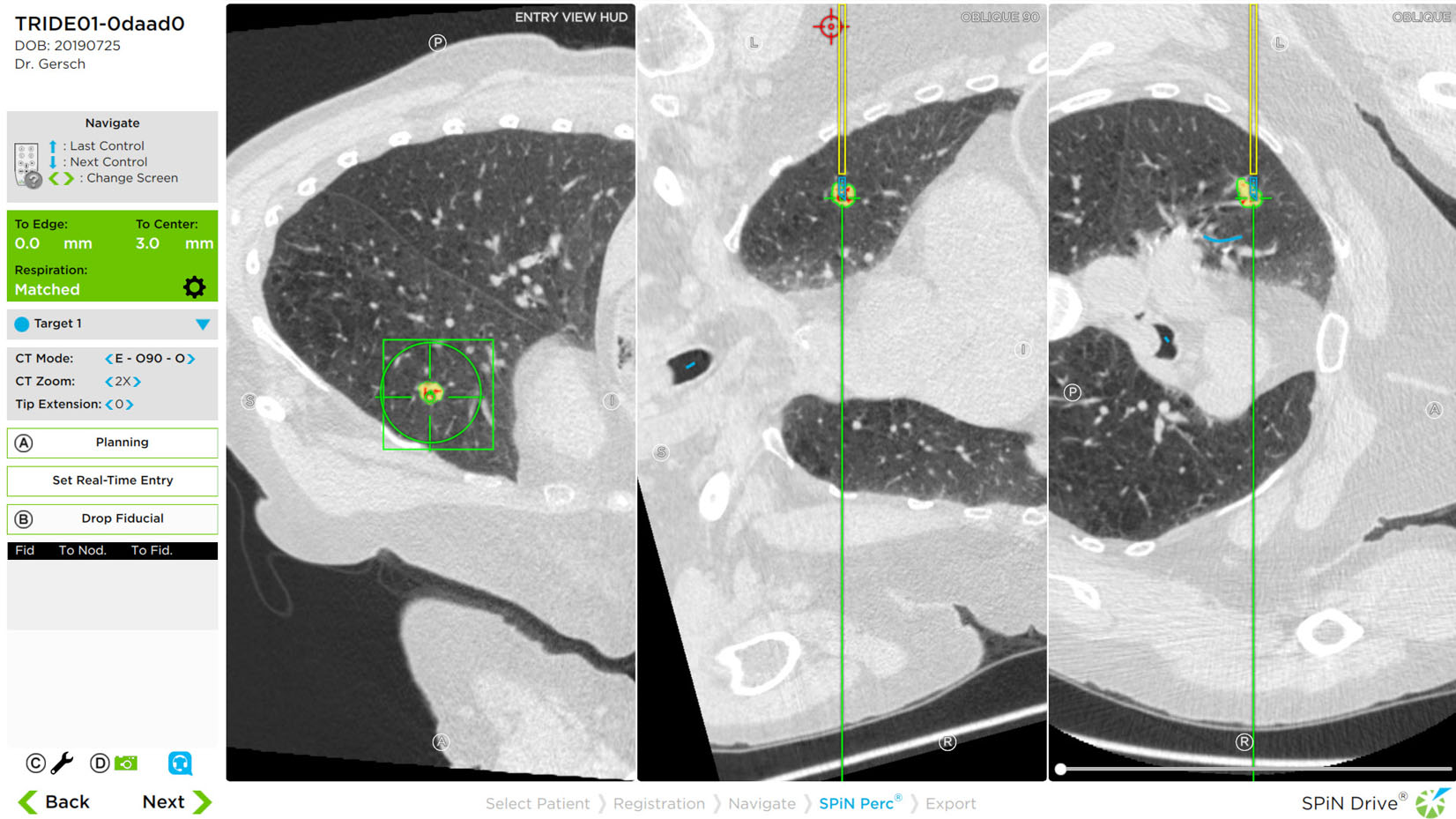 Patient History
This patient is a lifelong smoker, starting at the age of 8. She presented with a growing nodule in the right upper lobe which was positive on a PET scan. Based on the PET results and patient’s history, Dr. Gersch concluded this nodule had a high probability of being cancerous and decided to perform a diagnostic resection. Due to the patient’s poor lung function, she wanted a diagnosis before removing the entire lobe.

Planning
The patient was scanned in the left lateral decubitus position using Veran CT scan protocol. Upon reviewing the CT scan, Dr. Gersch identified and segmented the right upper lobe nodule using Veran SPiN Planning® software. Dr. Gersch noted the depth of this nodule, 4.5cm from the visceral pleura, would be a challenge to localize with an ultrasound probe. She determined the 1cm SPiN Perc® Localization Needle would be needed to access and accurately dye mark the nodule.

Procedure
Dr. Gersch first used the Always-On Tip Tracked® Forceps to perform endobronchial registration with the patient already in the lateral decubitus position for surgery. The procedure transitioned to SPiN Perc® for percutaneous localization. Dr. Gersch lined up her planned trajectory and injected 1cc of dye into the nodule using the 1cm SPiN Perc® Localization Needle. The Always-On Tip Tracked® technology of the needle allowed her to visualize her entry into the lung parenchyma and dye injection. Dr. Gersch transitioned to robotics for the resection of the lesion. A concentrated marking of dye was easily visible on the lung, and a wedge was resected containing the dye. Shortly after the wedge was removed, pathology confirmed the presence of the nodule in the wedge and a diagnosis of infection. Dr. Gersch was able to stop the procedure at the diagnostic wedge resection and spare the patient a lobectomy. 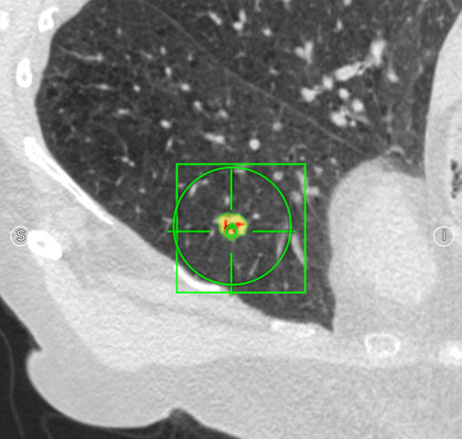 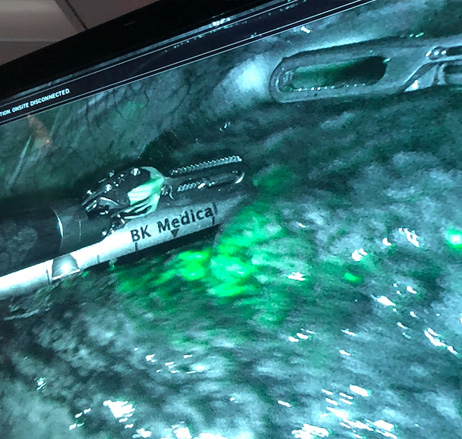 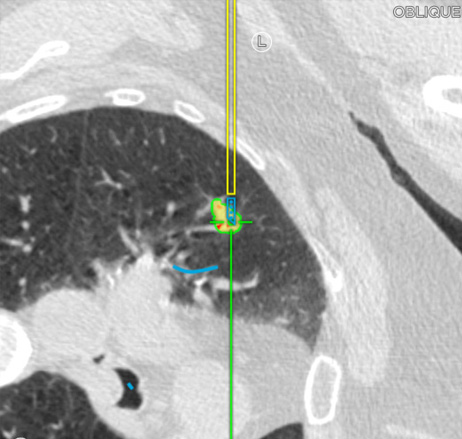