Dr. Ortegon stated, “The diagnosis was quickly made given my ability to confidently biopsy a difficult-to-reach lung mass given the anomalous RUL take-off and location within the lobe. The tip tracked technology allowed me to biopsy the mass nine times with enough samples to achieve a presumptive diagnosis on ROSE while not suffering any complications. Given my ability to quickly and accurately diagnose the patient’s malignancy, he was able to undergo an uncomplicated robotic lobectomy with clean margins. Veran’s technology unequivocally allowed this patient to undergo curative resection prior to the development of metastatic physiology.” 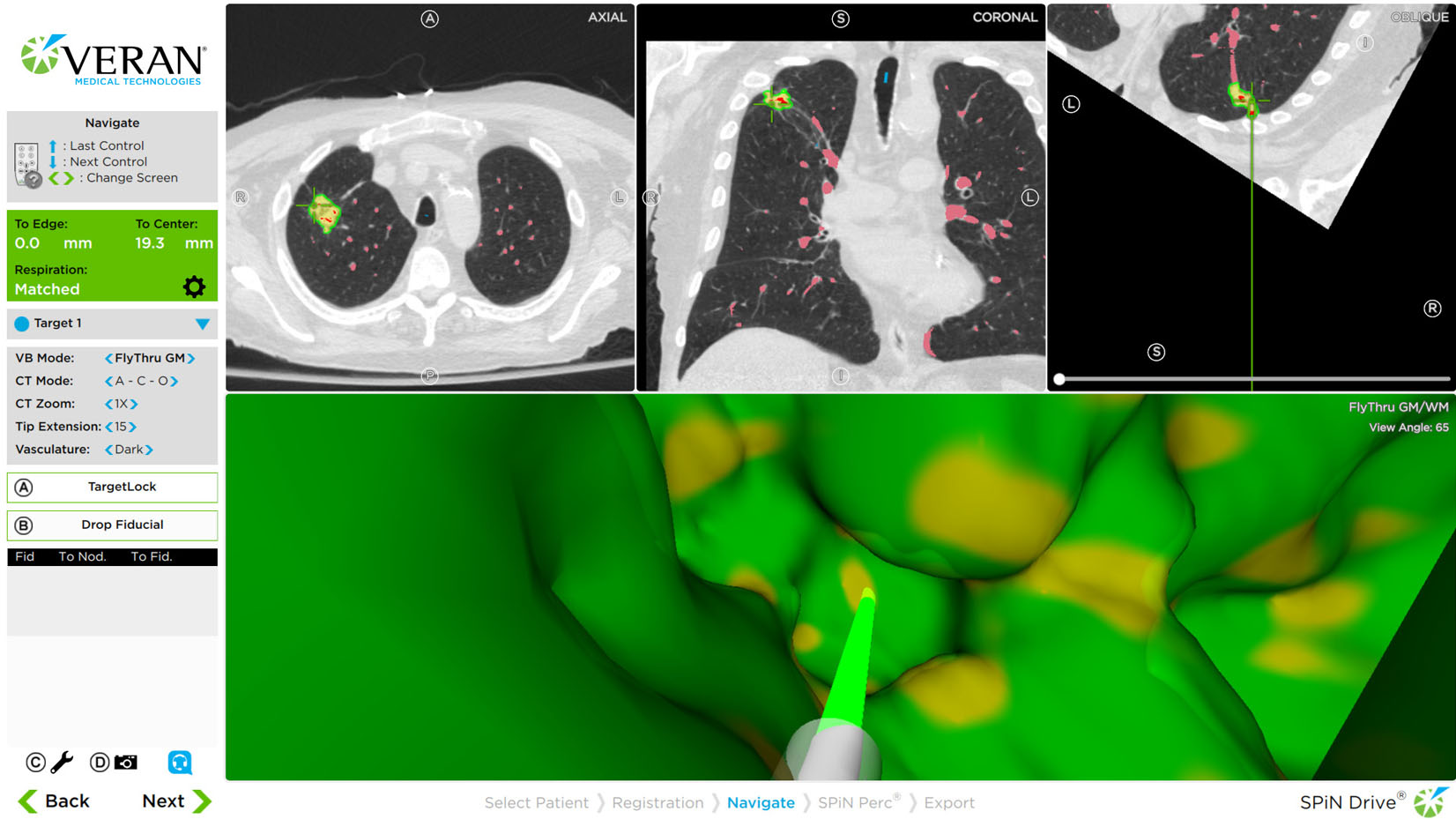 Planning
Dr. Ortegon used the SPiN Planning® software with a same-day respiratory gated CT scan to prepare for his procedure. The right upper lobe target was segmented on the same-day CT scan and was seen to have grown from 27mm to a 33mm mass. The software showed the mass to be 35.7mm from a known airway. The overlay of inspiratory and expiratory CT scans showed the nodule to be moving a distance of 12.4mm throughout respiration.

Procedure
Dr. Ortegon inspected the patient’s airways prior to beginning the navigated bronchoscopy. He then used a therapeutic bronchoscope with a tip-tracked instrument to perform an automatic registration in Veran’s SPiN Drive® software. He continued his procedure navigating to his target and manipulated his scope beyond an anomalous right upper lobe take-off and into the posterior segment. Dr. Ortegon performed six transbronchial needle aspirations with the Always-On Tip Tracked® 21ga Needle followed by three more with the tip-tracked 19ga Needle. He then used the tip-tracked brush to collect a brushing sample and finished his procedure with a bronchoalveolar lavage (BAL). Dr. Ortegon and his staff completed this procedure, including the navigation portion, without vendor presence due to the system’s ease of use. No evidence of hemorrhage was observed. Rapid On-Site Evaluation (ROSE) assumed an initial diagnosis of non-small cell lung cancer later confirmed to be Adenocarcinoma with no signs of metastasis. The patient underwent a right upper lobectomy with clean margins and no complications observed two months after the initial finding of the mass. 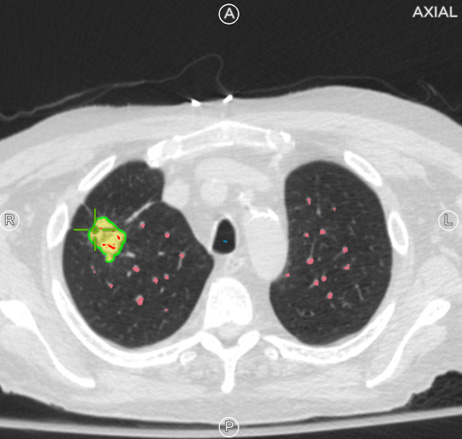 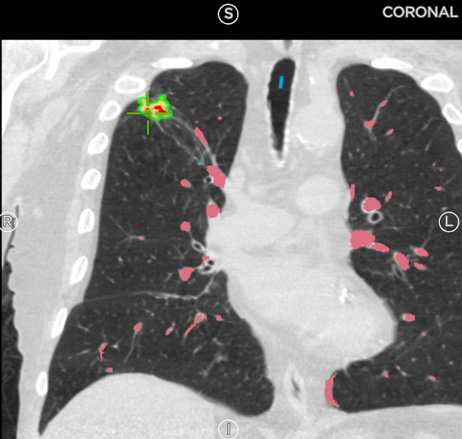 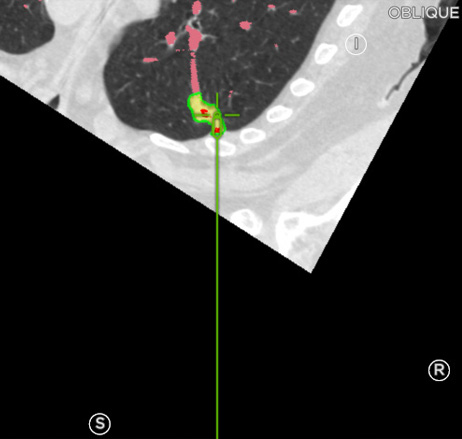