Much-Needed Lung Tissue Spared with the Help of SPiN Perc®


“It was so easy, with the help of the SPiN Thoracic Navigation System®, to localize the nodule. The trail from the SPiN Perc® Localization needle made it very easy to find the dime-sized spot of blue on the pleura. With this technique, I was able to save much-needed lung tissue and preserve function.” 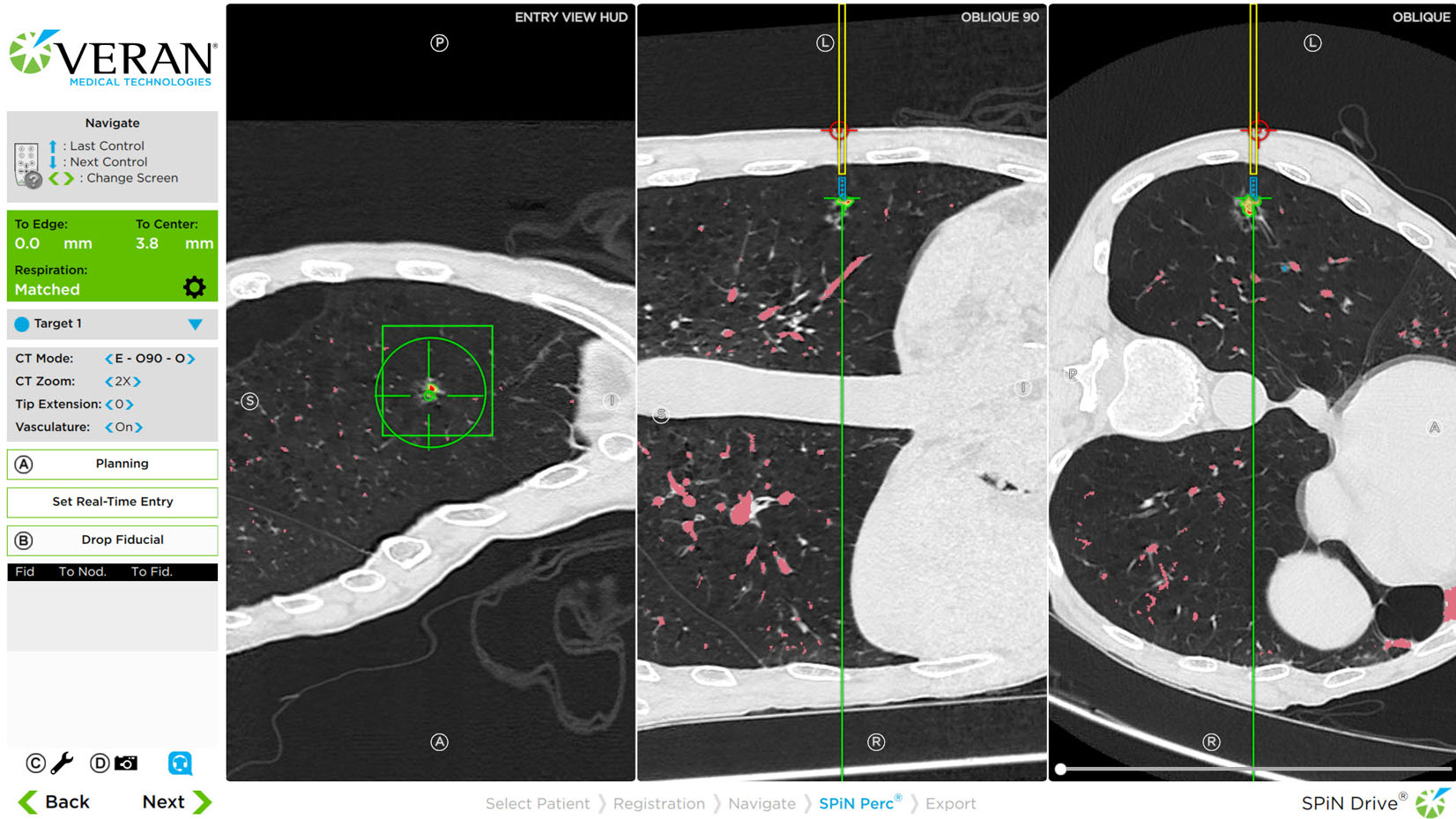 Patient History
64-year-old male was found to have a left lower lobe, spiculated nodule that demonstrated growth on serial surveillance. He had a 60 pack-year smoking history along with severe Chronic Obstructive Pulmonary Disease (COPD) causing him to be treated with supplemental home oxygen. The nodule was biopsy-proven, moderately differentiated adenocarcinoma without evidence of distant disease, stage IA2. Dr. Bjorgaard made the decision to perform a localization of the nodule prior to a therapeutic wedge resection to spare the most tissue possible.

Planning
The patient underwent a same-day respiratory gated CT scan in the lateral decubitus position to prepare for the localization to be performed in the same position as the resection which would follow immediately after. Dr. Bjorgaard utilized the scan with SPiN Planning® software to segment the 5mm Ground Glass Opacity (GGO) in the left lower lobe. He measured the lesion 30mm deep to the pleural surface and moving 22mm during the respiratory cycle, a distance 4 times the lesion’s size. He marked his planned insertion point in the SPiN Perc® planning to avoid the patient’s lower ribs. The patient was then prepped for the procedure.

Procedure
Dr. Bjorgaard used Always-On Tip Tracked® Forceps to complete the automatic registration in the SPiN Drive® software. He then used a non-sterile tip tracked needle to mark the skin for his insertion point between two ribs as planned. He watched for matched respiration tracked by the software since the target was moving 22mm before advancing the SPiN Perc® Localization Needle directly into the 5mm GGO following the planned trajectory. Dr. Bjorgaard injected 0.6cc of dye into the lesion and slowly removed the needle leaving a dye-trail to the pleural surface. Since the patient was already in lateral decubitus position, the patient and room could be transitioned promptly for Video-assisted thoracoscopic surgery (VATS). Dr. Bjorgaard easily found the dime-sized spot of blue on the pleura and resected a wedge of lung tissue with the localized nodule inside. The wedge had good margins, and no further tissue removal or treatment was needed. 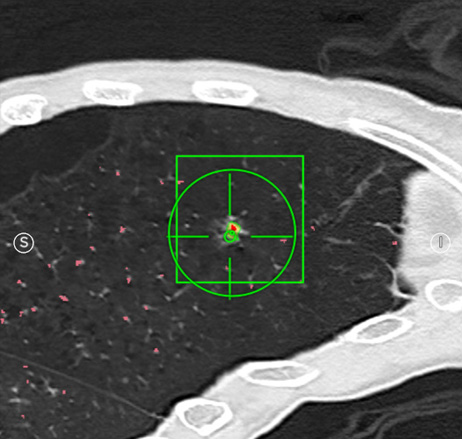 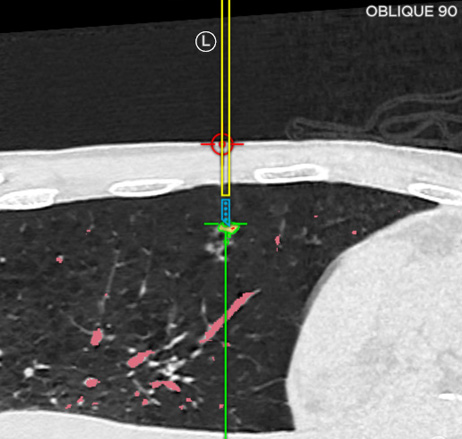 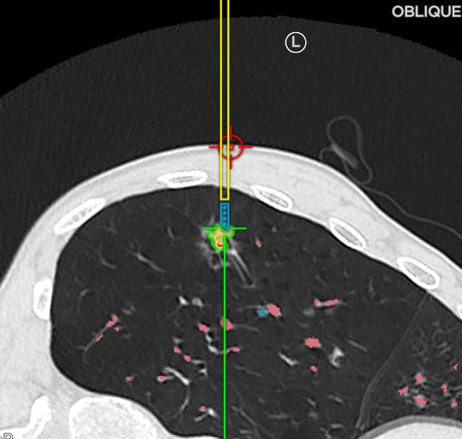