“Combined with Linear EBUS, we were able to perform mediastinal staging, Navigated Bronchoscopy, Navigated TTNA, and fiducial marker placement. For this patient, a CT-guided biopsy resulting in a pneumothorax, chest tube and three day hospital admission could have potentially been avoided.”

Patient History
The patient was admitted to an outside hospital for dyspnea, emphysema and a 2cm lung nodule located in the RUL. A follow-up PET scan revealed the nodule was hypermetabolic and the patient was sent for a CT-guided lung biopsy. The procedure resulted in a pneumothorax requiring intervention and a three day hospital admission. The results of the biopsy were nondiagnostic.

Decision Making
Patient was discussed in the hospital’s multidisciplinary tumor board. He was deemed a poor surgical candidate, and the decision was made to treat him with CyberKnife®. The patient was then referred for a Navigated Bronchoscopy and fiducial marker placement in preparation for CyberKnife®. 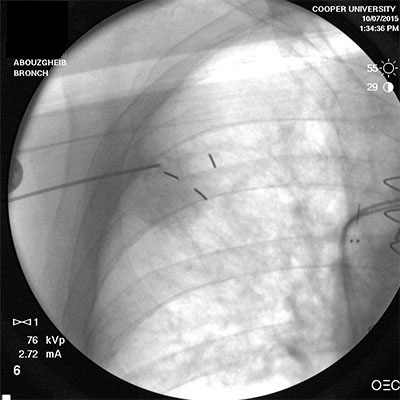 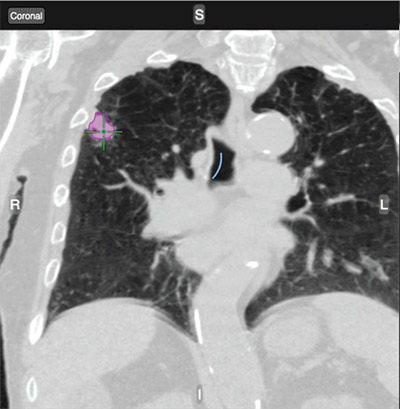 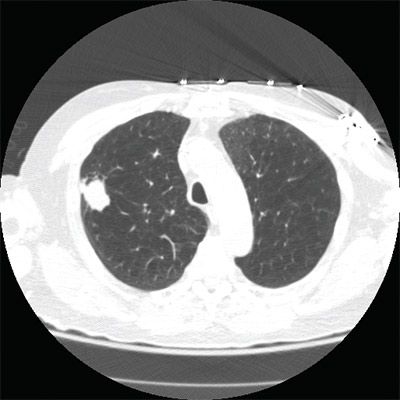