“Anytime you can save a patient from an invasive procedure, this time a lobectomy, it is a huge accomplishment. Veran’s technology allowed me the ability to accomplish this for my patient.” 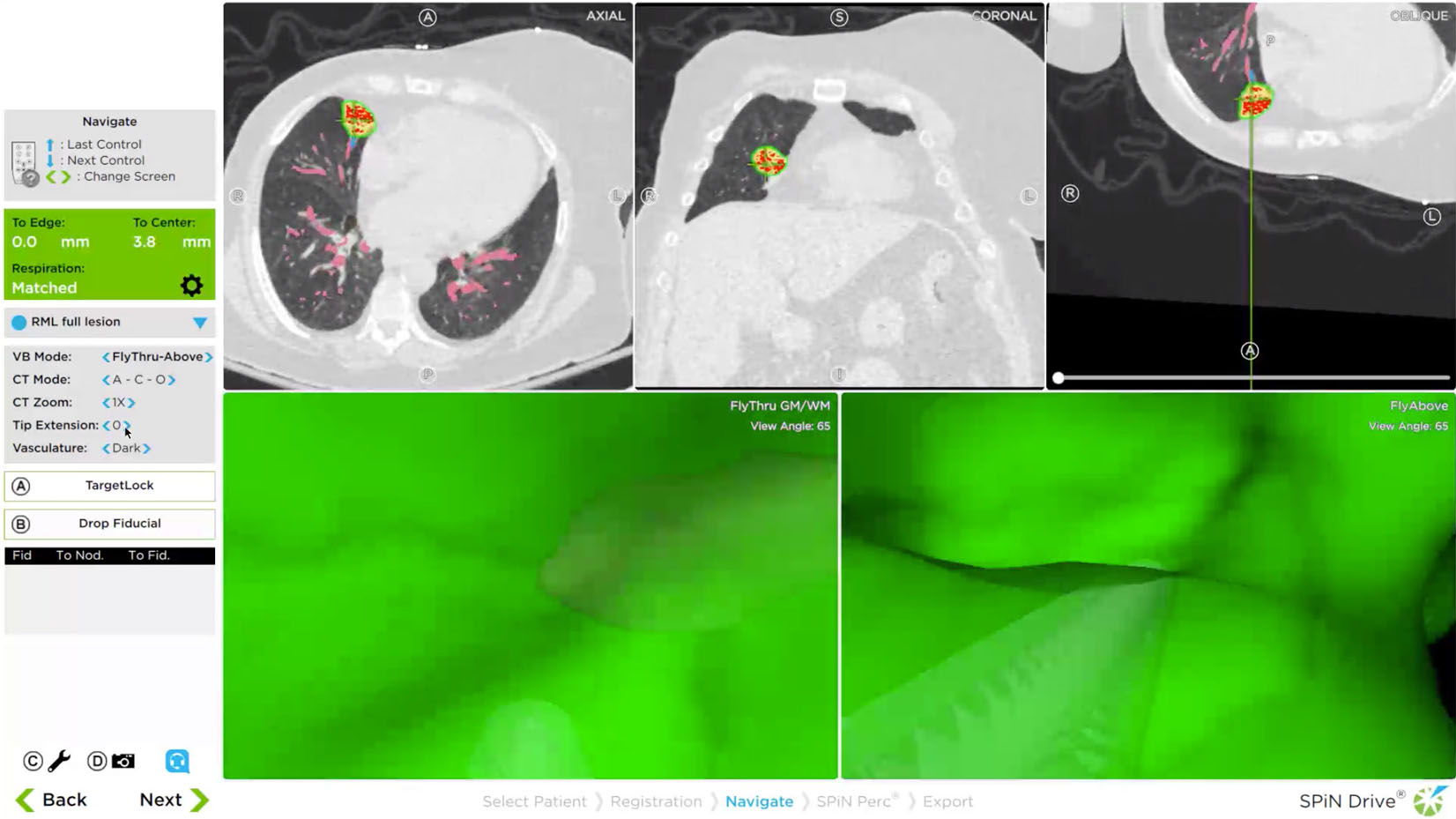 Procedure
Dr. Downie started the procedure with EBUS to stage the mediastinum. After obtaining samples, he transitioned to navigation. Dr. Downie was able to successfully reach the right middle lobe target utilizing the tip-tracked 21ga needle. After obtaining multiple passes with the needle, Dr. Downie used the tip-tracked brush to sample the target. The final pathology report revealed that collected samples from EBUS were negative for malignancy and collected samples from navigation were consistent with aspergillosis. The patient was placed on an antibiotic regimen and enrolled in a two year follow-up protocol. This minimally-invasive approach spared the patient a more invasive procedure. 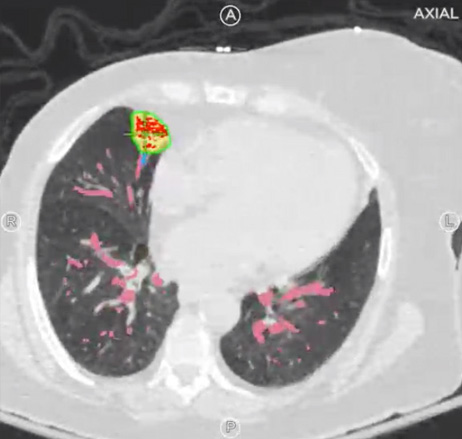 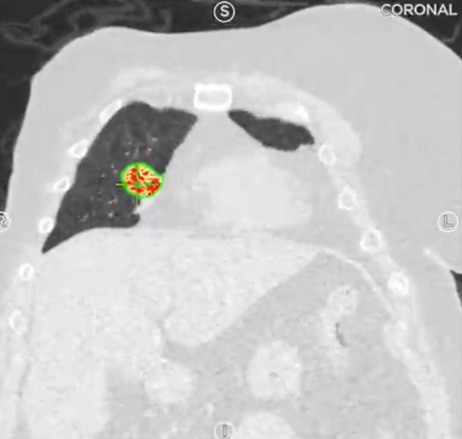 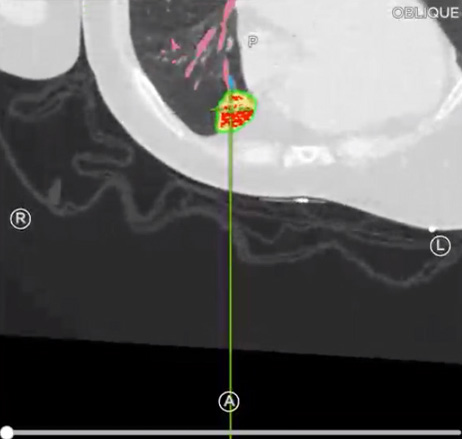