“The small nodule’s location in this case would be difficult to navigate to without the system’s guidance. It correctly accounted for the pathway and respiration causing the nodule to move. Dr. Maldonado felt, “Veran worked perfectly to reach this peripheral nodule.” 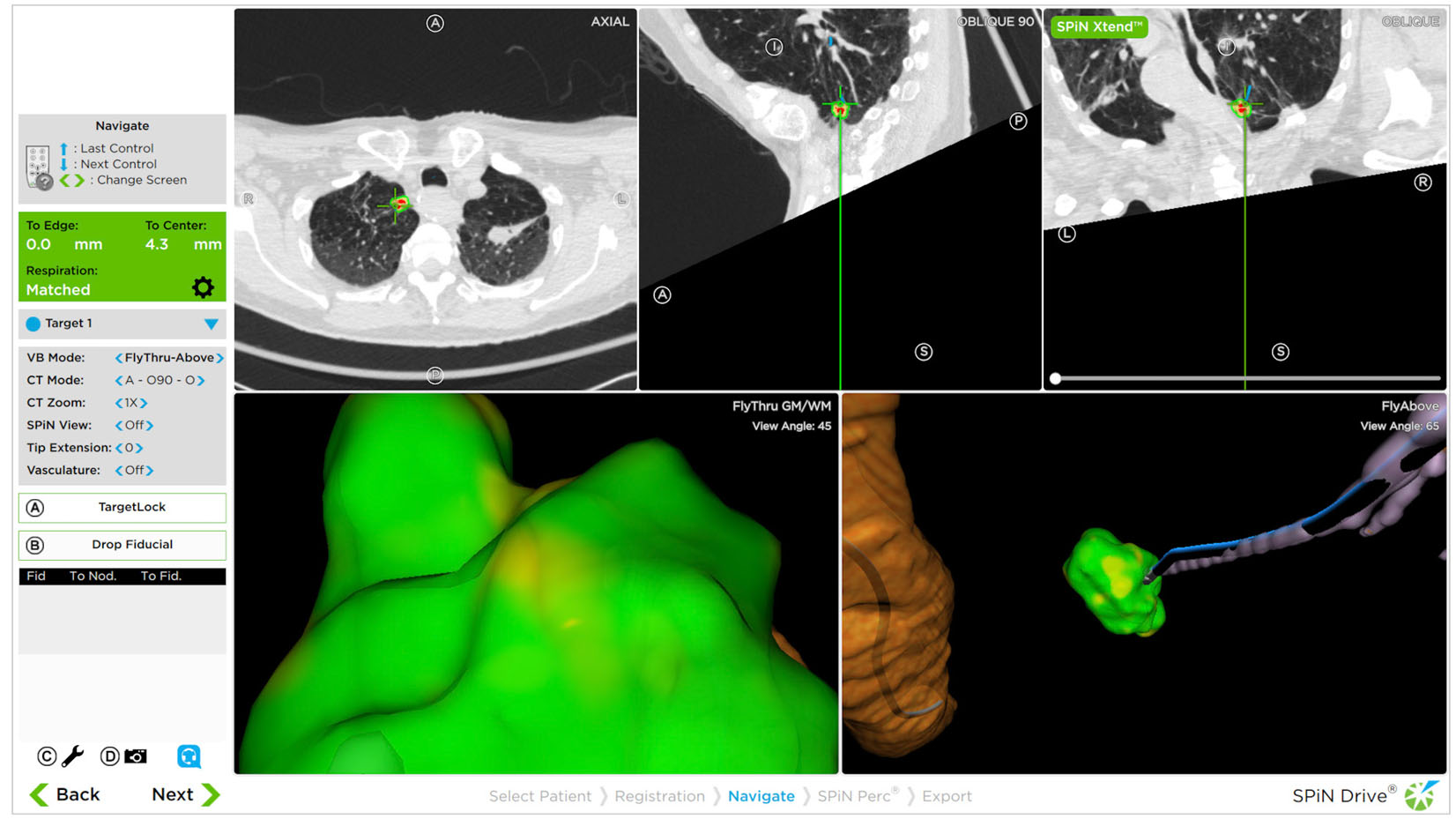 Patient History
This 63-year-old male patient came to Dr. Maldonado with a history of Chronic Obstructive Pulmonary Disease and bilateral, apical lung lesions. A PET scan showed a 15mm apical, medial PET positive lesion in the upper lobe of the right lung. The patient’s left upper lobe lesion was PET negative and was addressed in a different procedure. As a result, Dr. Maldonado decided to plan for a navigated bronchoscopy procedure for the right upper lobe lesion.

Planning
The patient underwent a same-day respiratory gated CT scan to be used with SPiN Planning® software. Dr. Maldonado segmented the target to find its diameter of 15mm with its most dense portion located in the center. He reviewed the map to the target the software formulated noting the location in the peripheral anterior portion of the right upper lobe. Dr. Maldonado modified and extended his pathway to the lesion utilizing features in the SPiN Planning® software. The software also revealed 5.4mm of motion.

Procedure
Dr. Maldonado began the procedure with an automatic registration using Veran’s SPiN Drive® software on the SPiN Thoracic Navigation System®. He utilized a pediatric bronchoscope to follow the pathway through the airway’s bends to his small target at the lung’s apex with the Always-On Tip Tracked® Forceps. He waited for matched respiration each time before sampling the 15mm lesion. Rapid On-Site Examination (ROSE) found the tissue samples to be consistent with Non-Small Cell Lung Cancer. EBUS FNA of mediastinal lymph nodes was performed during the same procedure after ROSE confirmed malignant calls in touch preparation slides of the right upper lobe lesion. The patient’s condition was staged as Stage I lung cancer which he will undergo treatment for. 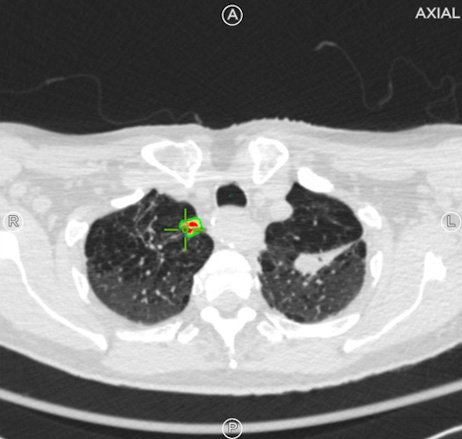 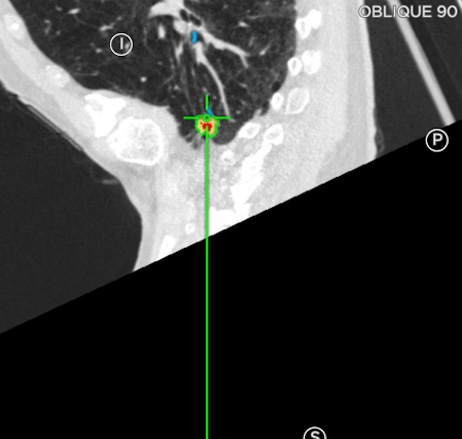 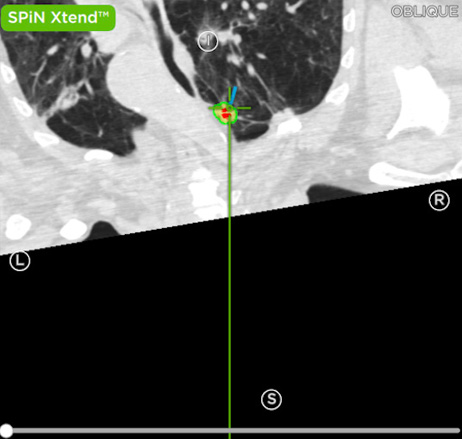