“We utilized the SPiN Thoracic Navigation System® to zero in on the exact areas that we wanted to biopsy within the lung. The system allowed us to have the confidence that we were exactly where we needed to be to accurately biopsy multiple targets. We were able to obtain reliable tissue samples using the tip-tracked forceps and brush, which provided excellent yield per pathology.” 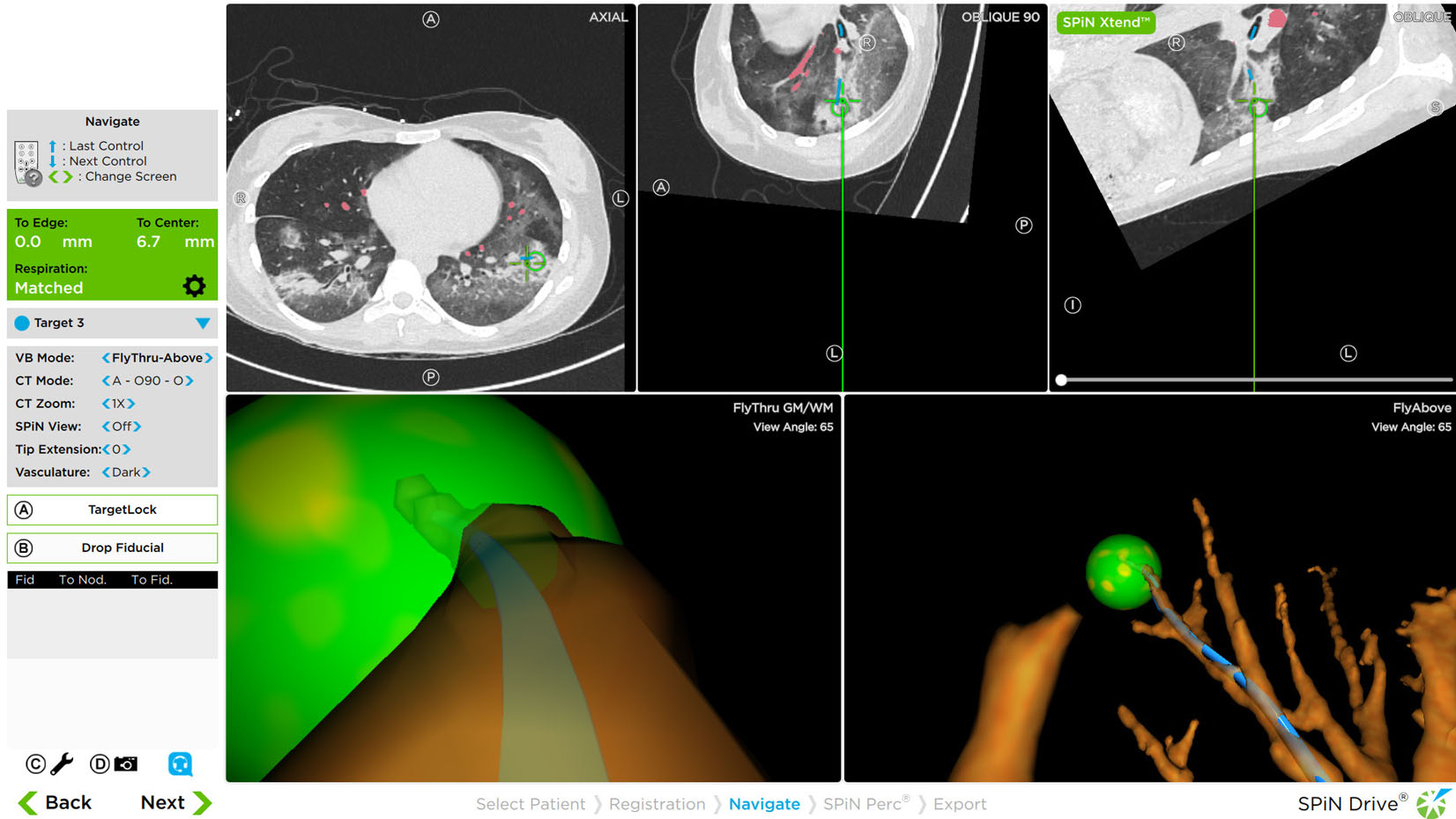 Patient History
This 20-year-old female patient presented to the hospital with shortness of breath, cough, hypoxic respiratory failure, tachycardia, and fever. Pulmonology (Dr. Mandapakala) was consulted for worsening respiratory status. CT imaging of the lungs showed migrating multifocal lung opacities. Further history was taken to find the patient was vaping. Pulmonology opted to schedule the patient for a navigated bronchoscopy.

Planning
Dr. Mandapakala utilized the SPiN Planning® software with a previously acquired CT scan. He strategically identified four areas of interest to biopsy: one RUL target, one RLL target, two LLL targets. Despite utilizing a referral CT scan, the SPiN System® is still able to provide respiratory gating due to the vPad® technology.

Procedure
Dr. Mandapakala started the procedure with the SPiN System®. He was able to reach the areas of interest utilizing the tip-tracked serrated forceps. After obtaining several biopsies, he concluded the procedure with the tip-tracked brush. The final pathology report concluded that diagnostic material was obtained using both tools. The collected samples revealed that the bilateral migratory opacities were consistent with organizing pneumonia and diffused alveolar damage, and in the context of vaping, was diagnosed with vaping associated lung injury. She was one of the first patients in Northern Kentucky to be diagnosed with vaping associated lung injury. The patient was placed on a prolonged steroid regimen and cessation of vaping. Her symptomatology and oxygen requirement improved dramatically. 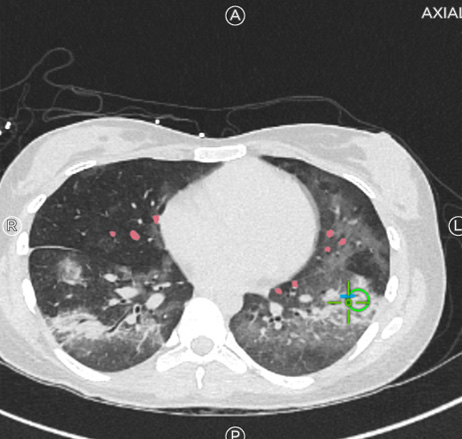 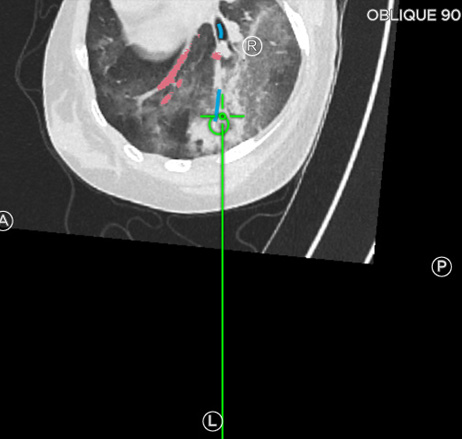 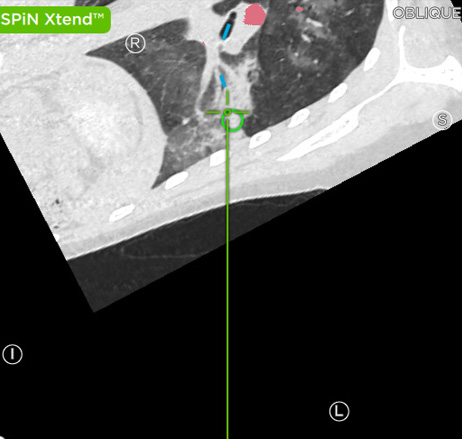