“This subsolid nodule would have been difficult to localize using VATS since it would not have been palpable. The patient would have required a localization procedure such as hook wire, coils, fiducials or dye. SPiN Perc® allowed us to achieve the diagnosis expeditiously and less invasively.” 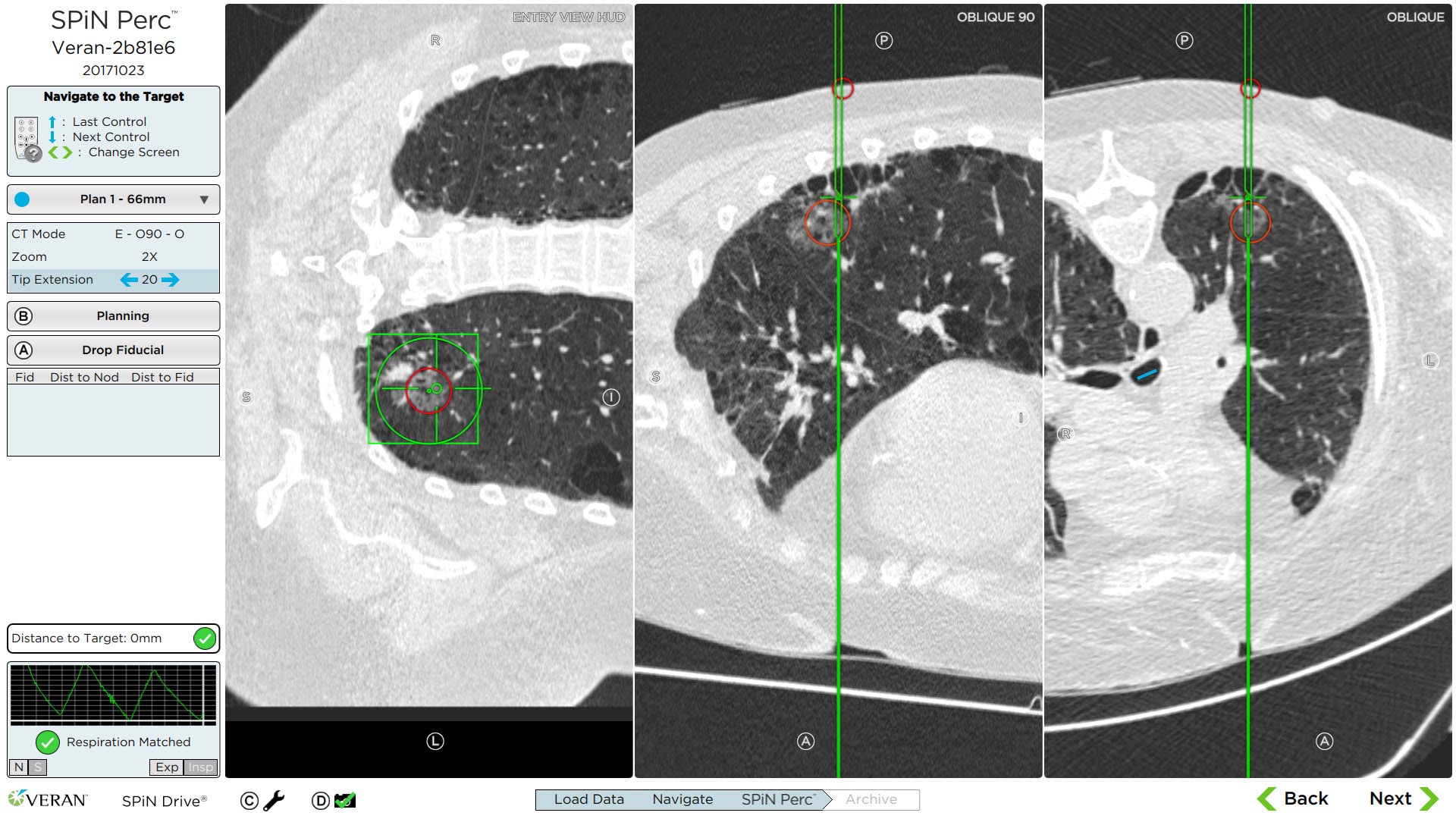 Patient History
This 71-year-old female with a history of smoking and emphysema presented with a 2cm subsolid nodule in the left lower lobe (LLL).

Planning
Using the SPiN Planning® software, Dr. de Hoyos was able to target a subsolid nodule in the LLL using a prone respiratory-gated scan. Due to the density of the target, he opted to drop a 20mm sphere. The target was moving approximately 13mm between respiratory phases. Additionally, Dr. de Hoyos also planned for a prone percutaneous approach.

Procedure
With the patient in a prone position, Dr. de Hoyos began the procedure with an endobronchial approach in order to reach the LLL target. Attempts were made to reach the target utilizing tip-tracked serrated forceps and 19ga needle; however, the physician was unable to reach the target due to lack of a bronchus sign. Dr. de Hoyos opted to transition to SPiN Perc® in order to obtain biopsies. He was able to successfully access the area of interest using the tip-tracked 19ga SPiN Perc® needle and obtained biopsies using the biopsy gun. Final pathology of collected samples were diagnosed as non-small cell carcinoma morphologically consistent with adenocarcinoma. The patient was not a resection candidate due to poor pulmonary function and limited performance status. In this patient, Veran technology allowed us to achieve a final pathologic diagnosis minimally invasively, sparing the patient a surgical biopsy. 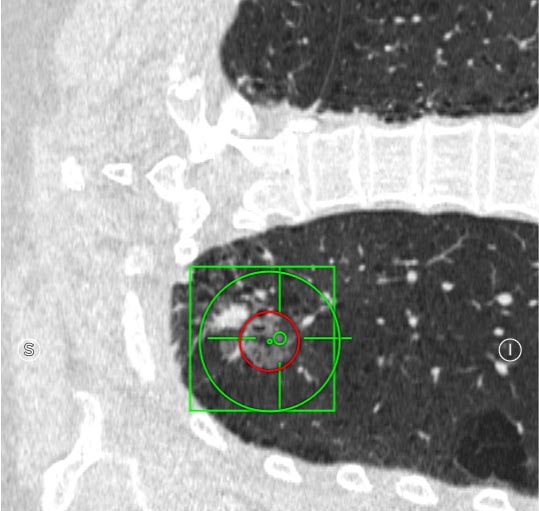 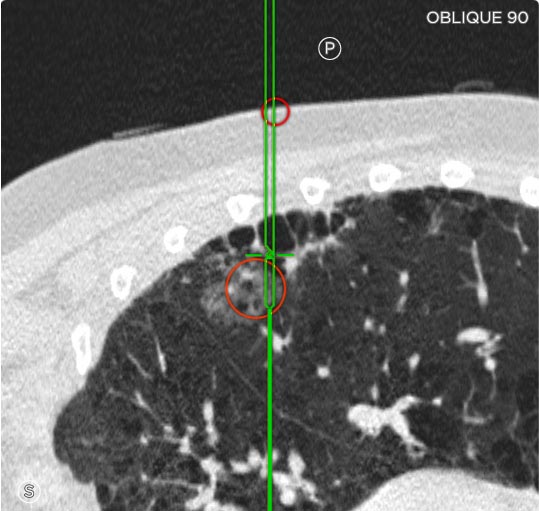 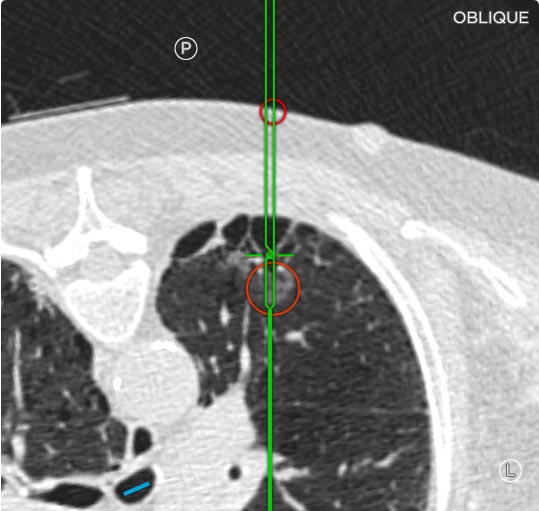