Pulmonary Nodule Diagnosis and Therapeutic Resection in One Procedure


“A few millimeters would have been the difference between a diagnostic and non-diagnostic surgical biopsy. The accurate localization helped me encompass the tumor on my diagnostic wedge resection.” 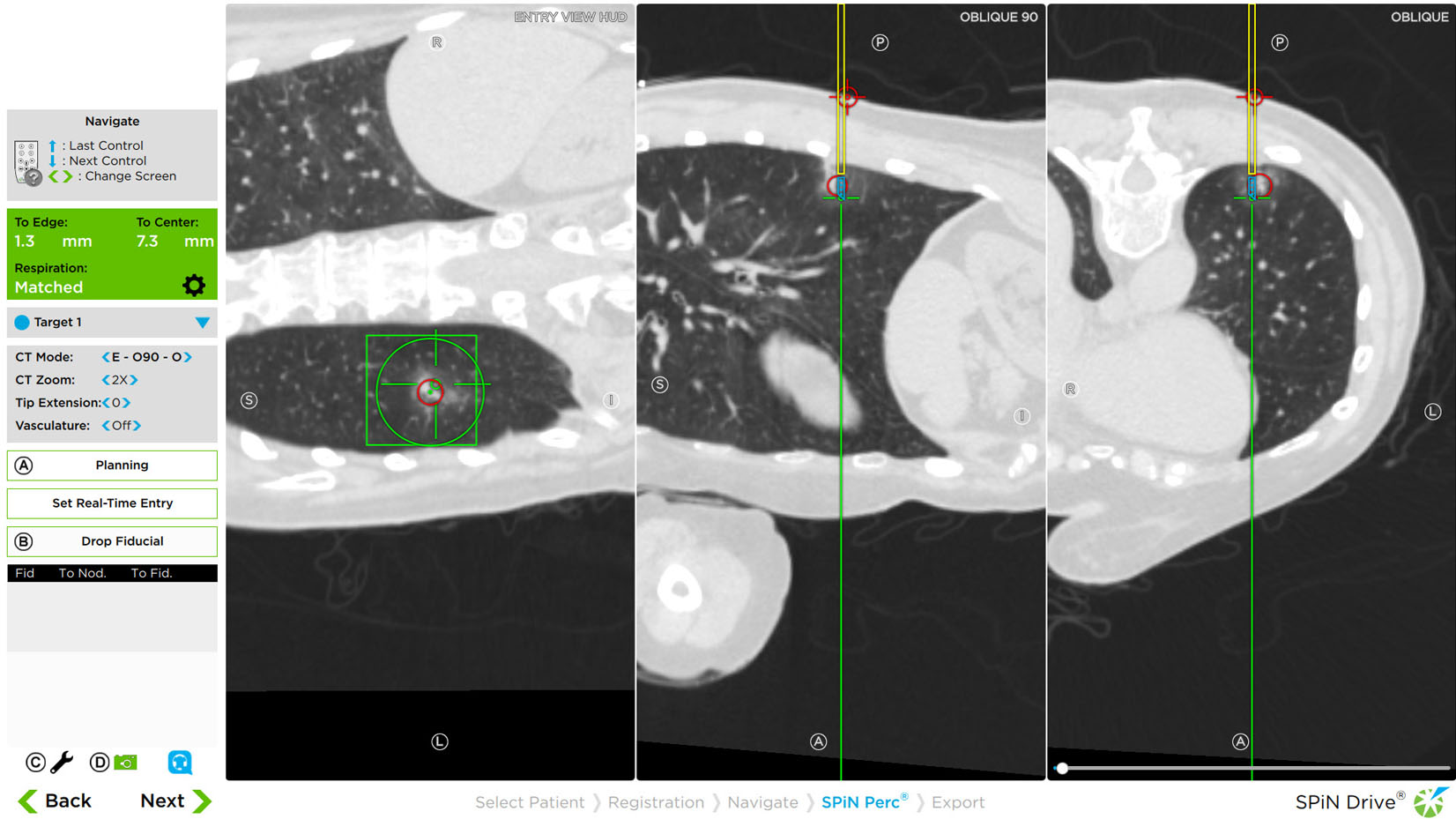 Patient History
This patient had a prior history of smoking in early adulthood. During a calcium scoring CT scan, an incidental nodule was discovered in the left lower lobe and a PET showed avidity. The patient care team decided to move straight to resection for a diagnosis after all options were discussed with the patient.

Planning
The patient was scanned in the left lateral decubitus position using Veran CT scan protocol. This lateral scan would allow Dr. Eldaif to perform the localization with the patient already in position for surgery. Upon reviewing the CT scan, he identified and dropped a sphere to mark the roughly 14mm GGO nodule using Veran SPiN Planning® software. Dr. Eldaif planned a trajectory between two ribs to reach the nodule percutaneously using the SPiN Perc® 1cm Localization Needle.

Procedure
Dr. Eldaif used the Always-On Tip Tracked® Forceps to perform endobronchial registration with the patient in the lateral position. The procedure then transitioned to SPiN Perc® for percutaneous localization. Dr. Eldaif lined up his trajectory and advanced the needle to the center of the GGO nodule. Visualizing the needle’s marking zones on the Veran system, Dr. Eldaif injected 1cc of dye into the nodule and held the needle steady for 10 seconds to fully let the dye disperse out of the channel into the nodule. This localization process took a total of 10 minutes, and the procedure transitioned to robotic resection. The dye marking was easily visible on the surface of the lung. Dr. Eldaif quickly resected a wedge encompassing the dye marking. Upon the analysis of the wedge, pathology confirmed an accurate marking of a malignant nodule with negative margins. Given the malignant diagnosis, Dr. Eldaif completed a basilar segmentectomy with lymph node dissection. Final pathology revealed adenocarcinoma. The accurate localization allowed Dr. Eldaif to diagnose and treat this patient efficiently in one procedure. 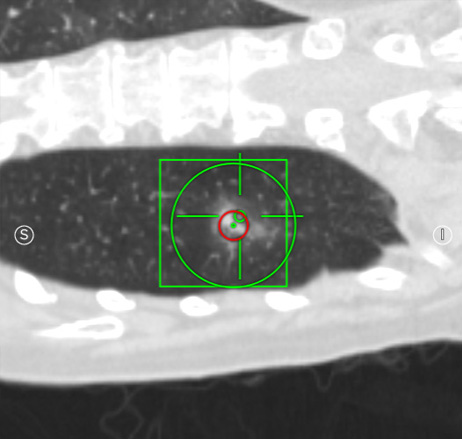 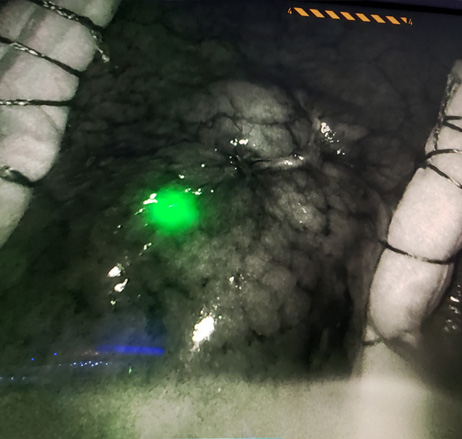 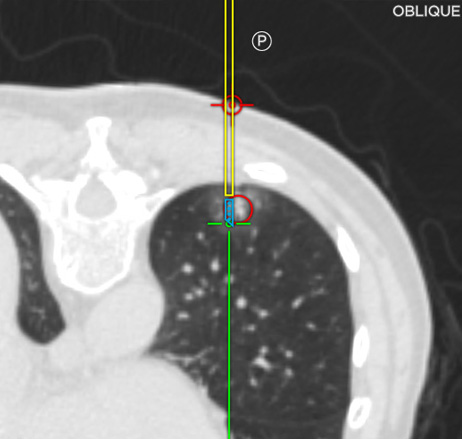