“A navigational bronchoscopy was felt to represent the safest approach to obtain tissue and reduce the chances of pneumothorax rather than proceeding directly to a CT-guided biopsy. Being able to position the patient prone based on the lesion location for percutaneous core biopsy ultimately led to a conclusive diagnosis to keep the patient’s esophageal cancer treatment from being delayed.” 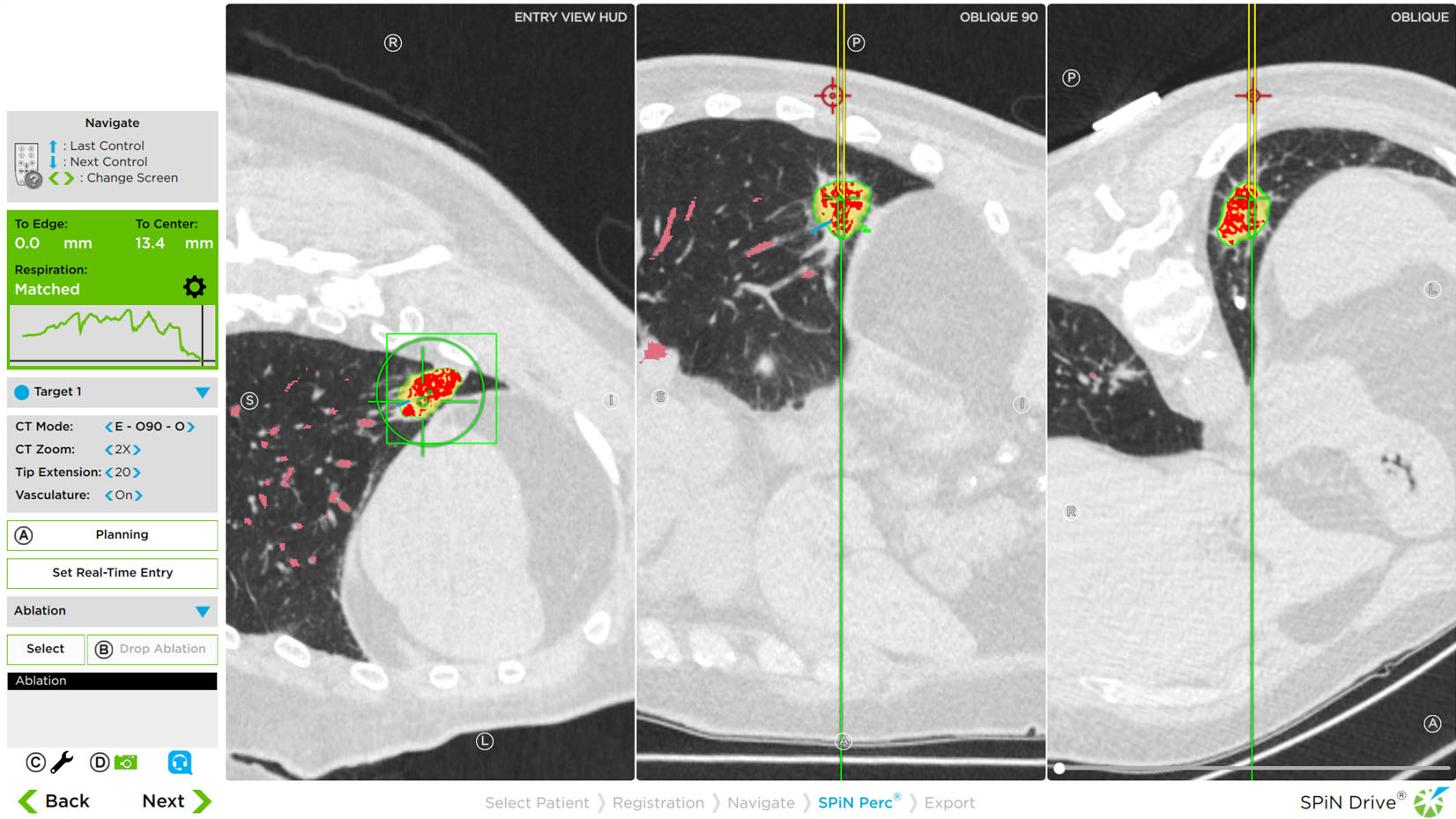 Patient History
This 74-year-old-male came to Dr. Wittmer after the spiculated, left lower lobe lesion was found on a PET-CT for the assessment of the response of his esophageal cancer to neoadjuvant treatment prior to a planned resection. There was an urgency to diagnose the nodule quickly to perform the esophageal surgery in an appropriate window of time for his neoadjuvant therapy. The need for the surgery combined with the patient’s COPD and emphysema made navigational bronchoscopy with a possible percutaneous biopsy the safest approach to obtain tissue.

Planning
The patient was scanned in the prone position using the Veran CT scan protocol. Dr. Wittmer planned for his procedure using the same-day inspiration and expiration CT scans with Veran’s SPiN Planning® software. After segmenting the 40mm target, he found it to lie on the diaphragm with 27.6mm of motion. Although there appeared to be a nearby airway, Dr. Wittmer prepared for a percutaneous entry point for SPiN Perc® 66mm posterior to the nodule knowing that it was imperative to obtain enough tissue to get his patient a definitive diagnosis.

Procedure
The patient was placed in the prone position after intubation to prepare for a possible percutaneous approach should transbronchial samples not be definitive. Dr. Wittmer started with an endobronchial approach and was able to reach the diaphragmatic lesion with multiple instruments, carefully tracking the significant motion of the lesion with respiratory gating.
Fine-needle aspirates with Always-On Tip Tracked® 22ga SPiN Flex® nitinol needle were obtained along with biopsies from Always-On Tip Tracked® forceps and brushings. Intraoperative cytologic analysis initially suggested an inflammatory etiology, but upon evaluating the final slide from the fine-needle aspirates the pathologist was concerned about the appearance of some atypical cells. Needing a conclusive diagnosis for the patient to undergo his cancer resection, Dr. Wittmer elected to use SPiN Perc® for navigation-guided percutaneous biopsy. He believed the respiratory gating was critical in obtaining specimens safely due to the significant motion. After evaluating several core biopsies, the pathologist concluded there was sufficient tissue for a benign diagnosis. These samples obtained with SPiN Perc® allowed for a confident definitive diagnosis of organizing pneumonia, allowing the patient to proceed with his surgery without delay. 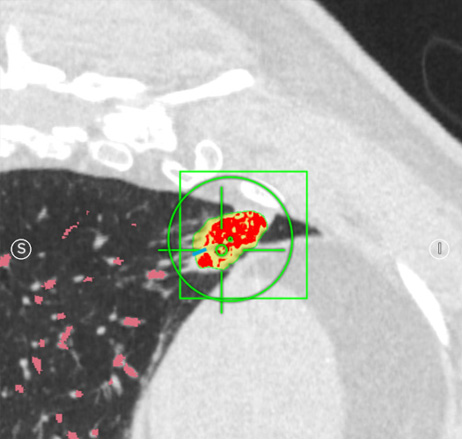 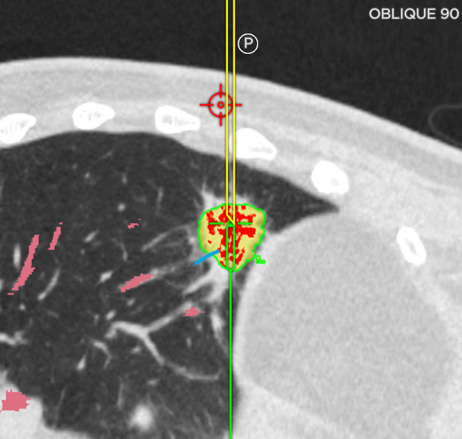 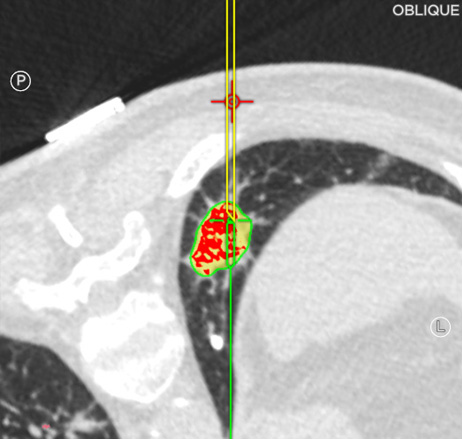