The Medical Center at Bowling Green 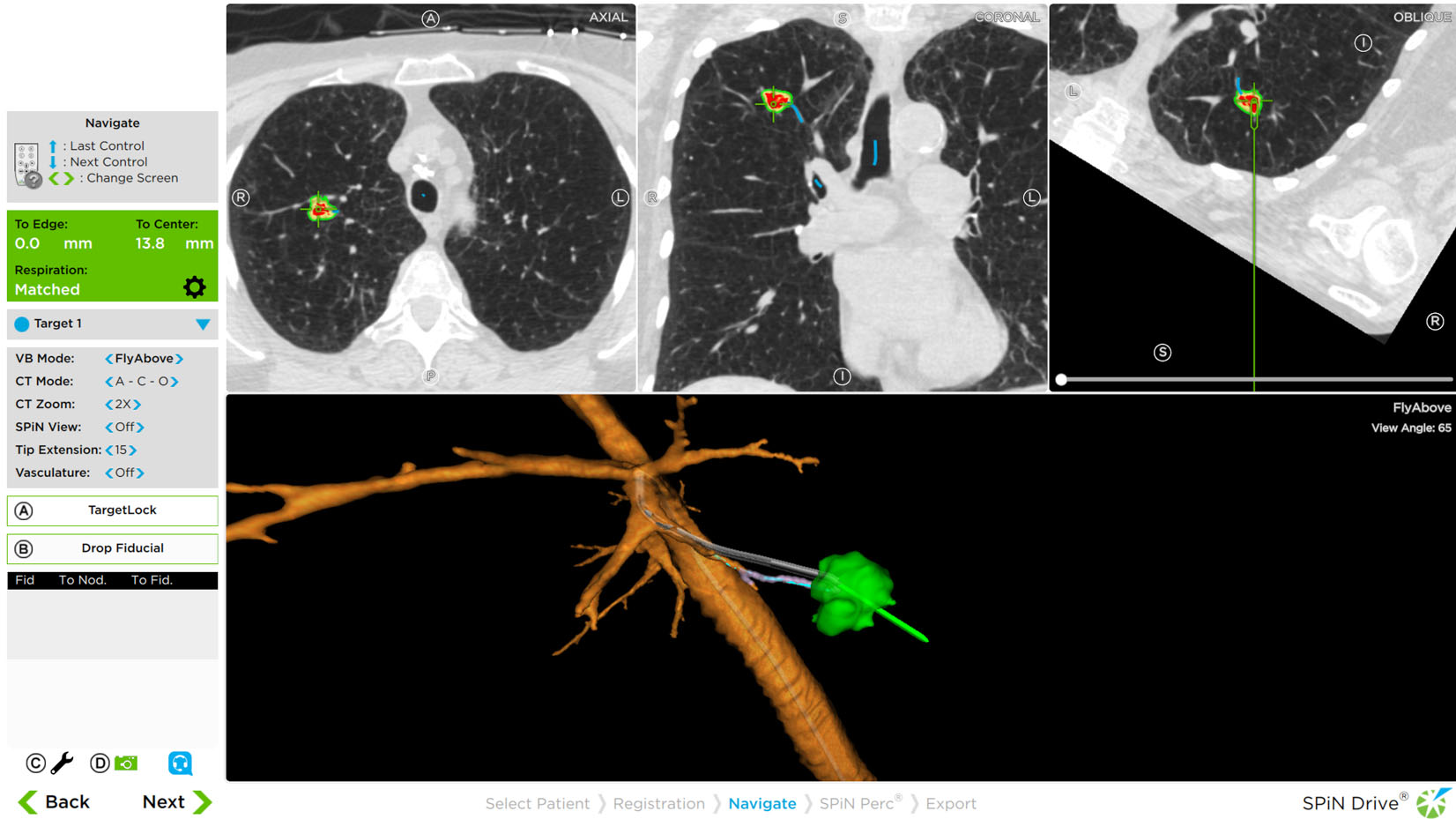 Patient History
This 65-year-old female patient presented with significant emphysema and a current smoking habit. She was referred to Dr. Singh to biopsy the PET-positive right upper lobe (RUL) nodule prior to undergoing SBRT. Due to the patient’s poor lung function, she was not a surgical candidate.

Planning
Dr. Singh utilized the SPiN Planning® software with a same-day inspiration/expiration CT scan. He segmented the RUL nodule, which revealed that it was 15mm in size and moved 3mm during respiration. After additional inspection of the target location, Dr. Singh realized that he might need to use the SPiN Access Catheter® to access the nodule.

Procedure
Dr. Singh started the procedure with an airway inspection and EBUS in order to stage the mediastinum. Once this was completed, he transitioned to navigation. After conducting an automatic registration, Dr. Singh was able to reach the area of interest, but due to the patient’s anatomy, was unable to access the nodule. He then opted to use the SPiN Access Catheter® and was able to navigate to the upper lobe. The slim diameter and angulation of the distal tip helped provide the access needed to biopsy this right upper lobe nodule. Once in position, Dr. Singh sampled the nodule with the SPiN Flex® needle and tip-tracked forceps. The final pathology report revealed that collected samples from navigation were morphologically consistent with adenocarcinoma. Due to the patient’s poor lung function, she was not a surgical candidate. The patient will undergo SBRT for treatment. 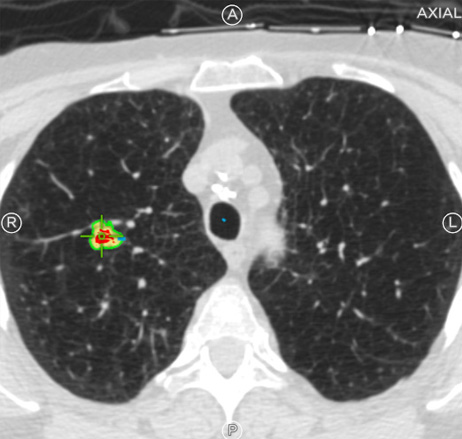 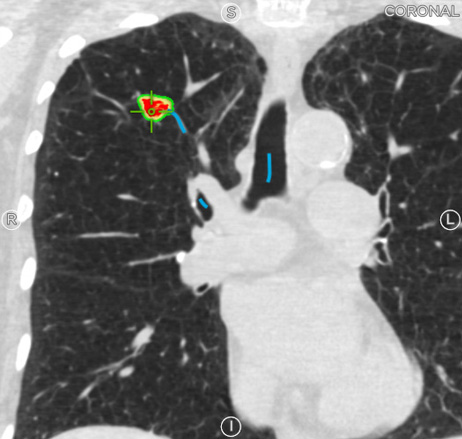 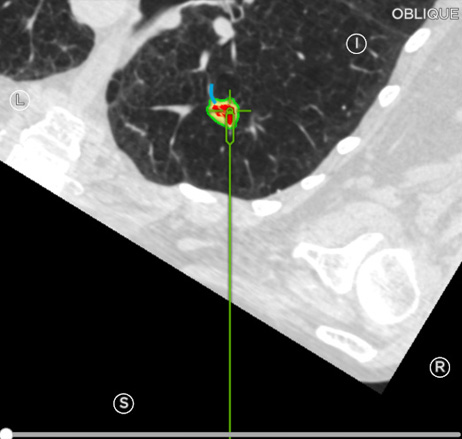