“With proper planning, we were able to anticipate the need to needle through the airway and into the lung parenchyma. Without a tip-tracked needle and respiratory gating, this lesion would have been impossible to adequately sample. Veran navigation and their tip-tracked needle were essential in making this diagnosis. Otherwise, the patient would have been subjected to repeated scans and possibly a more invasive surgery.” 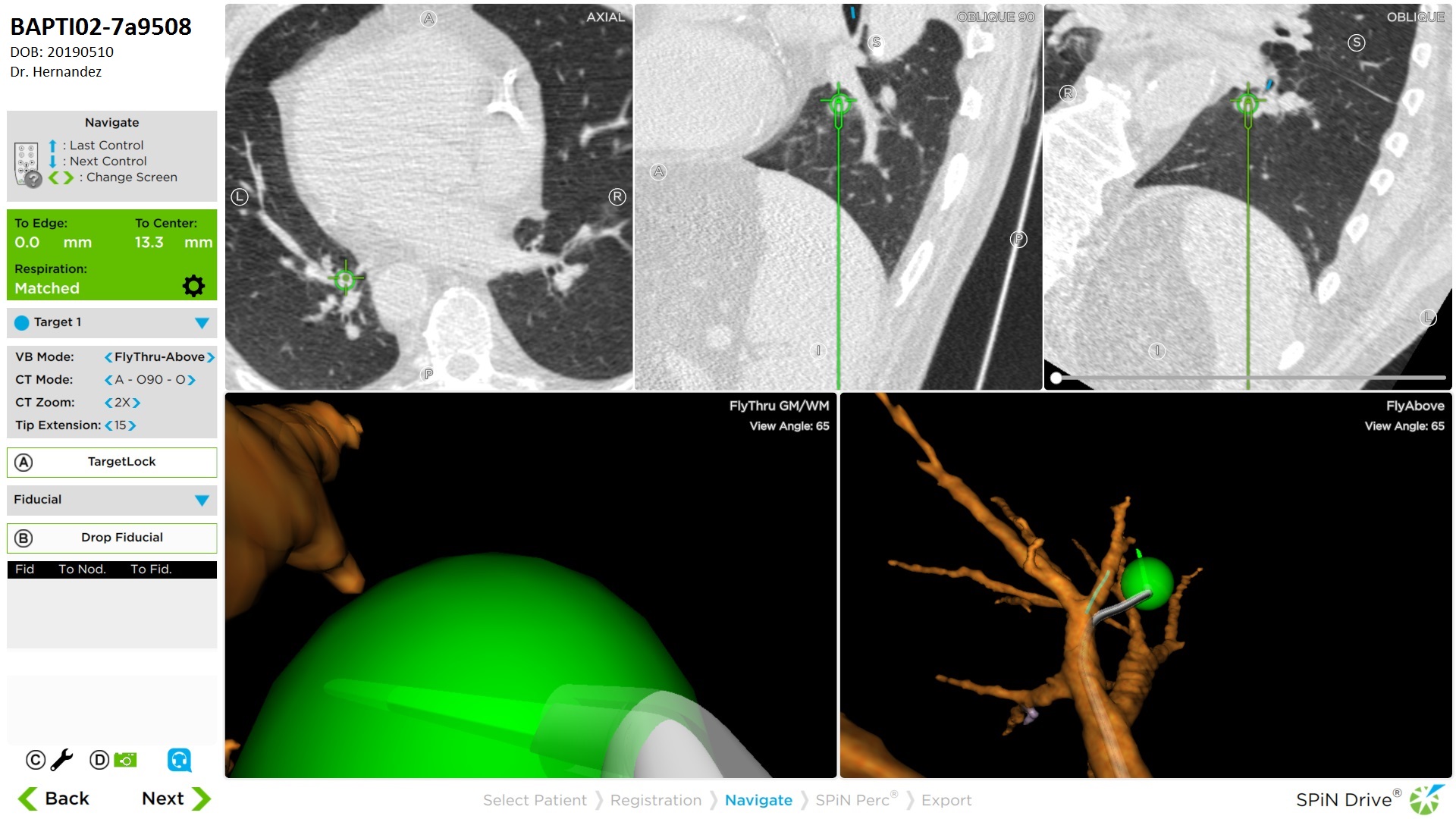 Patient History
This patient was a 77-year-old male with a history of tobacco abuse. The patient had a history of adenocarcinoma, which was resected three years ago. Follow-up imaging revealed a new left lower lobe lesion that was PET avid. Dr. Hernandez decided to perform navigational bronchoscopy with Veran guidance.

Planning
Dr. Hernandez utilized SPiN Planning® software to identify a subcentimeter nodule located in the posterior segment of the left lower lobe (LLL). SPiN Planning® software revealed that the target was moving 12mm between inspiratory and expiratory phases. The CT scans also revealed the lack of a positive bronchus sign to the LLL target. Dr. Hernandez opted to utilize the Alternate Plan feature to identify an exit point within the airway to reach the target. This was deemed a challenging case due to target size, target motion, and lack of an apparent bronchus.

Procedure
Dr. Hernandez started the procedure with navigation. He was able to successfully navigate to the exit point within the airway that was set during the planning portion of the procedure. Once in position, Dr. Hernandez properly positioned the SPiN Flex® needle and deployed it once respiration was matched. Inspection of the first collected sample by Rapid On-Site Evaluation (ROSE) revealed cellular material consistent with Non-Small Cell Lung Cancer. Dr. Hernandez obtained additional samples utilizing SPiN Flex® and tip-tracked serrated forceps. Final pathology of collected samples were morphologically consistent with Adenocarcinoma. 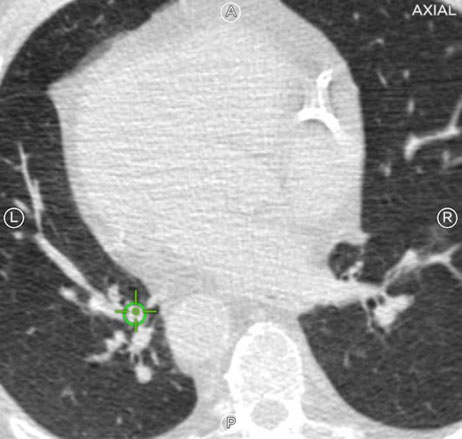 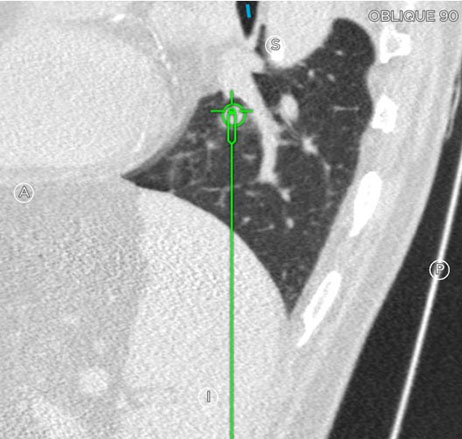 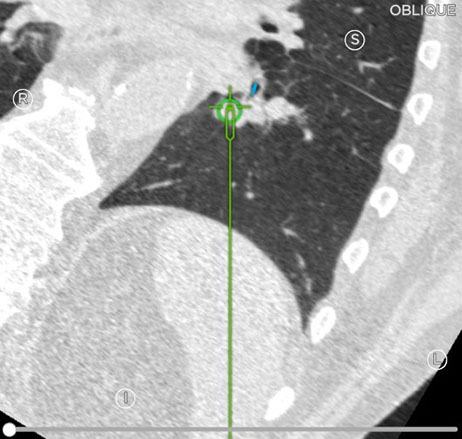