Patient History
The patient is a 52-year-old male with a history of sarcoidosis and a stable fungal mass in the left upper lobe. A recent CT scan revealed a mass in the right upper lobe as well as a nodule along the pectoralis muscle in the chest wall outside the lung. Both nodules were positive upon a PET scan. Dr. Leibman scheduled the patient for a procedure with Veran to diagnose the RUL mass and determine if the chest wall lesion is a metastasis, second primary cancer, or infection.

Planning
Dr. Leibman used the SPiN Planning® software to segment the RUL mass and define a pathway to biopsy the mass using endobronchial navigation. Due to the location of the chest wall lesion outside the lung periphery, Dr. Leibman determined SPiN Perc® would be needed to access the lesion. He planned a trajectory from an anterior approach to percutaneously biopsy the chest wall lesion. 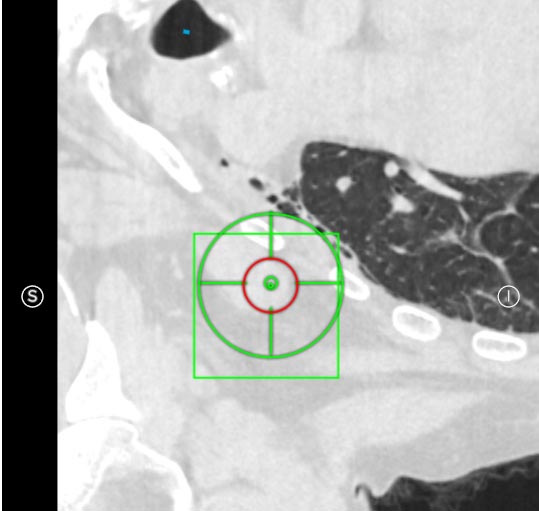 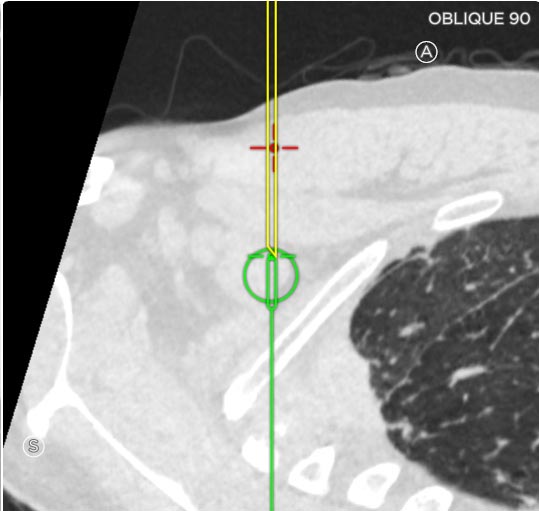 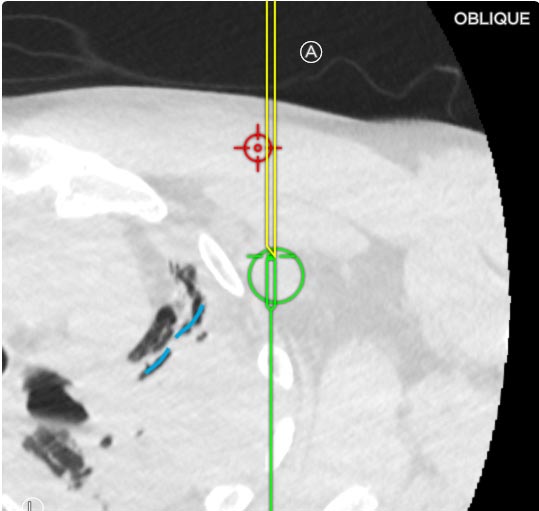