Conclusion: Referred to Oncology for treatment


“After only being able to reach the outskirts of the lesion, I wasn’t happy with the area of sampling, so we transitioned to SPiN Perc®. I am so glad we did, because the samples we took percutaneously were the samples that helped us diagnose our patient.” 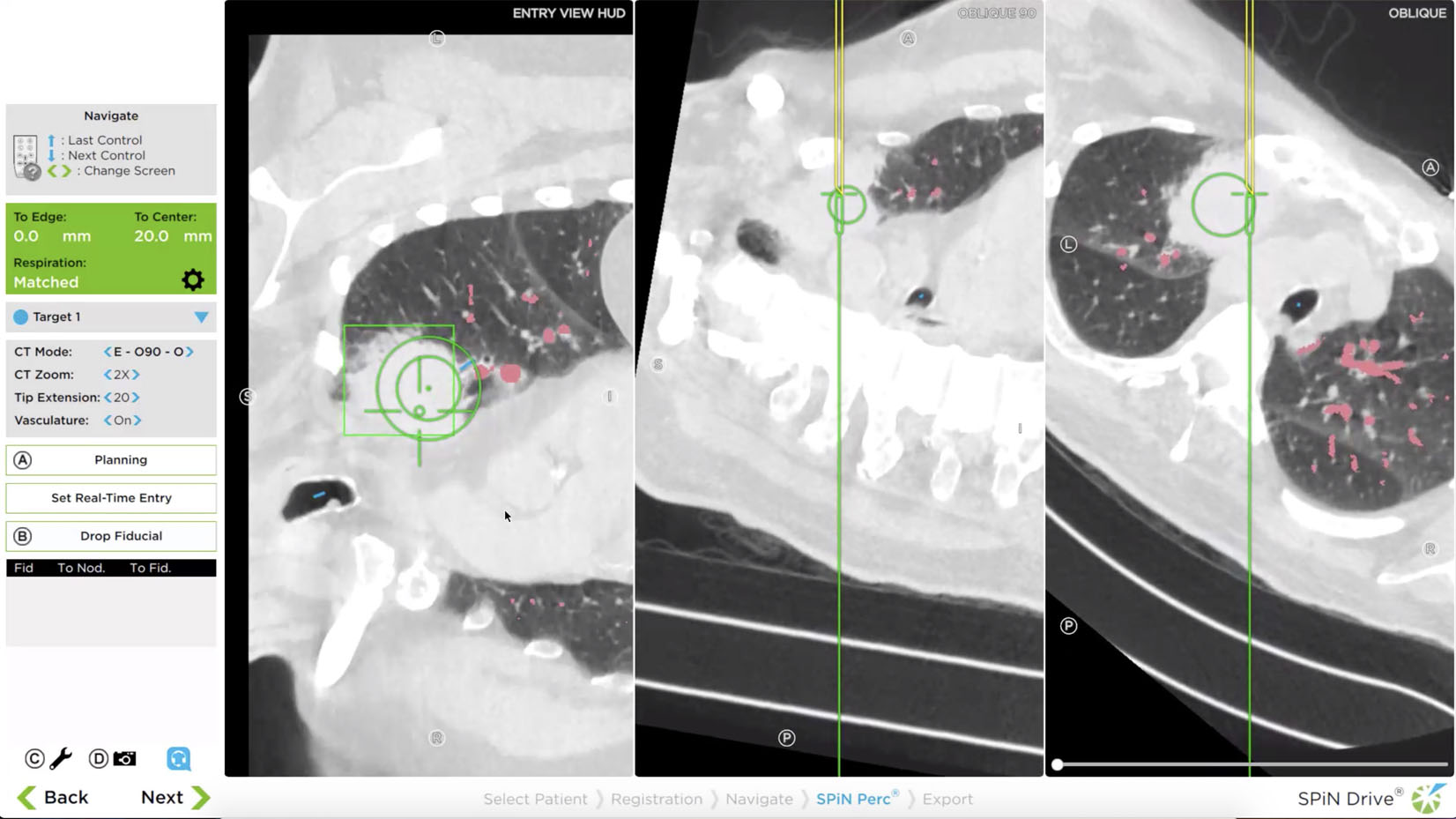 Patient History
This 57-year-old male patient came to Dr. Clavijo presenting with a cough. Upon further investigation, a 5cm mass was found in the left upper lobe of his lung. The patient was a prior smoker who decided to quit smoking a few months prior to his biopsy procedure.

Planning
Using Veran’s CT scan protocol with the SPiN Planning® software, Dr. Clavijo began planning for the medial mass. He dropped a 3cm sphere in the center of the mass to mark his target at its highest density while avoiding the heart. It appeared endobronchial sampling would not be an issue due to the size and location of the target, but Dr. Clavijo decided to make a plan for percutaneous biopsies to give himself another option for obtaining tissue.

Procedure
Dr. Clavijo began the SPiN Drive® navigation procedure with Always-On Tip Tracked® forceps. He ensured his accuracy through an automatic registration and began taking samples. He obtained samples using the tip-tracked Forceps as well as the Always-On Tip Tracked® Brush. The patient’s anatomy would only allow for sampling of the edges of the mass and not the center; therefore, Dr. Clavijo decided to move forward with his first percutaneous biopsy using SPiN Perc®. He quickly was able to line up his trajectory to sample the center of the lesion. With the introducer needle in place Dr. Clavijo obtained four fine needle aspirations and six biopsies with the biopsy gun. The samples were sent for review from pathology. Morphologies consistent with Squamous Cell lung cancer were found from tissue samples from the SPiN Perc® biopsy gun. Dr. Clavijo referred his patient to an oncologist for treatment. 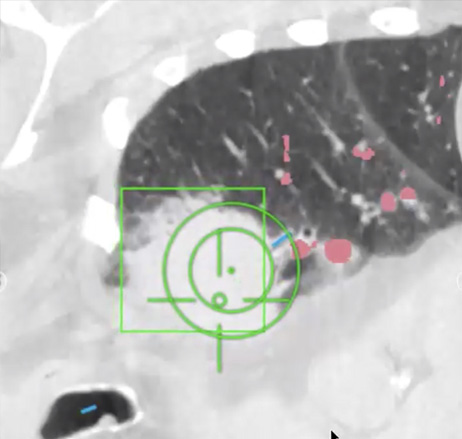 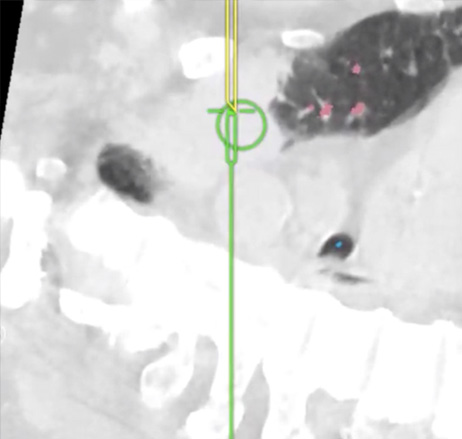 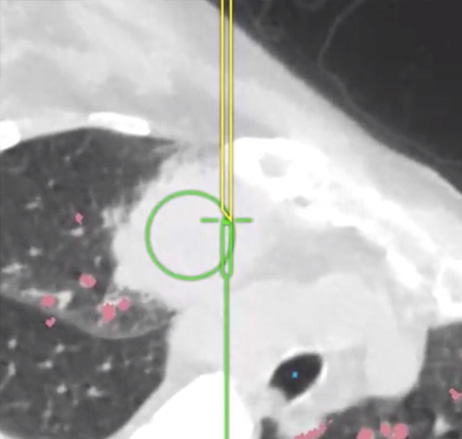