“Going into the case, there was a high probability of a non-diagnostic procedure. I wanted to capture the most information to get the full picture within one procedure. The Veran SPiN Thoracic Navigation System® was attractive because of the airway mapping to assist with the difficult navigation as well as the option of SPiN Perc® should navigation not be possible. If we had not utilized the SPiN Thoracic Navigation System® with SPiN Perc®, the patient would have likely had an undiagnosed lung cancer and would not have received the correct treatment.” 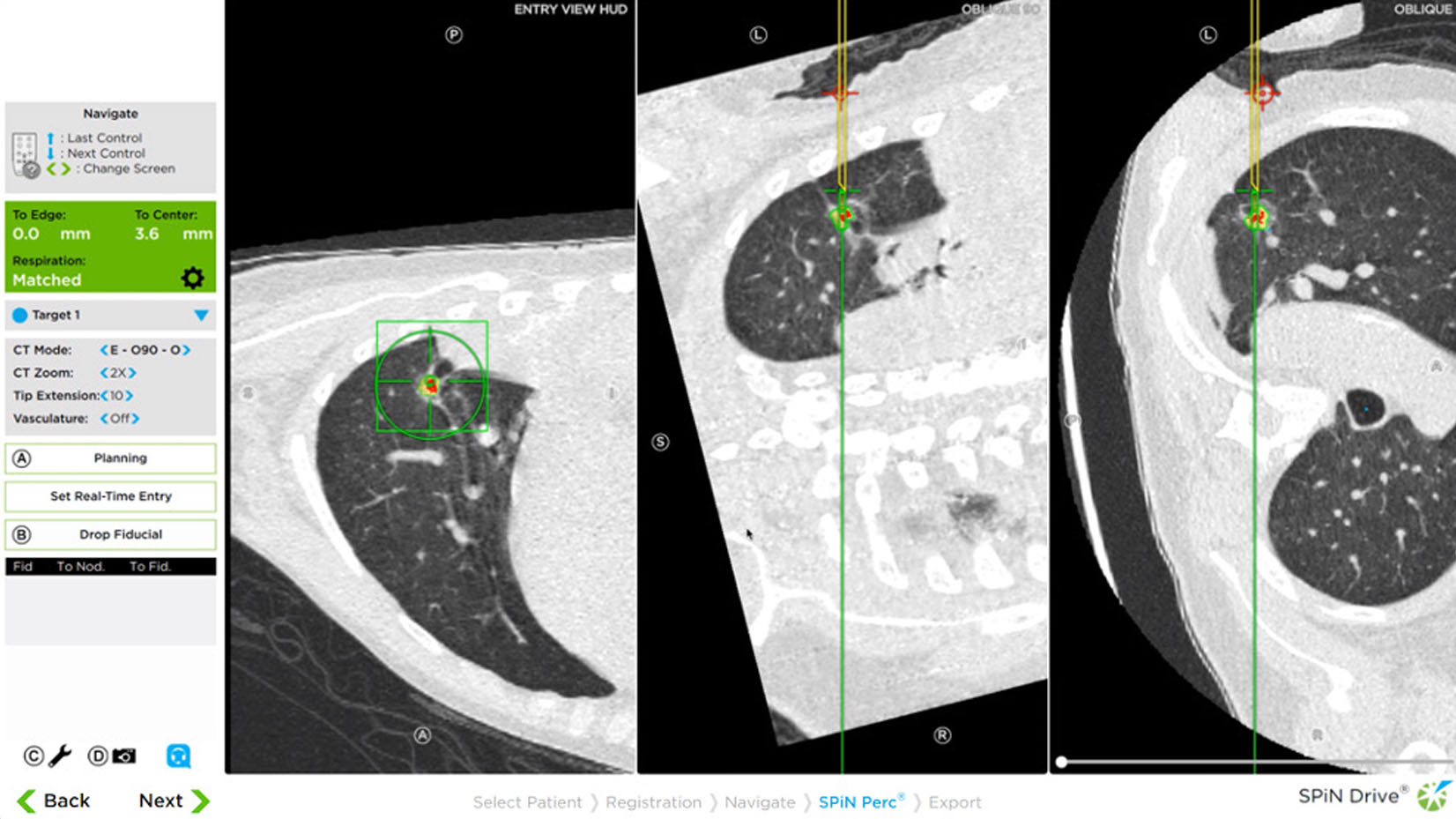 Patient History
This 59-year-old male patient’s lung nodule was referred to Dr. Radchenko as an incidental finding in a chest CT following the presentation of cystic lesions on the patient’s kidneys. The patient had a history of end stage kidney disease treated with a renal transplant as well as prostate cancer treated in 2014. Although the patient was not a prior smoker, his prior history caused suspicion and a navigated bronchoscopy with a possible navigated transthoracic needle aspiration (TTNA) was scheduled.

Planning
Dr. Radchenko conducted his planning for the procedure using the patient’s respiratory gated CT scans with the SPiN Planning® software. He segmented the 10mm left upper lobe nodule and found the nodule was moving 10mm, a distance the same as its size. Dr. Radchenko used the software’s features to examine multiple airways to ensure he had the best chance of getting to the lesion and set an entry point for SPiN Perc® as an additional diagnostic option to be completed within the same procedure should it be needed.

Procedure
Dr. Radchenko began the procedure sampling lymph nodes with endobronchial ultrasound receiving negative results from Rapid On-Site Examination (ROSE). He moved forward with the navigated bronchoscopy after conducting an automatic registration using Veran’s SPiN Drive® software. Dr. Radchenko was able to reach the area of interest with the SPiN Flex® needle and tip-tracked forceps. ROSE found these samples appeared to be more consistent with inflammation seeing neutrophils. Dr. Radchenko made the decision to switch to SPiN Perc® for a navigated TTNA. He conducted sampling using the FNA needle and biopsy gun with the SPiN Perc® introducer needle. Pulmonary adenocarcinoma with foci of invasion was seen from the biopsy gun in the final pathology report with malignancy also being seen from aspiration samples. The patient was evaluated for wedge resection, but due to comorbidities was not a candidate. He was referred for Stereotactic Body Radiation Therapy (SBRT). 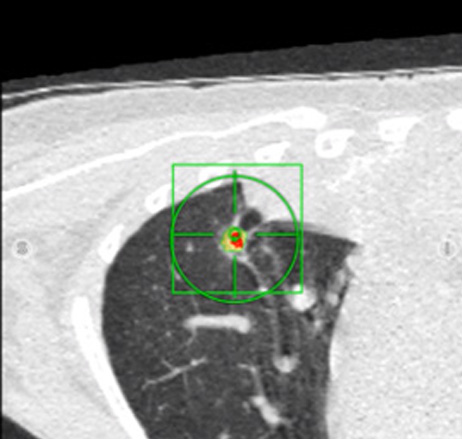 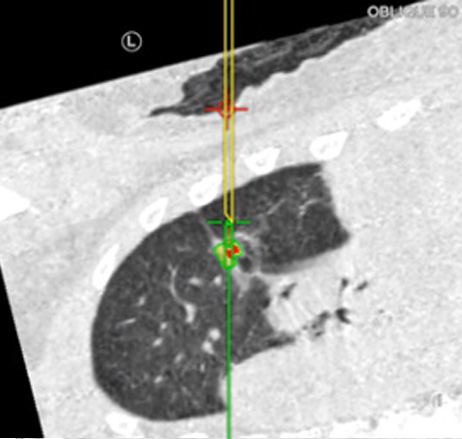 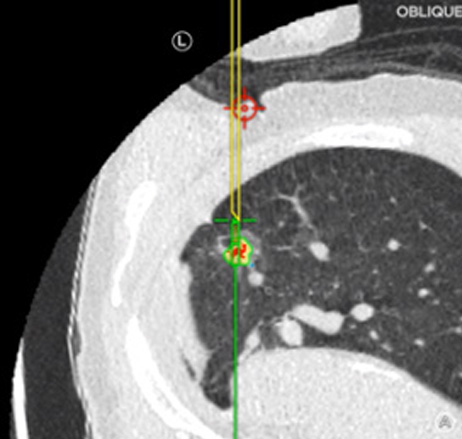