“Overall, the versatility and multifunctionality of the Veran technology allowed us to quickly obtain a tissue diagnosis while simultaneously performing mediastinal staging, thus avoiding an extraneous step with an interventional radiology imaging-guided biopsy. Additionally, we were able to utilize the system to successfully localize the lesion at the time of resection, allowing us to confirm the adequacy of the deep margin with our sublobar resection.” 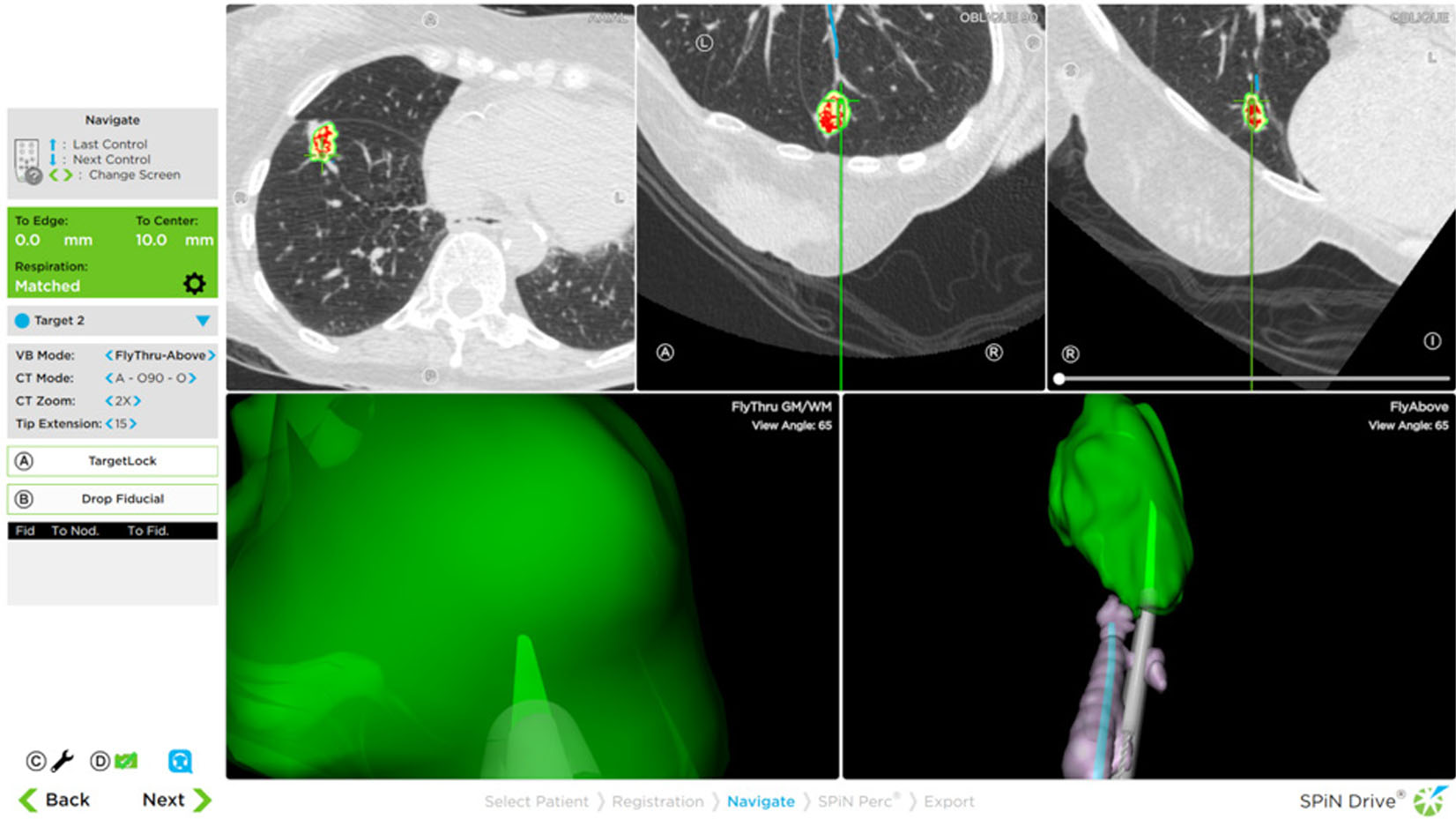 Patient History
This patient is a 75-year-old female with a 40-pack year smoking history who quit approximately six years ago. She presented to her PCP with complaints of a persistent cough. The patient underwent a non-contrast chest CT which demonstrated a 2.2×1.4cm spiculated right lower lobe (RLL) nodule as well as a 1.1cm subcarinal lymph node. The patient then saw a medical oncologist, who subsequently referred her to a thoracic surgeon. Dr. Chan saw the patient in clinic and discussed the high likelihood that the lesion represented a primary lung malignancy. Due to the enlarged subcarinal node, Dr. Chan recommended a navigated bronchoscopy procedure utilizing the SPiN Thoracic Navigation System® to obtain a tissue diagnosis, as well as an EBUS to invasively stage the mediastinal nodes.

Planning
Dr. Chan utilized a same-day inspiratory and expiratory CT scan with SPiN Planning® software. The volumetrics of the software revealed that the RLL nodule was 24mm in size and moved 30mm during the patient’s respiratory cycle.

Procedure
Dr. Chan started the procedure with EBUS. After obtaining adequate samples, he proceeded with navigation. Dr. Chan was able to successfully reach the RLL target utilizing the tip-tracked serrated forceps and the 19ga needle. Respiratory gating was crucial due to the 30mm of target motion. The final pathology report revealed that EBUS demonstrated no malignancy in the mediastinal nodes, with adequate sampling of the subcarinal node, but the navigational bronchoscopy with the SPiN System® revealed adenocarcinoma. 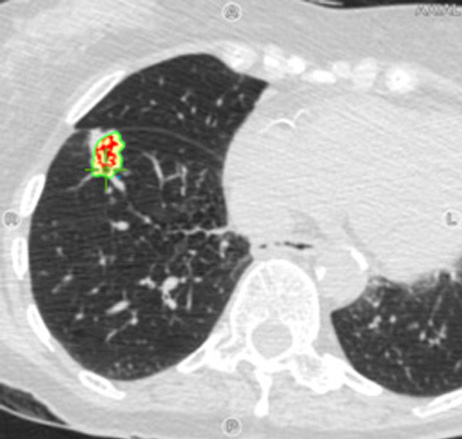 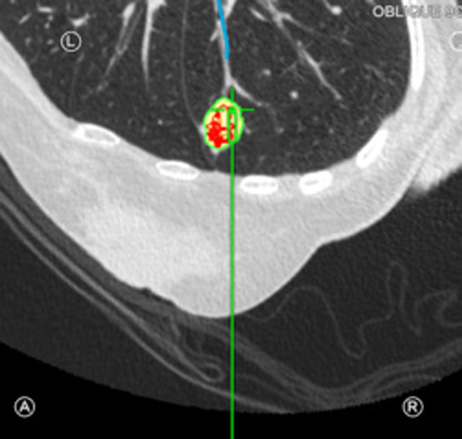 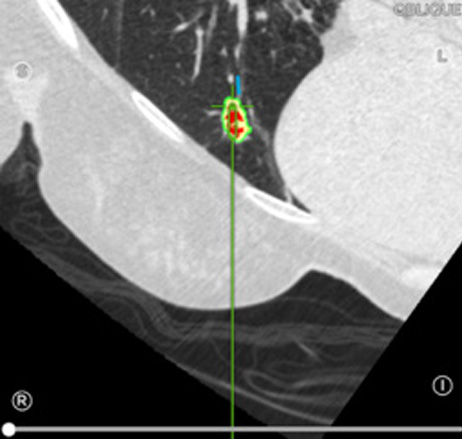