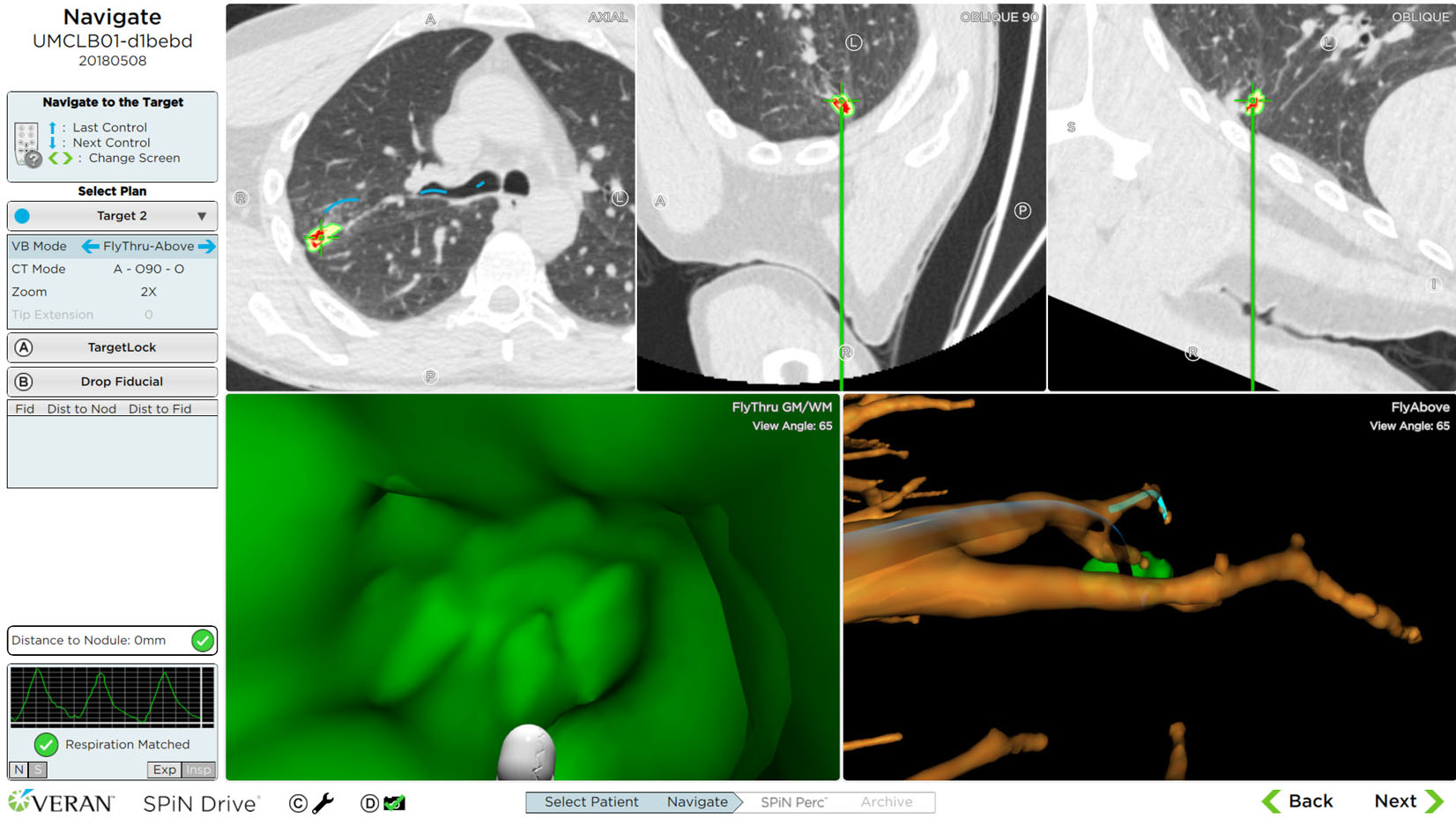 Patient History
This 58 year-old male had a history of prostate cancer in ’07 and a history of smoking. Additionally, he was near a burn pit for eight months while deployed overseas. The patient also reported having the flu one year prior with dyspnea, cough, and chest pain. Imaging showed fluid in his right upper lobe (RUL). He was placed on an antibiotic regimen and repeat imaging was later conducted, which showed a spot in the RUL. He was referred to Southwest Cancer Center (SWCC) for further evaluation.

Planning
Dr. Yepes-Hurtado utilized a same-day Inspiration/Expiration CT scan following Veran’s CT protocol in conjunction with SPiN Planning software® to segment a 20mm target located in the RUL. SPiN Planning® software detected that the target was moving approximately 24mm due to the respiration cycle. This was deemed a challenging case due to the distal location of the target, the size of the nodule, the target motion of the nodule, and no direct airway.

Procedure
Dr. Yepes-Hurtado started the procedure with EBUS to obtain samples of lymph nodes and then transitioned to the SPiN Thoracic Navigation System®. After verifying registration with an Always-On Tip Tracked® instrument, the RUL lesion was successfully reached and multiple transbronchial biopsies were obtained. Veran’s respiratory gating technology was crucial in tracking the nodule movement between inspiration and expiration. Dr. Yepes-Hurtado obtained samples using tip tracked serrated forceps and 19ga needle. The samples were sent to the for examination, which revealed Coccidioidomycosis. 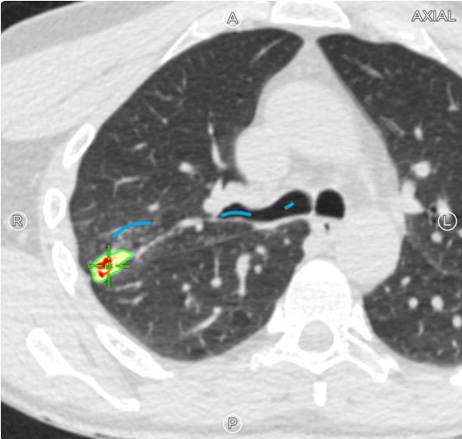 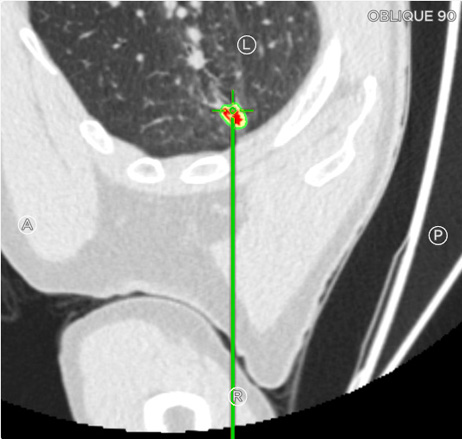 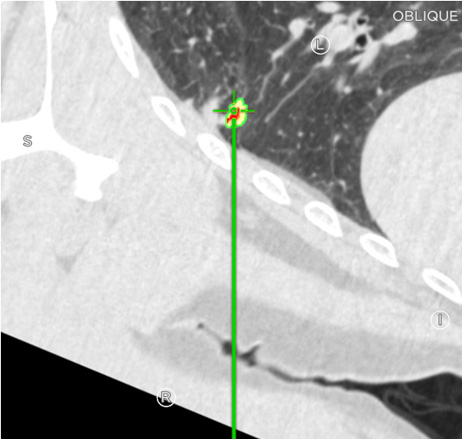