“The SPiN Xtend® allowed me to set a depth/trajectory and gave enough control to confidently penetrate the lesion without direct airway termination within the lesion.” 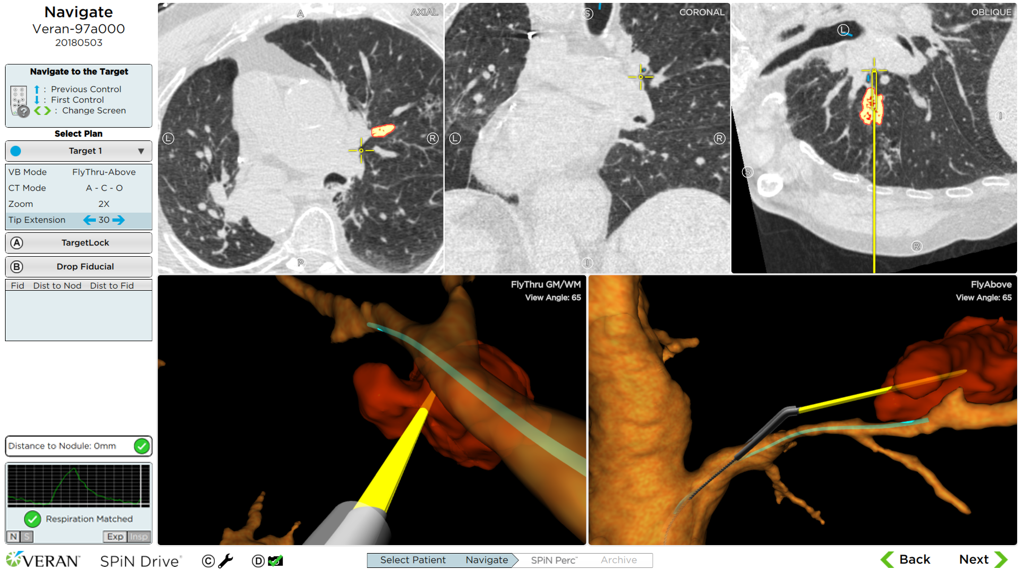 Patient History
The patient is an 82-year-old male, with a prior history of lung adenocarcinoma, status post left upper lobe lobectomy 20 years ago. As part of ongoing surveillance, a RUL nodule was seen on CT chest two months prior to the Veran procedure. Two months prior to the Veran procedure, the patient underwent a PET CT which showed the RUL mass to be avid. Initial biopsies were pursued in the community, and then referred to our center once initial biopsies were non-diagnostic.

Planning
Using the SPiN Planning® software, Dr. Pitts segmented a 44mm target located in the anterior segment of the RUL.

Procedure
Dr. Pitts began the procedure with Linear EBUS and obtained samples from lymph nodes 7 and 11R. Rose called normal lymph cells. He then transitioned to the SPiN Thoracic Navigation System® to obtain endobronchial biopsies. Using an Always-On Tip Tracked® 21ga needle that has a 15mm deployment capability, Dr. Pitts was having trouble puncturing through the airway to access the mass. Due to the difficulty of puncturing the airway, he elected to use an Always-On Tip Tracked® SPiN Xtend® needle with a 40mm deployment capability to puncture through the airway and obtain FNA samples. ROSE called suspicious cells on the first pass. Additionally, three large samples were obtained with the SPiN Xtend® needle and Always-On Tip Tracked® biopsy forceps. 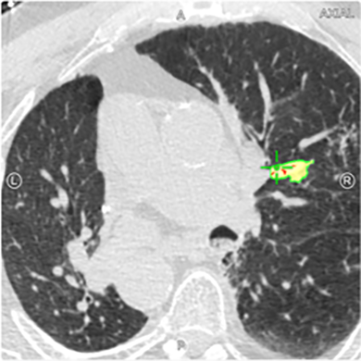 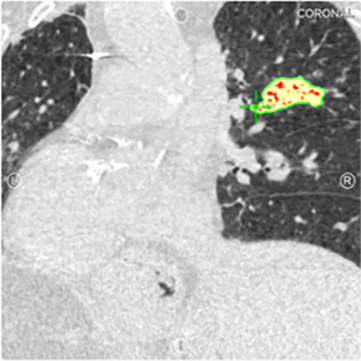