“The SPiN Xtend® needle allowed me to access the left upper lobe mass and obtain enough tissue for rapid onsite examination, which diagnosed malignancy. This allowed for timely completion of the case and assurance that the biopsies were on target.” 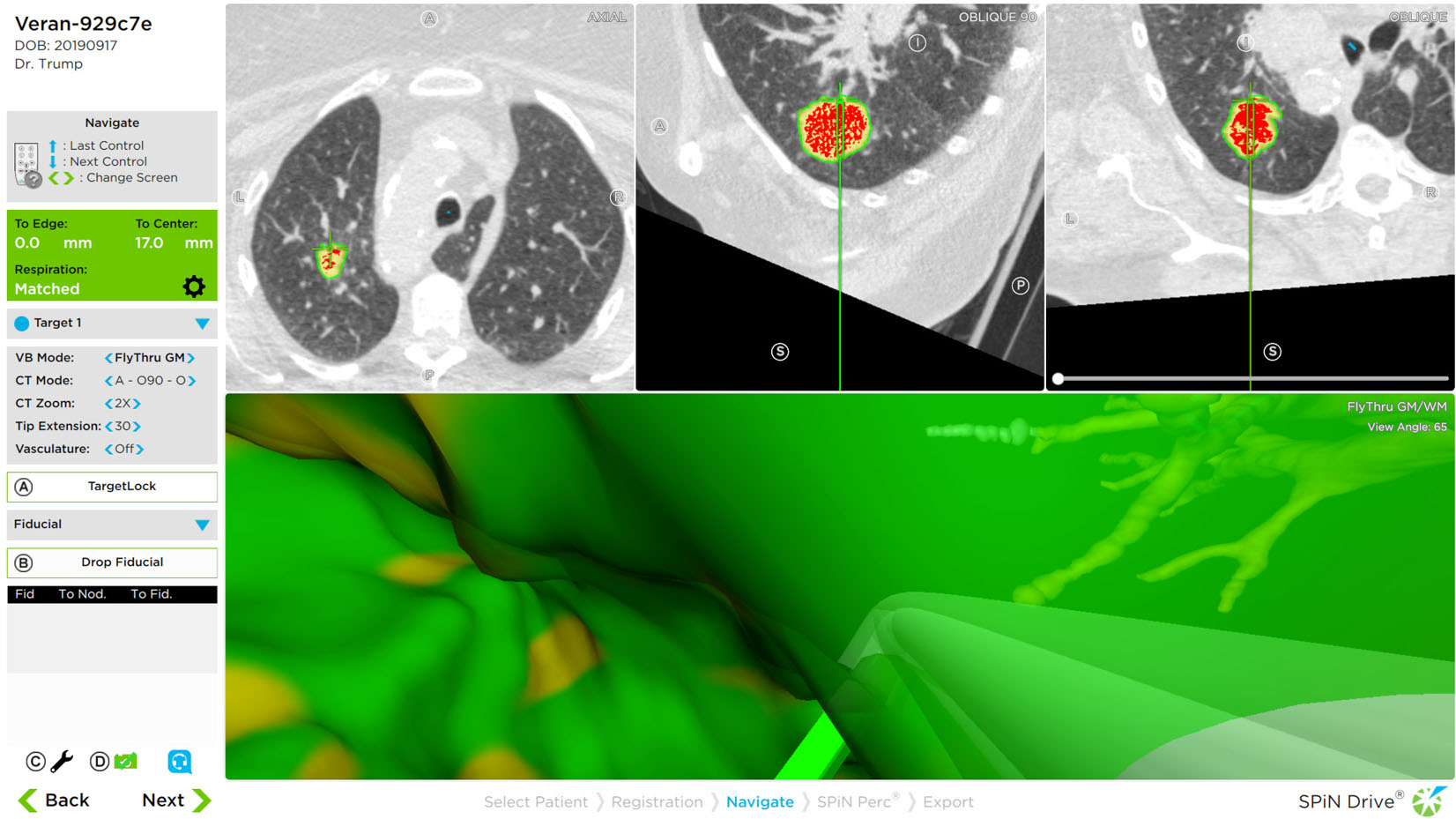 Patient History
This patient was a 64-year-old female that presented with a history of smoking and no history of cancer. The left upper lobe mass was found after a recent PET scan that was ordered due to disease in the liver. The patient was then referred to Dr. Trump and he decided to biopsy the mass with the SPiN System®. 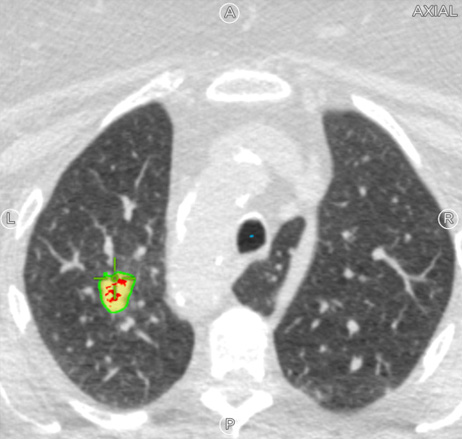 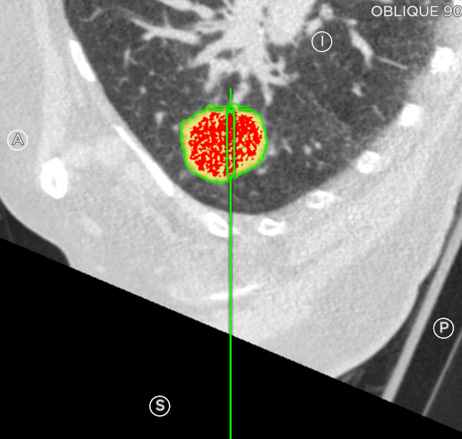 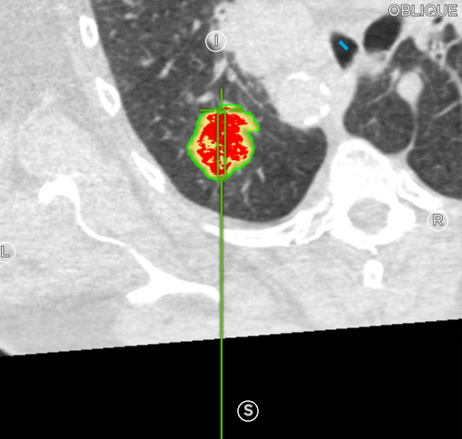