“Veran navigation helped in quickly accessing and localizing this rare Teratoma endobronchially, and then provided a seamless transition to SPiN Perc® for core biopsies when ROSE requested more tissue.” 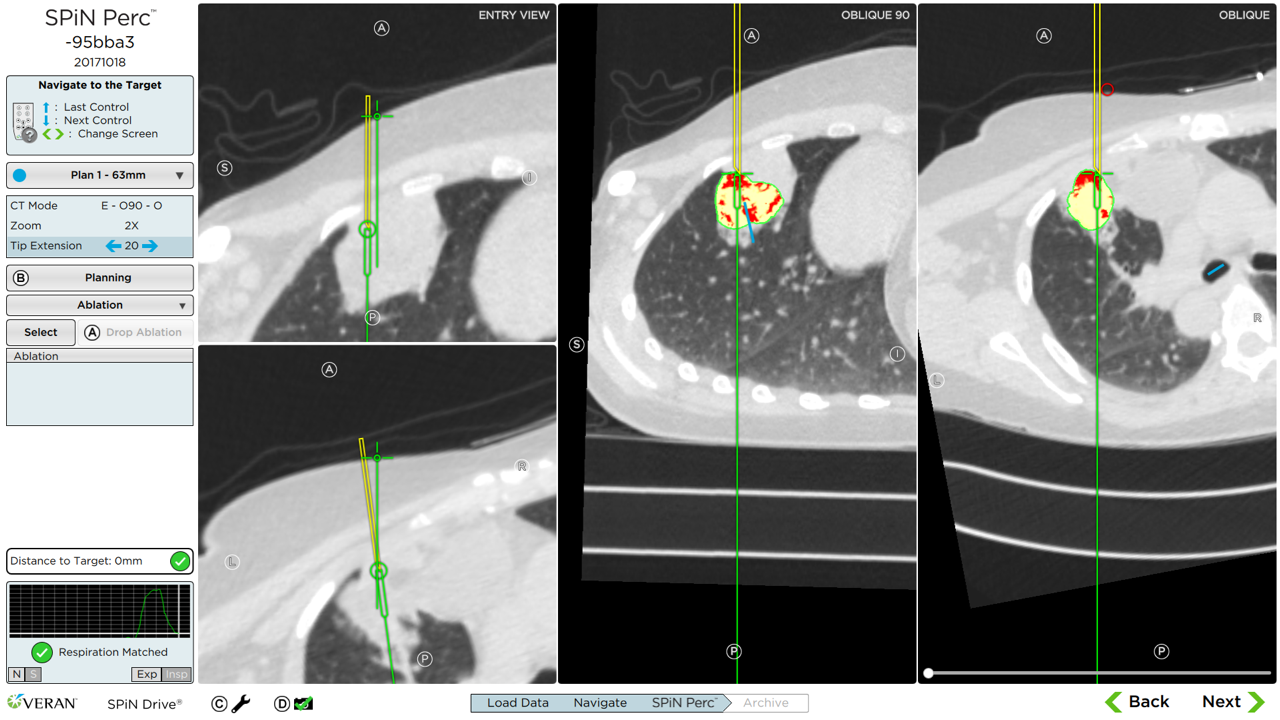 Patient History
This 51 year-old female presented with a 3.1cm mass that started out as a mediastinal mass and ruptured into the lung. She originally complained of chest pain and has a history of smoking, COPD with no prior cancer.

Planning
Using the SPiN Planning® software, Dr. Thirumala planned for both endobronchial and percutaneous navigation for the pleural based mass.

Procedure
Dr. Thirumala successfully navigated to the 3.1cm LUL mass using multiple Always-On Tip Tracked® instruments. He obtained eight biopsies with the serrated cup forceps, five needle aspirations with the 22ga SPiN Flex® needle and finished with a brushing. The biopsy samples appeared “hairy” with many fibrous white hairs and the needle aspirations had a cottage cheese like appearance. ROSE reported seeing some atypical cells and also some keratin material. After seeing this, ROSE requested more tissue so Dr. Thirumala transitioned to SPiN Perc® and successfully navigated to the target, performed several FNAs and obtained five core biopsies that yielded a good amount of tissue. The final pathology reported a Mature Teratoma that was growing hair and producing sebaceous material. She went on to have the tumor surgically removed and recovered well. 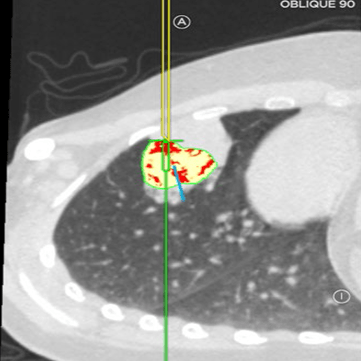 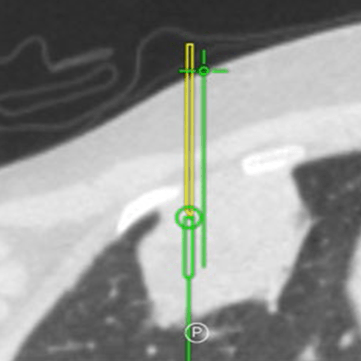 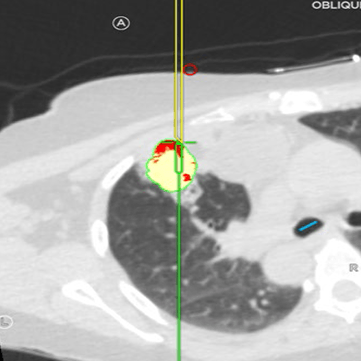