“This right lower lobe nodule was only 14mm in size and had significant movement of 32mm with respiration. The SPiN Thoracic Navigation System® allowed us to biopsy the right lung nodule while accommodating for significant respiratory movement. Rapid On-Site Evaluation was able to make a preliminary call from the first-pass with the tip-tracked forceps, which we fortunately have available at Skagit Regional Health.” 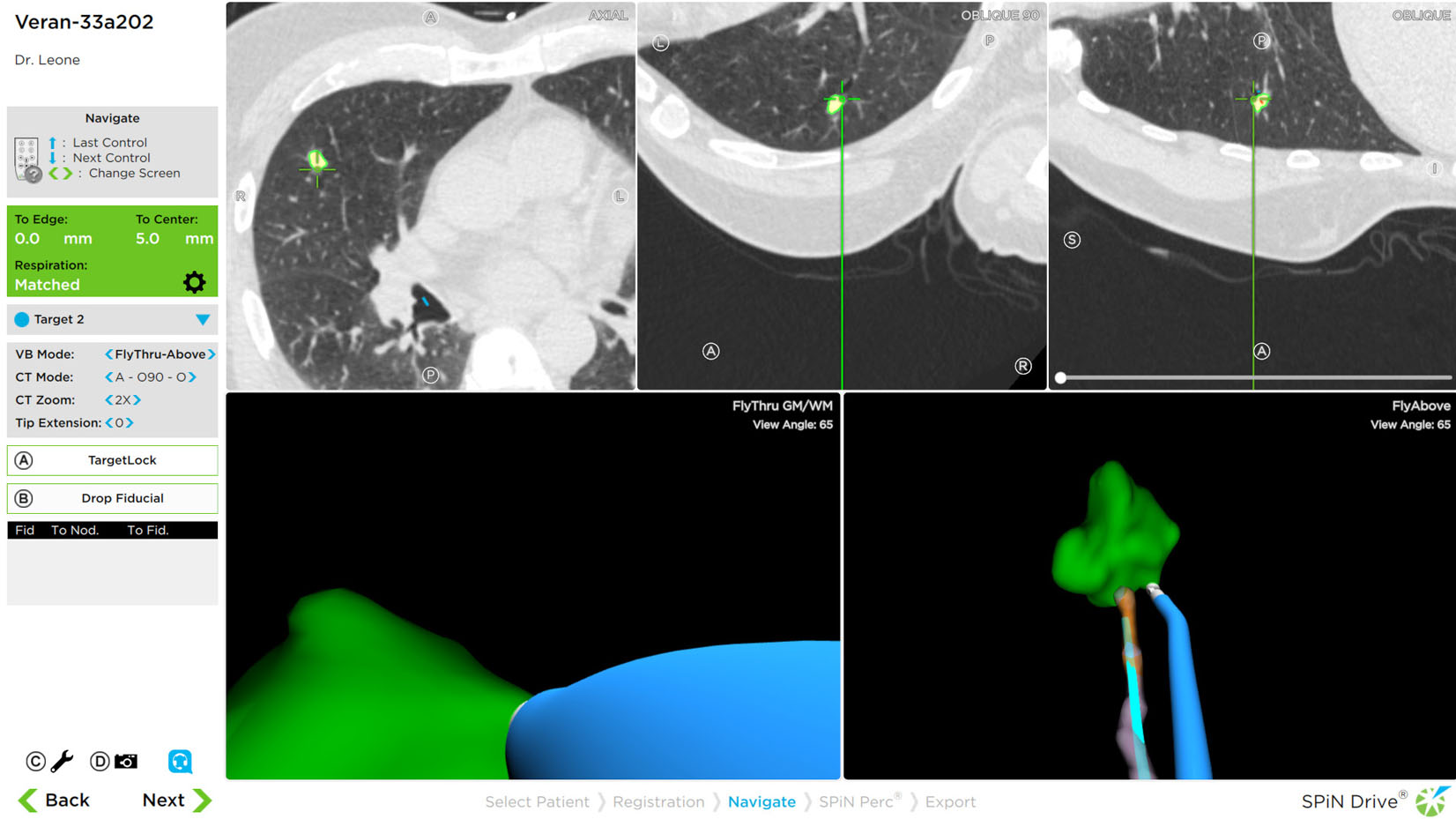 Patient History
This was a 69-year-old male that was found to have bilateral lung lesions. The patient underwent a CT-guided biopsy for the left lingular mass, which revealed infiltrating adenocarcinoma. The patient was then referred to Dr. Leone, who opted to utilize the SPiN Thoracic Navigation System® to biopsy the 14mm right lower lobe nodule.

Procedure
Dr. Leone started the procedure with navigation. After registration, Dr. Leone was able to quickly reach the 14mm target utilizing the tip-tracked serrated forceps. He timed each biopsy with matched respiration since the nodule was moving 32mm between respiration. Rapid On-Site Evaluation (ROSE) was in the room and created a touch-prep slide from the first biopsy obtained with the tip-tracked forceps. Upon inspection of the first biopsy, ROSE noted malignant material. Dr. Leone obtained additional samples for cell block. The duration of the procedure was approximately fifteen minutes. The final pathology report revealed that collected samples were morphologically consistent with adenocarcinoma. The patient will undergo a segmentectomy of the right lower lobe. 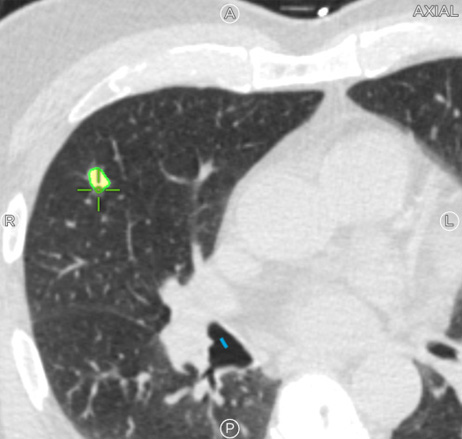 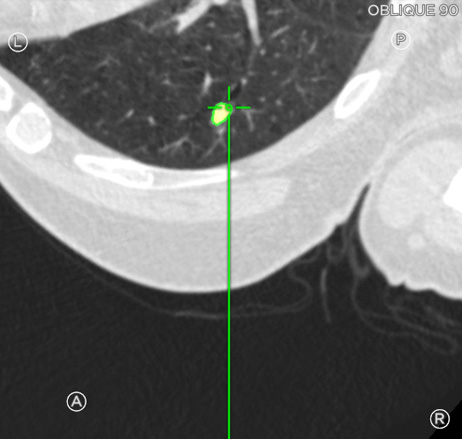 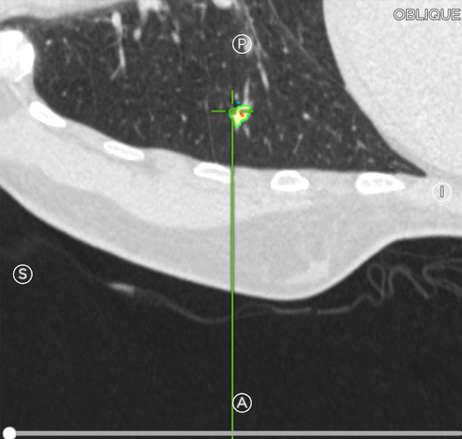