“Veran was incredibly helpful in obtaining a diagnosis in this case. We collected several endobronchial samples utilizing the SPiN Xtend® needle, forceps, 19ga needle, and brush before going in via a transthoracic approach. The ability to seamlessly transition to a percutaneous approach in one procedure was essential to ensure we got enough samples for pathology. Ultimately the Veran platform helped save this patient from a riskier treatment approach.” 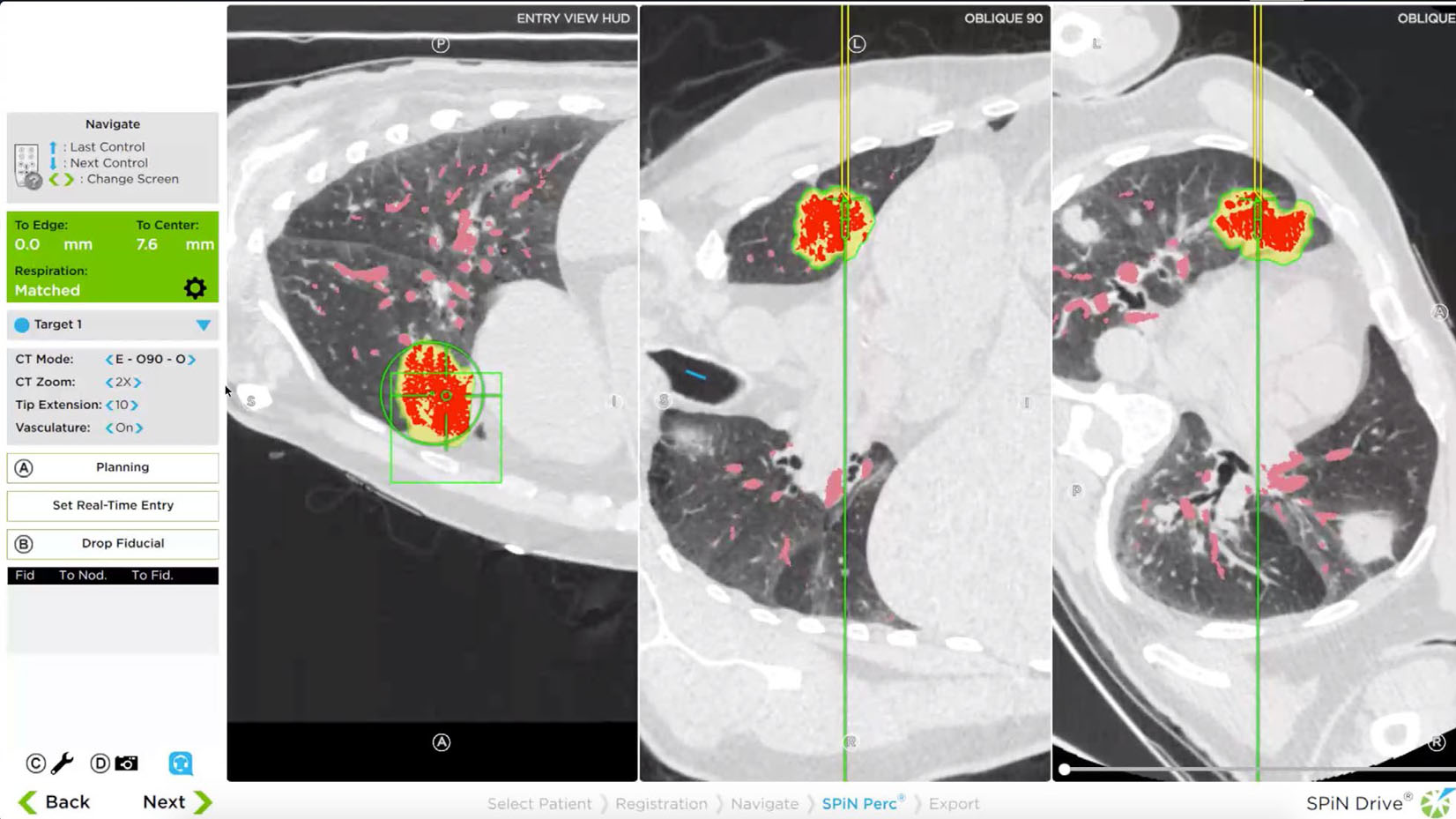 Patient History
This 67-year-old man presented with a persistent cough and was receiving routine CT scans to monitor his lungs. Just one month after a clear chest CT, he presented to Dr. Kirkham with bilateral lung masses. The patient had no history of smoking, but exposure to mold from a workplace. Although Dr. Kirkham suspected both masses were benign, he felt strongly about obtaining a diagnosis as quickly as possible as these masses were not present in the patient’s last CT scan, only 4 weeks prior. He planned to use Veran for this diagnostic procedure to have multiple instruments and modalities available.

Planning
The patient was scanned in the supine position using the Veran CT scan protocol. Dr. Kirkham planned for his procedure using the same-day inspiration and expiration CT scans with Veran’s SPiN Planning® software. He noted both masses appeared to have airway connections and were diffuse in nature.

Procedure
Dr. Kirkham began with LEBUS and sampled several lymph nodes. After all lymph node samples were confirmed benign, he began endobronchial navigation with Veran. Dr. Kirkham easily navigated to each mass and sampled first using the 19ga needle and Always-On Tip Tracked® forceps. He then utilized SPiN Xtend® to access difficult to reach parts of the mass he would have not been able to access with standard endobronchial needles. ROSE confirmed atypical tissue, but did not have enough tissue for a definitive diagnosis. Dr. Kirkham elected to use SPiN Perc® for navigationguided percutaneous biopsy to obtain more tissue. After analyzing several core biopsies, ROSE concluded there was sufficient tissue for final pathology to conclude on a diagnosis. These samples obtained with SPiN Perc® allowed for final pathology to determine a diagnosis of COPD and rheumatoid, allowing the patient to proceed with an oral antibiotic regimen for treatment. Obtaining a diagnosis in this case allowed the patient to avoid a CT-guided biopsy and unnecessary radiation or surgery. 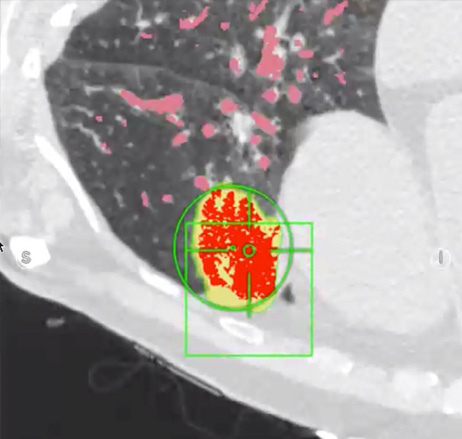 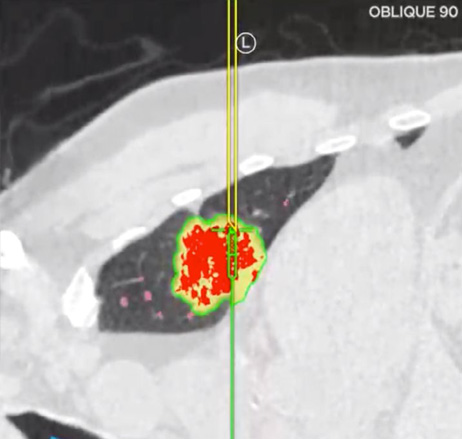 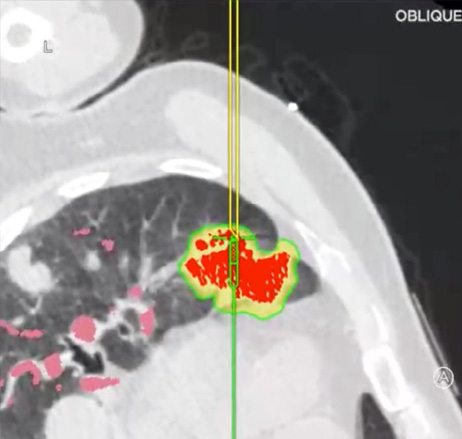