Our leadership team has a shared passion for bringing life-saving solutions to market. They exemplify what it means to be smart innovators in the healthcare space and inspire our work. 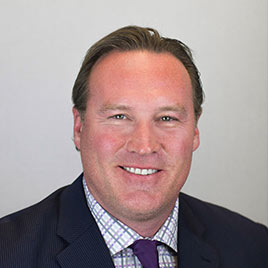 Prior to joining Veran® in August 2012, Jason had an 18-year career at Stryker, a publicly traded Fortune 500 medical device company with an emphasis on capital sales and operating room equipment. During his tenure, Jason served as Global Vice President and General Manager for the Surgical Navigation division, spearheading Stryker’s fastest-growing capital business in 2006, 2009 and 2010. Jason has a B.A. in Business Administration from the University of Nebraska.

Prior to joining Veran® in April of 2016, Kirk had spent 11 years with Stericycle, Inc. where he held a variety of leadership roles.  Stericycle is a Fortune 1000 company that specializes in collecting and disposing regulated substances, such as medical waste, sharps, pharmaceuticals, and hazardous materials, in addition to acting as a service provider for recalled and expired goods.  Most recently, Kirk was Stericycle’s Vice President of Finance of its Environmental Solutions division, where he managed all financial functions and reporting for the business unit.  The Environmental Solutions business was the fastest growing business within Stericycle from 2010 to 2015.  Kirk also led efforts for strategic planning, budgeting, cost accounting, CRM and ERP system implementation, operations, and all aspects of M&A on behalf of Stericycle.  Kirk also held these positions at Stericycle:  Vice President Finance – Communication Solutions; Vice President – Strategic Development; Vice President Operations – Environmental Solutions; and Director – Mergers and Acquisitions.  Prior to joining Stericycle in 2005, Kirk held key leadership positions at several highly-regarded companies including: Eli Lilly, Celadon, Ernst & Young and KPMG. 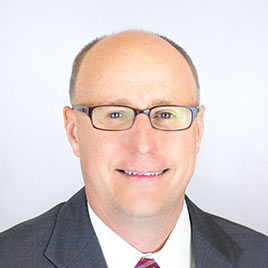 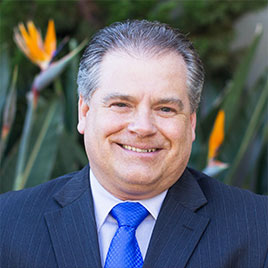 Mark was a co-founder and helped build Surgical Navigation Technologies, Inc. (SNT) from Southern Illinois University in 1993. He and his fellow co-founders moved SNT to Colorado and concurrently obtained an equity investment from Sofamor Danek in 1994. After SNT was acquired by Sofamor Danek and Medtronic, he continued to be a top executive leader until joining Veran® in 2007. Mark has 30 issued image guided patents to his name. 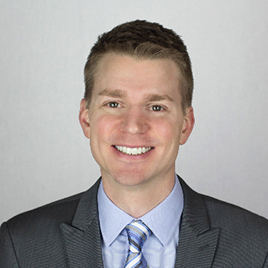 TJ has over 14 years of dynamic medical device marketing and sales experience.  Mr. Meyer is responsible for Upstream Marketing, Global Commercial Marketing, Medical Education, and vSupport®.  vSupport® is a live, on-demand virtual clinical support platform. Prior to joining Veran, TJ spent 4 years at Acclarent, a Johnson and Johnson company.  During his tenure at Acclarent, Mr. Meyer served in numerous marketing and market development roles.  Prior to Acclarent, TJ spent 4 years in sales management and sales roles for both Arthrex and Encore Medical (DJO Surgical), privately held orthopedic companies. TJ graduated magna cum laude with a B.S. in Human Biology from Minnesota State University, and completed his Executive MBA with honors through the University of Iowa. 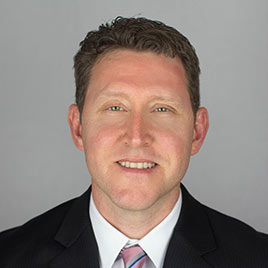 Ryan Denney joined Veran® from Olympus Biotech, where he was Vice President of Sales, North America. He brings over 17 years of dynamic sales, marketing and leadership experience to the team, and has held various leadership positions with Stryker Biotech, Artemis Medical, Baxter Healthcare and Tyco. Ryan has a B.S. in Journalism from the University of Missouri-Columbia.

President and CEO of Veran®

Prior to joining Veran® in August 2012, Jason had an eighteen-year career at Stryker, a publicly traded Fortune 500 medical device company with an emphasis on capital sales and operating room equipment. During his tenure, Jason served as Global Vice President and General Manager for the Surgical Navigation division, spearheading Stryker’s fastest-growing capital business in 2006, 2009, and 2010. Jason has a B.A. in Business Administration from the University of Nebraska.

Prior to joining CONMED, Curt had an illustrious 22-year career at Stryker Corporation, even serving as interim CEO from February to October 2012. During Curt’s tenure, Stryker completed several acquisitions, debt offerings, share buybacks and an enhanced dividend policy. He graduated from the University of Michigan with a B.S. in Aerospace Engineering and obtained an Advanced Management Program Certificate from Harvard Business School.

Carter has achieved numerous highly profitable exits in healthcare services and medical technology, including Suros Surgical Systems, Accelecare, SurgiQuest, OrthoHelix, Invivodata, PerfectServe and Orthoscan. He currently serves on the boards of Nico, OrthAlign and TissueTech. Carter is also an independent board member of Ischemia Care.

Carter holds a BA in Classical Studies from Trinity College (Hartford, CT) where he was awarded the James Goodwin Prize, the oldest academic honor at the college, and received his MBA from Vanderbilt University.

Prior to joining NxThera in 2009, Bob was President, Chief Executive Officer, and a Director of Restore Medical, which was acquired by Medtronic in July 2008. Bob has held multiple finance and marketing leadership positions at Endocardial Solutions, Medtronic and General Mills. In addition to NxThera and Veran Medical®, Bob serves as a Director of Sun Biopharma, Inc. and is a Director and Chairperson for several charitable foundations: Sister Kenny Foundation, Pillsbury Neighborhood Services and the Washburn Child Guidance Center. Bob received his J.D. from Vanderbilt University School of Law and holds an M.B.A. from the University of St. Thomas. He has a B.A. in Accounting, Economics & Political Science from Luther College.

President and CEO of Bardy Diagnostics

Kevin Hykes is the CEO and President of Bardy Diagnostics, a leading developer and provider of remote ambulatory cardiac monitoring and digital health solutions. Prior to joining Bardy Diagnostics, Kevin was an Operating Partner at Revival Healthcare Capital. Previously, Kevin was President and CEO of Relievant Medsystems, an Operating Partner at Versant Ventures, Chairman and CEO of Metavention, Inc., CEO of Cameron Health (acquired by Boston Scientific), and Chief Commercial Officer at Visiogen, Inc. (acquired by Abbott Labs). Prior to Visiogen, Kevin spent sixteen years at Medtronic in the CRM, Neurostimulation, and Cardiac Surgery businesses in the United States and Europe. Kevin received his MBA from Northwestern University and a BBA from the University of Wisconsin. Kevin serves as an independent director at Metavention, Inc. and Veran Medical Technologies.

At Versant, Kirk has co-led investments in several medical companies such as Biotie (public), CardiAQ (sold), Cameron Health (sold), Lutonix (sold), Holaira, Inari Medical, Metavention, NeuWave Medical, Respicardia, Sequent Medical, Veran® and Zyga Technology. Before Versant, Kirk held several commercial positions in Medtronic’s Cardiac Rhythm Management division and, before his business career, he was a professional hockey player. He obtained his M.B.A. from Harvard Business School, where he was a Baker Scholar, and graduated with a B.S. in Biology from Harvard College, where he received the John P. Reardon, Jr. Award as the college’s most outstanding scholar-athlete.

Mr. Cramer runs his own consulting business, has over 30 years’ experience and is a proven and focused medical device & diagnostics CEO. He has significant experience driving change by instilling a culture of high performance and implementing growth strategies as well as operational improvement initiatives, resulting in a track-record of successful exits.

Scott joined Accriva Diagnostics in December 2013 as the President & CEO. The Company had a portfolio of diagnostics devices for coagulation and platelet function testing. The Company closed all NJ operations and moved to a new facility in San Diego. Accriva was successfully sold to Werfen Life in January 2017 for $380M.

Prior to Accriva, Scott worked as an EIR with Warburg Pincus in 2013. From March 2010 to Dec. 2012 Scott was President and CEO of Novasys Medical. The Company was focused on treating women with stress incontinence. Novasys was sold to Roper Industries in Dec. 2012.

Prior to joining Novasys, he served as President and CEO of Bacchus Vascular, a company focused on peripheral vascular disease, where he successfully negotiated the sale of the Company to Covidien plc in March 2009.

Previously, Scott was the Senior Vice President of U.S. Sales and Services for VNUS Medical, which was also acquired by Covidien plc. Scott joined VNUS in 2000.

Scott currently serves on the Board of Directors of Veran Medical®, and is Chairman of Biocoat Incorporated. Scott served as Executive Chairman of NeuWave Medical (Sold to J&J April 2016, $300M), and has also previously served on the Board of Directors of Accriva, Vascular Insights, AccuVein, Venous Health, Novasys and Bacchus. He serves on the Investment Advisory Committee for Venture Investors. He holds a B.S. degree in Finance from Philadelphia University.

Learn more about the SPiN System®.

Contact us today
© 2021 Veran Medical Technologies. All trademarks are the property of their respective owners.